Shelby Houlihan, the US record holder at both 1500m and 5000m, has had her four year ban for testing positive for the steroid nandrolone upheld by the Court of Arbitration for Sport (CAS). The headlines since the ban have focused on Houlihan's assertion that she ate a burrito containing pork just hours before the test, which would explain the presence of nandrolone in her system.

The 28-year-old American runner, who was a serious medal hopeful for this summer's Tokyo Olympics, will now miss those games, as well as the 2024 Olympics in Paris. Her heartfelt statement and video in light of the decision has drawn a lot of sympathy, especially in American running circles.

The story about her badly timed burrito and about WADA's policy on the intake of pork, and the fact that the the testing lab refused to consider any of this, does seem very unfair on the surface. But, of course, that is all very much one side of the story.

"I’m going to continue fighting to prove my innocence. I will not sit down and accept a four year ban for something that I did not and would never do.”

While Houlihan's emotion is clearly very real, her actual explanation doesn't make all that much sense. The CAS statement on the decision released yesterday made it clear there was a unanimous decision that her burrito story wasn't credible.

Finally, the CAS Panel unanimously determined that Shelby Houlihan had failed, on the balance of probability, to establish the source of the prohibited substance. As a result of which she was found to have committed an intentional ADRV and sanctioned with a four-year period of ineligibility starting on 14 January 2021

In the past, there have been cases where the CAS didn't exonerate an athlete based on claims such as this, but reduced the length of the ban significantly due to uncertainty. It's very telling that the four year ban was maintained for Houlihan.

In her statement, Houlihan spoke specifically of a burrito she consumed 10 hours before her drug test, citing studies that nandrolone occurs naturally in some pigs. The key is some. Speaking to NPR, Dr. Heather Fowler, who leads the American National Pork Board's division of producer and public health, says that while uncastrated boars have been linked to nandrolone test results in the past, the meat from those animals makes up only a sliver of the market.

"Some research suggests the naturally occurring hormones in the meat and organs from intact male pigs (boars) can impact nandrolone test results but the vast majority of the pork consumed in the U.S. does not come from boars."

It is highly unlikely the Mexican food truck the finely tuned Olympic athlete decided to eat a burrito from was serving the kind of pig offal that would naturally produce nandrolone despite her seeming to suggest it's commonplace in her statement.

It’s been a day full “I choose to believe” statements. I can’t believe how many people’s reaction is “the system must be screwed up, she’d never dope”, having heard literally only one side of the story. It still strikes me as remarkable how specific her statement is, and the...

Not that the system is infallible. There’ve been cases where you can look at the evidence & genuinely think “This is really harsh on the athlete” (the Colvert case is one such). This isn’t that (yet). It’s a pre-emptive attack on the system based on…what, exactly? Desired trust?

In 2017, she improved on this time by two seconds but finished in 13th at the 2017 World Championships in London. In July 2018, she broke the American record for the 5000m, running 14.34.45, and a year later finished 4th, setting another American record, in the 1500m at the World Championships. Just last year, Houlihan beat her own American 5000m record, in a time of 14.23.92, almost 45 seconds faster than her Olympic time four years earlier.

In the US Athletics community, Houlihan is receiving plenty of support, with many deeming her explanation plausible and assuming she is the victim of a great injustice.

Several of the Bowerman Track Club women have started sharing their own statements on Instagram defending teammate Shelby Houlihan after the news of her positive test. pic.twitter.com/Bb2RWUwqlB

The support has also created some debate about why a young white American woman tends to be believed a lot more than an American black woman accused of the same thing.

I have a take about the support Shelby Houlihan ruling. I can’t think that a black track athlete gets the same type of support when they test positive for a banned substance in the way she did. There’s a lot to process here.

the U.S. running community is incredibly xenophobic. peep the reactions to ruth jebet’s positive test in 2020 vs. shelby houlihan’s positive test yesterday. african runners are demonized and are always assumed to be guilty in doping scandals. this “us vs. them” shit’s gotta stop. pic.twitter.com/U1A73Wh1QV

We've been seeing a lot of positive support for Shelby Houlihan after it was announced she tested positive for a prohibited substance & will be banned for 4 years.

We may not have heard the last of Burritogate as Houlihan has vowed to keep fighting to clear her name. It is certainly interesting to see the incredulity that is usually met with "simple explanation" excuses for positive tests is somewhat lacking this time, despite the evidence and the decision of the independent CAS. 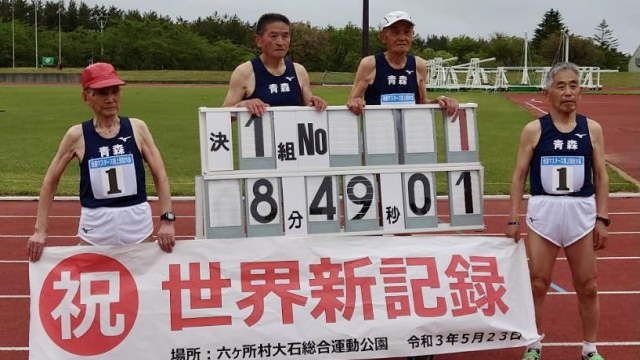