For decades, Ireland was synonymous with success in middle distance running. But the times have changed. Ireland has had two Olympic medalists in athletics in the past 30 years, and it's hard to see a Olympic medal coming any time soon.

Which raises the question: are our best runners competing in the wrong events?

RTE Olympic panelists Sonia O’Sullivan and Rob Heffernan have called on Irish distance runners to consider taking part in the steeplechase as a means to bring home Olympic medals.

O’Sullivan and Heffernan were speaking in the aftermath of the Women’s Steeplechase final that saw Ugandan Peruth Chemutai clinch the gold medal.

It proved to be the first time that a female Ugandan athlete had won a gold medal at the Olympics, as Chemutai saw off the USA’s Courtney Frerichs and Kenyan Hyvin Kiyeng.

Both O’Sullivan and Heffernan noted that Irish athletes should consider targeting the event in the future.

Ireland had two representatives in the women's steeplechase. Michelle Finn and Eilish Flanagan both competed in the women's heats, but neither could come through their respective heats. Flanagan ran a PB of 9:34.86 to finish 12th in her heat, while Finn ran 9:36.26, finishing 9th in her heat.

“What is really interesting about the steeplechase is that it is a relatively new event for women,” O’Sullivan said after the event.

I think 2008 was the first Olympic final. There are 51 athletes in this so there is no semi-final in the Steeplechase.

In a way, there probably should be, but it is probably too much to ask athletes to run three steeplechases in a week.

It is probably relatively easy to qualify for compared to some of the other events and it gives athletes, particularly in other countries that are not Kenya, Ethiopia or Uganda an opportunity to do that.

You can get extra points for your national championships for running national records and things like that, so it boosts your points.

It’s an entry into the Olympic games just like cross-country. Cross-country runners are really good at the steeplechase.

The thing is with the steeplechase is that it is a high-risk event, athletes can get injured in there very easily.

And Heffernan added: “I think we need to start targeting our middle-distance runners who are running 15:20 or 15:30 and tell them they might be a bit more competitive in a steeplechase.

“The top women now are running 14:10 and it just gives them a little more of a scope [to compete].” 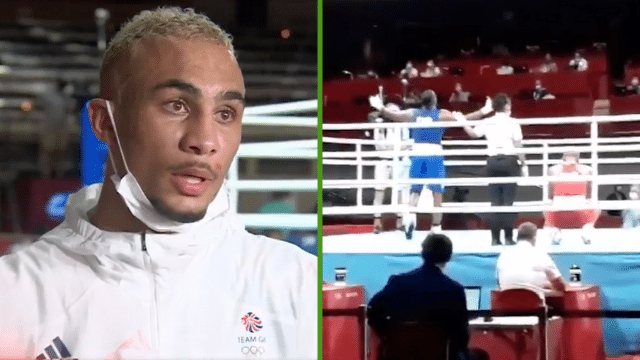 Olympics
5 months ago
By John Dodge
The State Of Play For Irish Olympic Sport - How Are We Fixed For Paris 2024?
Olympics
5 months ago
By Gary Connaughton
Olympic 100m Champion Admits Brit's Doping Verdict Made Him Smile
Athletics
5 months ago
By John Dodge
Mayo’s Sinead Diver Finishes Tenth In Marathon For Australia
Popular on Balls
The Rewind
1 day ago
By Gary Connaughton
Quiz: From Which Irish County Did This Company/Product Originate?
GAA
7 hours ago
By PJ Browne
Insane Drama As Late TJ Reid Goal Sends Ballyhale Into All-Ireland Final
The Rewind
2 days ago
By Jonathan Byrne
The Story Of Meat Loaf's Tour In Ireland During The Troubles Is Remarkable
Football
6 hours ago
By Jonathan Byrne
Roy Keane Enjoyed Dig At Harry Kane For Referee Bias Being 'England Captain'