Sunday night marked the end of IAAF World Championship's in London after 10 entertaining days and record breaking attendances with 701,889 coming through the turnstiles.

It was a Championships that will live on in the memory. From Usain Bolt to Justin Gatlin to Mo Farah and the BBC making fools of themselves, and much, much more, there was always something to talk about at the London Stadium.

For Ireland though, it was a much more forgettable 10 days, and all we're left with is the familiar post-mortem.

Thomas Barr had to pull out of his 400m hurdle semi final due to illness, but even besides that, there was very little for Ireland to cheer.

Rob Heffernan was Ireland's top performer, finishing in eight place in the 50km. That one finish of note was enough to put us on the performance table - in joint last place with Moldova.

Derval O'Rourke has already had her say this week on the poor performance, and today, another Irish legend of the track has had her say.

Sonia O'Sullivan was reflecting on the Championships in the Irish Times  today and it was Ireland's tracksuits and not the poor performances that irritated her:

But it didn’t feel like a good start when the first picture of Irish athletes arriving at the Olympic stadium had them dressed looking more like the New Zealand team in their all black tracksuits. Few countries are more associated with their national colours, so where was the green of Ireland? The singlet was a very nondescript shade of the green, the shorts black.

There is no getting away from it. Whether you like green or not that is our colour. There have been many shades of green down through the years, some certainly nicer than others, but at least you stood out as Irish and that alone can give a boost to the athletes and supporters.

Does it matter to an athlete though what they are wearing? Sonia certainly thinks so, especially on the rare occasion you go out to represent your country.

When I was competing at the highest level, and as much as it’s a great feeling to get out and compete for your country, you want to look good and feel good while doing that.

Sonia even found herself cheering for a team doing a lot more with our colours than we did.

I actually found myself cheering the Ivory Coast athletes, as their flag is Ireland backwards and they really used the colours to great effect on their race kit. 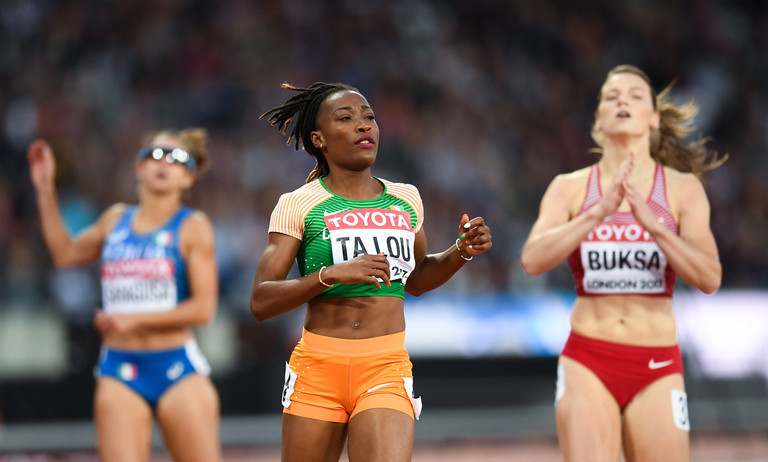 Is this something that bothers you? Should Ireland's athletes always wear green and how much does it matter to their performance?

You can read Sonia's full column in today's Irish Times.

SEE ALSO: "It's The Big Pink Elephant In The Sport" - Derval O'Rourke On The Problems Facing Irish Athletes After London 2017