'A Jogger More Than A Runner' - TDs Reveal Their Personal Bests

"Not for me," was Maria Bailey's response when told by Sean O'Rourke that her 10k time of 53mins 56secs was actually "pretty good", especially considering she had sustained an injury falling off a swing only weeks earlier.

Here at Balls, like the RTÉ presenter, we were quite impressed with the TD's time at the 2015 'The Bay 10k' in Dún Laoighaire, even if it was was slightly slower than other times of hers, as Balls revealed on Monday.

But it got us thinking: how does the Fine Gael politician's times compare with her Dáil colleagues? The Balls Investigations team decided to find out.

After contacting all currently sitting TDs, there was an unsurprisingly low reply rate. A few deputies, however, were more than happy to share their own personal bests. 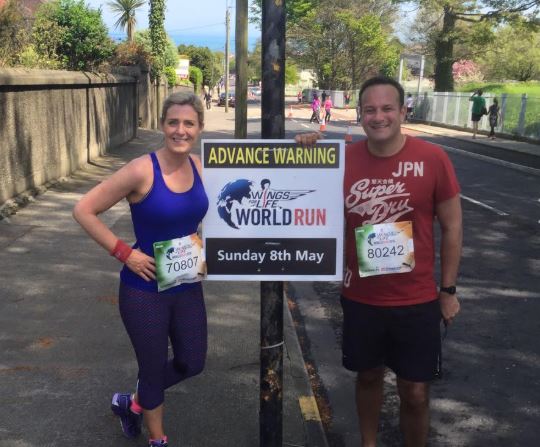 Sinn Féin TD John Brady admitted that he tries to "fit in as much [running] as [he] can." And clearly, all the training is paying off with the Wicklow representative posting personal best times of 20mins 8secs and 40mins 45secs for distances of 5k and 10k respectively.

The Socialist Party's Paul Murphy also has a passion for hitting the tarmac and registered a highly commendable personal best of 24mins 48secs, though he did add that he ran a marathon in 4hrs 5mins back in 2007.

Likewise, Cork's Sean Sherlock, self-admittedly "a jogger more than a runner", ran the Mallow AC 5k in Doneraile Park back in 2017 in 28mins 48secs - though he claims he subsequently knocked two minutes off that time.

Fianna Fáil, too, boast enthusiastic runners in their ranks, with Kildare's James Lawless admitting that he is "always trying to improve." Nevertheless, a personal best time of 25mins 17secs over 5k is not too shabby at all. "One to work on during the summer," Lawless maintains.

His party colleague, John Brassil can run 10k in 61mins 7secs, leaving him with a little bit to find with his party colleague. Over 5k however, he has registered a personal best time of 28min 40sec.

While no Fine Gael TDs responded to our request, we know Taoiseach Leo Varadkar and Minister for Housing Eoghan Murphy are both avid fitness enthusiasts, spotted regularly competing in events around Dublin. 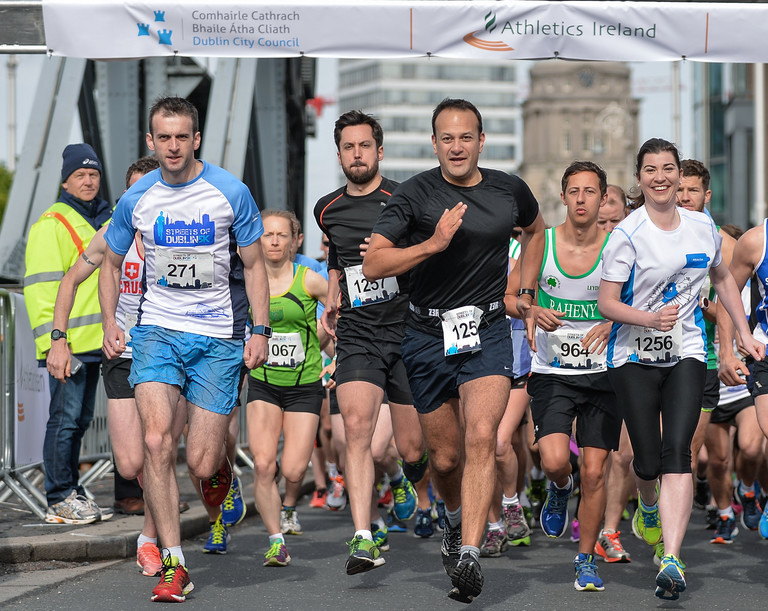 At the Dublin City Triathlon in 2017, the Taoiseach registered an impressive time of 1hr 39mins 35secs while the Housing Minister completed the circuit in a time of 1hr 28mins 39secs.

Whether they were impressed with their party colleague's performance is unknown, though it seems the bar has been set quite high in Leinster House.

SEE ALSO: Any Runner Battling Injury Will Find Solace In This Twitter Thread

Athletics
5 days ago
By PJ Browne
'The One I Get The Most Is, 'How Can You Be Irish When You're Black?''
Athletics
1 week ago
By PJ Browne
Cléirigh Büttner's Record Breaking 800m Continues Incredible Three Weeks
Athletics
1 week ago
By PJ Browne
Ireland's German-Born Pole Vault Record Breaker Has High Ambitions
Popular on Balls
Football
20 hours ago
By Balls Team
The Irish Unfulfilled Potential XI
Rugby
22 hours ago
By Gary Connaughton
Watch: Craig Casey's Debut Initiation Song Choice Was Sensational
Football
22 hours ago
By Gary Connaughton
Watch: Roy Keane & Jamie Redknapp Get Into Heated Argument Over Spurs Squad