Irish Olympian Thomas Barr had to drop out of the 400m final at the Irish Life National Indoor Championships today after he was bumped off the course.

Galway man Cillin Green won the race with a time of 47.19 seconds with Andrew Mellon finishing second. It was Mellon who collided with Barr. Rules state that runners do not have to stay in their lane for this particular event. The incident was reviewed by judges but no infraction was called.

Green now qualifies for the European Indoor Championships in Glasgow which takes place in two weeks time. Barr, who is already qualified for that event, was quoted by the Irish Times after the race when he said " no blame, no. That’s indoor running.” 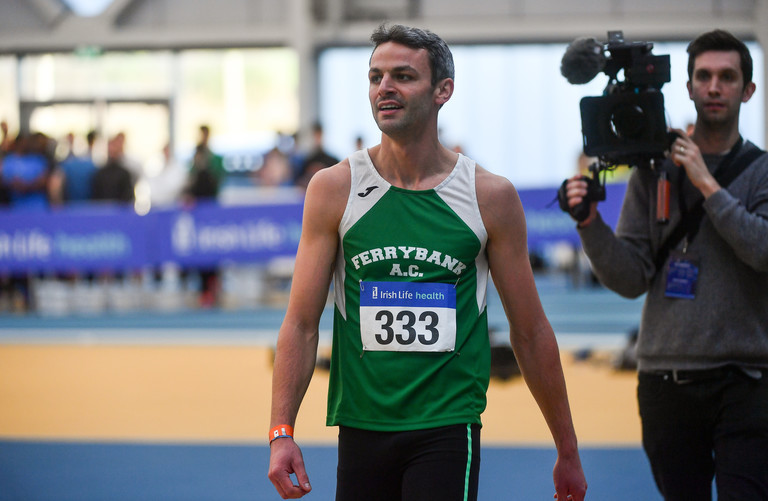 Elsewhere, Phil Healy powered to the women's 400m title with a championship record of 52.81 seconds.