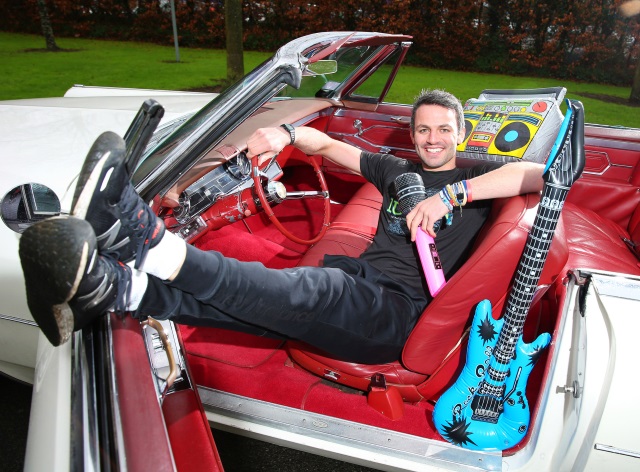 By his own admission, Thomas Barr is not much of a sports fan. Even when it comes to his own sport, this is also true - 'I barely even follow athletics.'

His apathy towards sport in general is illustrated by a story from last year's Olympic Games in Rio where the Waterford athlete finished fourth in the 400m hurdles.

Having just arrived in Rio, Barr, race walker Alex Wright and walking coach Ray Flynn were sat having lunch and taking in their surroundings when they were approached by another Olympian.

It was our first day in the village so we were lapping it all up. There wasn't much to do in the village so when we went for lunch it was always an hour or two, we'd sit around have a bit of food, chat, people watch, having another bit of food. Then the same again, have a chat and the craic.

You get these pin badges, Team Ireland pin badges. All the other teams get them too - Team Norway, Team Denmark, whatever. Athletes will swap them. You get a bag and you swap them with other athletes. You build them up, put them on your bag or accreditation.

This tall blonde girl comes over to our table while we're sitting there, the three of us. She said, 'Hey guys, how are you?' She had a load of badges strapped to her accreditation. She was like, 'Hi, how are things? You're from Ireland. You must have just arrived. I haven't got a Team Ireland badge yet. Do you want to trade pins?'

I said, 'Definitely. Hold on.' But I had none in my pocket. Alex and Ray were like, 'No, we don't have any on us either.'

Ray is a hilarious man. He was messing saying, 'Oh sure go on, you can meet up later.' I was like, 'Are you around later? We can swap.'

She said, 'No. I'm heading home soon.' Ray goes, 'Sure give Thomas your number there and you can meet up later on and you can trade badges.'

Despite Wozniacki being one of the most famous tennis players on the planet, neither Barr or Flynn recognised her. Even her additional fame on this island due to her former relationship with Rory McIlroy did not cause it to click with them.

She went off and we were having a bit of craic messing around. I can't remember exactly how it happened but I think she went off and got food and was talking to us again. Ray summoned her over and said, 'Go on, give him your number there.'

She was like, 'No. I dated a Northern Irish guy once and it didn't work out.'

The penny hadn't dropped with me or Ray yet. She said, 'Have you raced yet? What sport are you in? We were saying that we were athletics and we'd only just arrived and hadn't competed.

'So what about yourself?' She said, 'I got knocked out. I'm heading home for The Open now tomorrow.' She was knocked out in the quarter-finals, or something like that.

We said, 'Unlucky, unlucky. Best of luck in The Open.'

I was like, 'Go on. Give us your number there and we'll trade pins.' She said, 'No. If we ever meet again, it'll be fate.' I was like, 'Fair enough'. She wandered off.

Even when Alex Wright told Barr who he had been talking to, there was still a lack of recognition for Wozniacki's name. It wasn't until he looked her up on Twitter and saw how many followers she has that he finally realised her fame.

When she left the room, Alex turned to us and said 'Do you know who that is?' My heart dropped and I said, 'No. Why?'

He was like, 'It's Caroline Wozniacki?' And I'm still thinking, 'Who?'

Then I went on Twitter and saw she had 2.1 million followers. We tweeted a photo to her holding up one of the pin badges later on. She liked it but no reply.

The 5th annual Affidea Rock ‘n’ Roll Dublin Half Marathon was launched this week by radio DJ Louise McSharry and Olympic hero Thomas Barr. One of Ireland’s largest running events, which saw record number of entries last year, returns to the streets of Dublin's City Centre on 12/13 of August 2017.