Upcoming Usain Bolt Documentary: "Every year I worry, 'Am I Still Fast?"

'The Class Of 92' directors to release Usain Bolt documentary.

Usain Bolt will go down as one of the greatest athletes. Period.

However, it's rare for the general public to get an insight into the man himself. Usually Bolt is a borderline egotist, filled with bravado when stepping up to the starting point. But that's to be expected. It's an individual sport - for the most part - and self belief is necessary if an athlete is to compete at the highest level. Without a shadow of a doubt, Bolt has tonnes of it.

Yet, in the latest trailer for his upcoming documentary, 'I Am Bolt', there are moments when even he - the fastest man in the world - has moments of self doubt.

"I'm the type of person who gets nervous before my first race...Every year I worry, 'Am I still fast?'. This year I've said that I'm having doubts. That I'm not motivated.

But then everything changed. Someone's going to beat me? Hell no"

Evidently, Bolt rediscovered his hunger and desire to win as he entered the Rio Olympics - where he successfully retained the 100m, 200m and 4x100m relay gold medals.

The film is directed by Benjamin and Gabe Turner (The Class Of '92) who documented Usain Bolt's training regime and personal life in the lead up to the 2016 Olympic games. 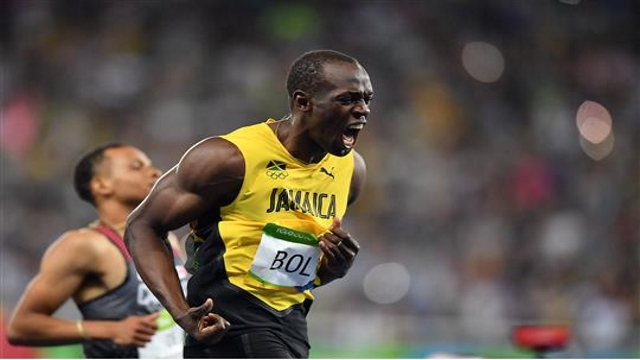 The Usain Bolt documentary is due for worldwide release this coming November.