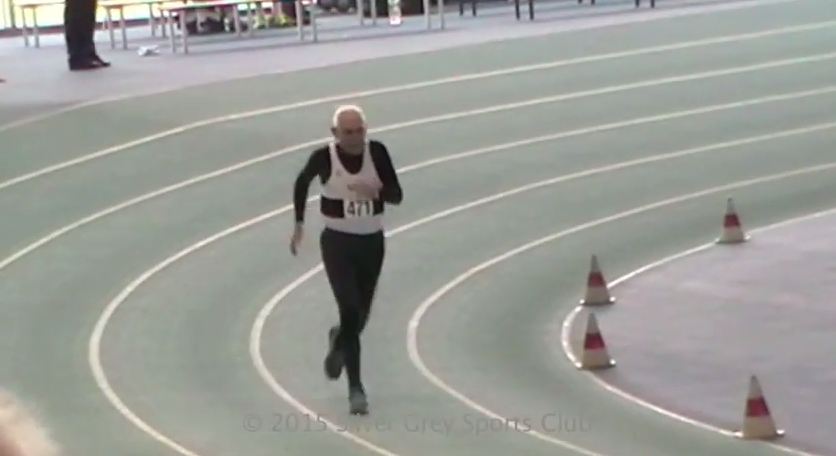 Mr Eugster, a retired dentist, is currently a competitive oarsman and bodybuilder. Yes I said it, a bodybuilder. The 95-year-old set the record (at relative ease) for his age group at Silver Grey Sports Club in London. He had the track to himself as he ran from lane 2.

“It was pure vanity, really. I looked a mess and I was having a late-life crisis. My body was degenerating. I thought: 'Who knows about muscles?’ So, when I was 87, I joined a bodybuilding club.”

His record knocked a massive 2.4 seconds off the previous record, held by American Orville Rogers back in March 2013. Having created history, the super-fit pensioner's first thoughts were to thank his supporters over Twitter.

Next time you think your not fit enough to go for a run or cycle, use this guy as inspiration.