The final individual medal of Usain Bolt's career was not gold but instead bronze.

The final of the men's 100m at the World Championships was won by American Justin Gatlin in 9.92. The fastest man in the world this year, Christian Coleman - another American - took the silver.

Bolt matched his season's best performance running 9.95 to take the bronze. Earlier in the evening, Bolt had lost his first race since 2013 when he finished second in the semi-final to Coleman. 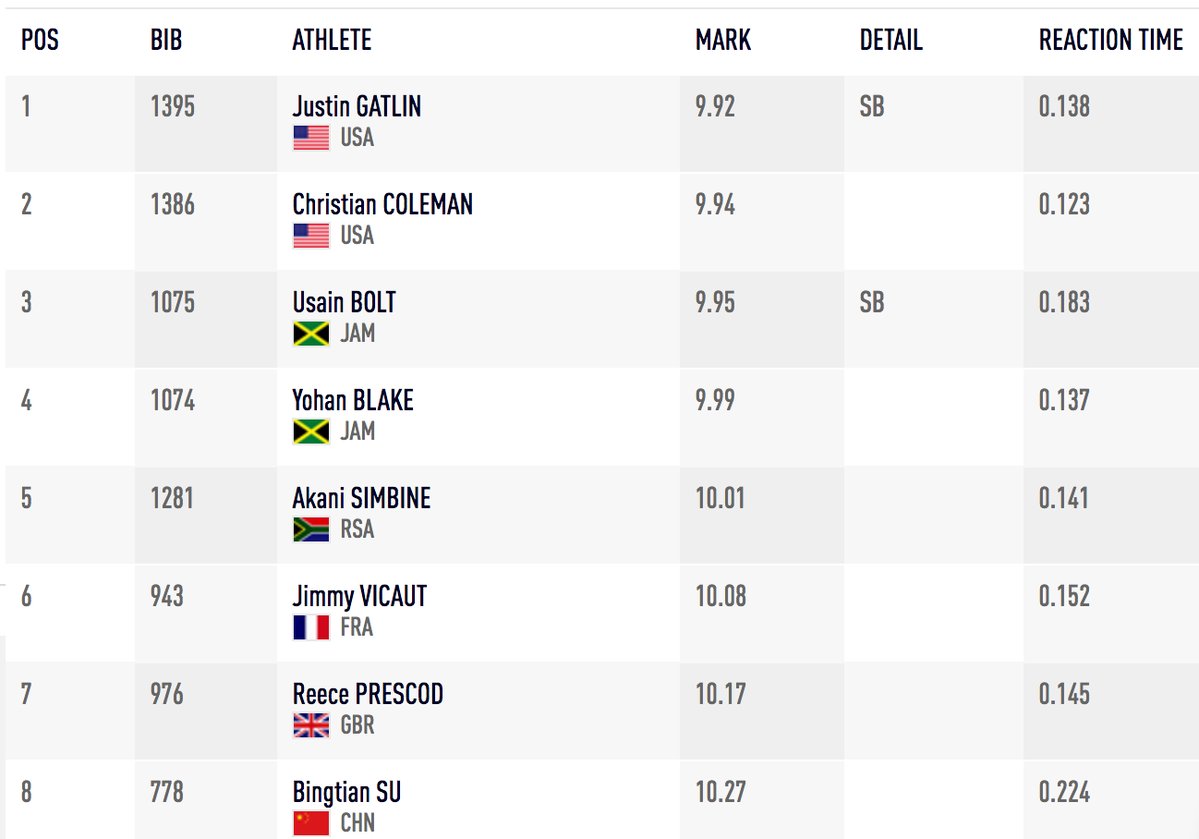 Gatlin has been a real pantomime villain for the London crowd. He was constantly booed through the rounds of the 100m, including when he was introduced prior to the final. The 35-year-old American has twice served doping bans.

As he stood victorious on the track, Gatlin placed his index finger to his lips - a not so subtle message for the crowd.