5 Reasons The International Rules Will Mean No Sleep This Weekend

The International Rules returns this Sunday. Unfortunately for the Irish audience, it is a 5am start which may feel insurmountable after a late night celebrating the Republic of Ireland's 4-0 destruction of the Danes on their home turf the night before. Here's five reasons why you should ride that joyous wave through to the early hours Sunday and brace yourself for another epic test.

The frequent buzzword of makeshift pundits, 'intensity' is all but guaranteed for this series. There was once a time when all the International Rules was erupting with 'intensity' as both sides met with the sole intention of kicking the living daylights out of each other. This generally unfolded with us coming out on the losing, significantly more battered, side.

It ultimately climaxed with the 2007 series being cancelled due to the violence the year before. Thankfully those days of excess aggression are long behind us. However, there is no harm in a good shemozzle or two. The early mutterings from the Australian camp suggest they don't want to lose a third series in a row and will lean on their physicality to ensure that does not happen. Australian squad member Chad Wingard indicated as such in his mid-week interviews:

"This is our job full-time so we've been hitting the gym. We're obviously a lot fitter than they are.

If it's physicality, we've got a few big boys to try and push them around. Whatever advantage we get, and what we think we have, we're going to use.

The beauty of high fielding

As the GAA-sphere quickly learned this year, the mark is great. Its implementation has re-introduced the spectacle that is fielding without slowing down the game in any meaningful way. In International Rules the mark is more pronounced, which may result in longer delays impractical in gaelic football. However anything that increases the chances of seeing Michael Murphy pluck ball after ball out of the sky is worth tuning into. Our Aussie counterparts also know a thing or two about the art of fielding:

A rare chance to view Ireland's AFL stars in action 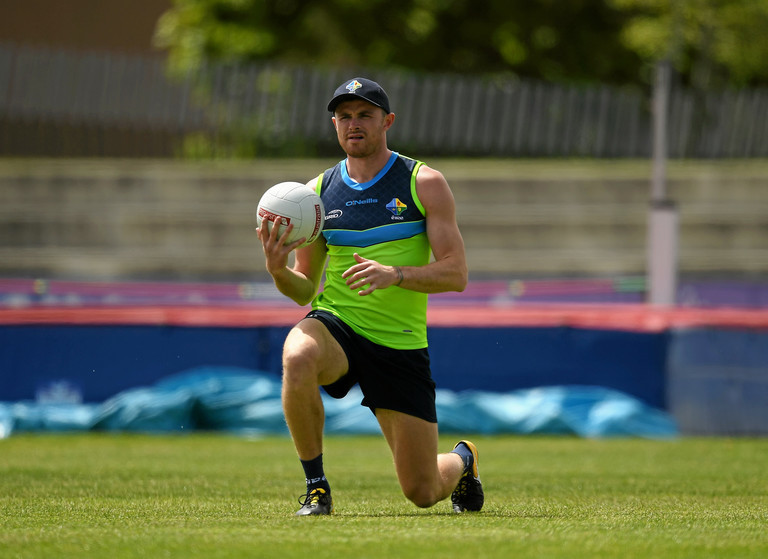 Sunday morning is a perfect opportunity for us to marvel at the specimen that is Pearce Hanley while also Mayo's chance to weep at what might have been. Hanley is an awesome talent. He has just completed a tenth season in the AFL and is now spoken about in the same conversation as Irish AFL legends Jim Stynes and Tadhg Kennelly. He's even brought the GAA 'chip-up' down under:

Geelong and Laois's Zach Tuohy is also in the Irish squad.

The statement 'goals win matches' was never truer than in International Rules. With an invaluable 6 points on offer and an opposition without a trained shot stopper (There are no goalkeepers in the AFL) The Irish contingent always manage to land a couple into the back of the net. 2015's game produced 4, while the last two-test series saw 11 goals over the two games. Goals are compelling and the International Rules guarantees them.

Watching the best of Australia

A recent criticism of the series has been Australia putting forward weaker than desirable sides. 2013 stands out in the memory when Ireland enjoyed their biggest ever series and test wins, defeating Australia over the two games by 101 points. This is no longer the case. The last game came down to four points and Australia's squad this time round is star-studded. Amongst Australian manager Chris Scott’s side are former Premiership winners Joel Selwood, Shaun Burgoyne and Gary Ablett, Brownlow medalists Paddy Dangerfield and Nat Fyfe as well as Collingwood's captain Scott Pendlebury.

Bit of round ball prep for Sunday week in Adelaide

Meanwhile the Ireland squad features 3 recent all-stars in Chris Barrett, Aidan O'Shea and Paul Geaney. It's not often enough that we get to see a combination of GAA stars line-out together. The question of how players like Galway's Shane Walsh will link up with Monaghan's Conor McManus is an interesting undercurrent to watch out for during the game.

The hybrid game is a nice novelty. There is plenty to get excited about, if you want too. It's live from Adelaide this Sunday on RTE 2 from 5am.