There is further good news regarding Bríd Stack's condition after the Cork woman was injured while making her debut for AFLW side Great Western Sydney Giants on Sunday.

The 11-time All-Ireland winner was taken to hospital following a collision late in the fourth quarter of the pre-season game against Adelaide Crows.

"Subsequent scans revealed Stack has a stable fracture of the C7 vertebra and no injury to the surrounding nerves," the Giants said in a statement on Monday.

"She does not require surgery but will wear a neck brace in the short term.

"She is expected to make a full recovery and will remain in Australia and a key part of the team as she rehabilitates from her injury.

"Stack was released from hospital late on Sunday night to re-join the GIANTS’ AFLW squad who are based in Adelaide for at least the next two weeks."

Adelaide midfielder Ebony Marinoff has been charged with "forceful front-on contact" and will face a tribunal for her challenge on Stack.

The 34-year-old Stack, who retired from inter-county football in 2019, signed for the Sydney team in October and moved to Australia with her husband and son last month.

"This was an incredibly unfortunate accident and we’re thankful that Bríd has avoided serious injury," said Giants head of women's football, Bri Harvey.

"Bríd and her family have made incredible sacrifices to come to Australia to play in the AFL Women’s competition and we will be supporting them all the way through her recovery.

"We’d like to thank all those who provided Bríd with the best possible care both at the ground and in hospital across Sunday." 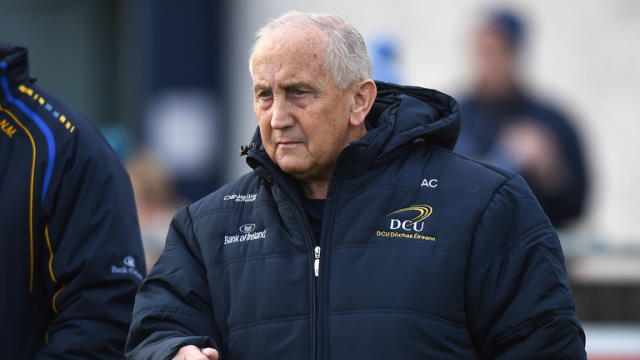