Australian Media, Fans And Players Are All Full Of Praise For Tyrone's Conor McKenna 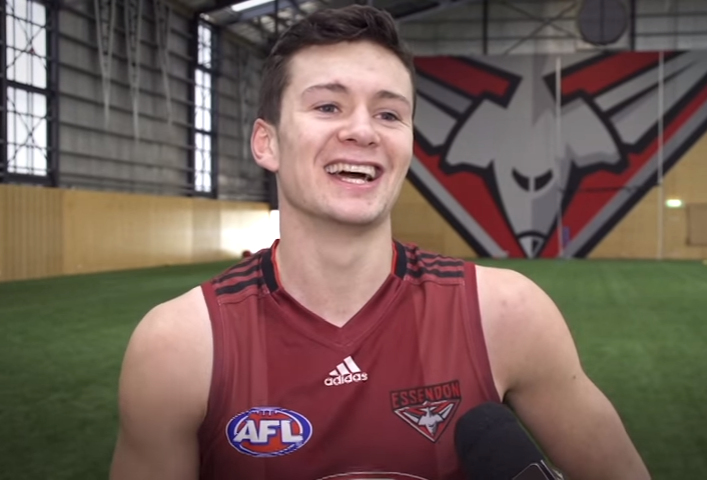 When Conor McKenna left his native Eglish in County Tyrone three years ago, he initially struggled with homesickness.

The then 18 year old had just been drafted as a rookie with AFL club Essendon on a two year contract.

At the time, watching his close friends line out for Tyrone in the under 21 All Ireland Final was a hard pill to swallow. Speaking with the Australia's Hearld Sun, McKenna explained how he toyed with the thought that if he stayed, he too would have a medal in his back packet.

I’d played with those boys for five years and we’d been to two finals and lost two finals. Then the year I left they won. If I had of stayed I would have won which would be unbelievable back home. So I just questioned why I was here and if I actually wanted to be here.

Essendon granted McKenna two weeks leave to return home to Eglish and clear his head. If anything, this fueled him, made him more determined that before to make his mark on the Australian sport. Three years down the line, it is safe to say that he has succeeded in doing that.

When McKenna made his professional debut for the Bombers against Richmond in 2015, he kicked a goal with his first kick of the game. He played two games in 2015 and 12 in 2016, and will surpass that easily this year, having played 9 games so far. He has shown how skillful he is, displaying quick pace and accuracy.

At end of the season, his contract will expire, and he will be up for renewal or transfer. But after his performances this year, and his contribution to the Bombers win over Port Adelaide a couple of weeks ago, Australians have been impressed by the young Tyrone man. It is thought that he is not only one of the best among the Irish talent to break into AFL, but also one of the best young talents that the game has ever seen.

Well I am one to admit when I'm wrong and Conor McKenna has proven me wrong. Well played young man keep it up

We are switched on tonight and our ball movement is super quick. Conor McKenna is emerging before our eyes. #afldonspower

Former Essendon captain Jobe Watson chimed in as well admiring McKenna as a 'real talent', when he spoke with Melbourne radio station 3AW.

They're not afraid to back themselves and he's a beautifully balanced player. The more he plays the better he's going to get and we're really fortunate that the recruiting staff found him, and that the coaches are starting to develop him, and credit to him.

He sees the game so well for a guy that hasn't played a hell of a lot of footy. Not only can he run at such high speed but he actually has composure at that speed.

That's a rare thing to have, a guy who can really break the lines and be running at full pace, but then still find targets long or short, and he's just going to get better and better the more games he plays.

He has clearly made his mark, and impressed the fans and players in Australia. In an interview with 3AW after an Essendon win recently, he showed last week he hasn't lost one bit of his Northern accent. And he hasn't solely devoted himself either to Australia, telling the Herald Sun, that he would love to follow in the footsteps of Tadhg Kennelly and hold both an AFL premiership medal and an All-Ireland medal.

I do eventually want to go back and play for Tyrone but I don’t know whether that’s next year or six years or 10 years. He (Kennelly) is the only person in the world to have an AFL premiership and an All-Ireland medal so it would be unbelievable to replicate that.

After three years spent in Australia, it's clear what Tyrone are missing out on, even if Mickey Harte's loss is the AFL's gain.