Conor McKenna has announced his immediate retirement from Aussie rules.

The 24-year-old informed Essendon teammates of his decision on Tuesday morning. He was contracted to the club until 2021.

"I do really feel the time is now right for me to return home to Ireland,” the Tyrone man said.

"I’ve made no secret of the fact that at some point, I’d want to be returning home to my family and I’ve been weighing up the decision recently. It’s been a difficult year for everyone, but it’s also been a chance to take stock and weigh up several things in my life, so the time is right.

"I will always be grateful for Essendon’s support of both myself and my family since I arrived at the club from the other side of the world at the end of 2014.

"I will miss my teammates and coaches and I want to thank the Bomber fans for their support across the journey too. I will always wish the boys well and hope they see success in the not too distant future."

McKenna played 79 games for Essendon after being recruited by the club in 2014. He made his senior debut the following year.

The Eglish man suffered from homesickness throughout his time Down Under. He endured a particularly tough 2020, finding himself amid controversy this summer when he tested positive for Covid-19 but then also negative several times.

McKenna said earlier this year that it was in his plan to return home at some point to "hopefully play for Eglish and get on the Tyrone panel if I can".

"We understand Conor’s decision to return home to be with his family and while we are disappointed to lose a player of his calibre from our list, he departs the club with our support to return to his homeland," said Essendon general manager of football Dan Richardson.

"In recent years, we’ve had very open and honest conversations with Conor, and his desire to return back home to Ireland has been no secret.

"It has been a very trying year for Conor personally, too, but ultimately we accept that the pull to return home was too strong. We will continue to provide our full support to Conor as he embarks on the next phase of his life." 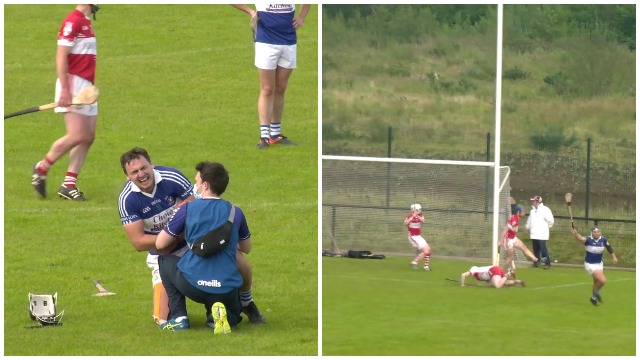