The day of his 20th birthday, Conor Nash focused on typical pre-match preparation. He gently hydrated while preparing his team kit and match bag. Irish social media was abuzz with the news he was apparently on the cusp of his debut. He did indeed travel from Melbourne to Perth and entered Perth Stadium along with his Hawthorn Hawks team-mates.

He took in the warm-up, the consistent stream of fans and the build-up to the crucial AFL game all the while disheartened in the knowledge that for the first time in weeks he was not going to be playing any footy that weekend.

Now he sits on his living room floor, the lower portion of a coach operating as a backrest. His phone is held aloft in front of him as the FaceTime camera captures his face and speech. Occasionally fatigue forces him to swap the device from left hand to right. The medium of the interview ensures his facial expressions are obvious as he mulls over the trials and tribulations of the past two years, an eventful expedition that will hopefully climax with a big pay-off in the near future.

“It is a bit annoying. If somebody gets injured in a warm-up, I might play.” Nash admits with a slight grimace. He runs his hand over his face and a clunky, steel watch briefly fills the screen.

You go the same as everyone else preparing to play but basically knowing you won’t. We’ve had one or two boys pull out with migraines before games and lads get thrown in but you are pretty much not going to play. The thing with last week, I was a carryover emergency which is annoying. The AFL game was on in Perth on Saturday, the same day as the VFL game. So, I wasn’t able to play a game at all last weekend. I’d love to get in the AFL in the next few games… I’ve been playing good footy all year so it has been a bit frustrating, but you just have to try keep going and hopefully next year will be the year.

Nash’s journey to the AFL was not the normal one. In fact, very little about the 6’5, 94kg 20-year-old could be described as normal. A former Meath minor, in 2016, he was faced with the option of studying science and joining the Leinster rugby academy but opted to move Down Under. 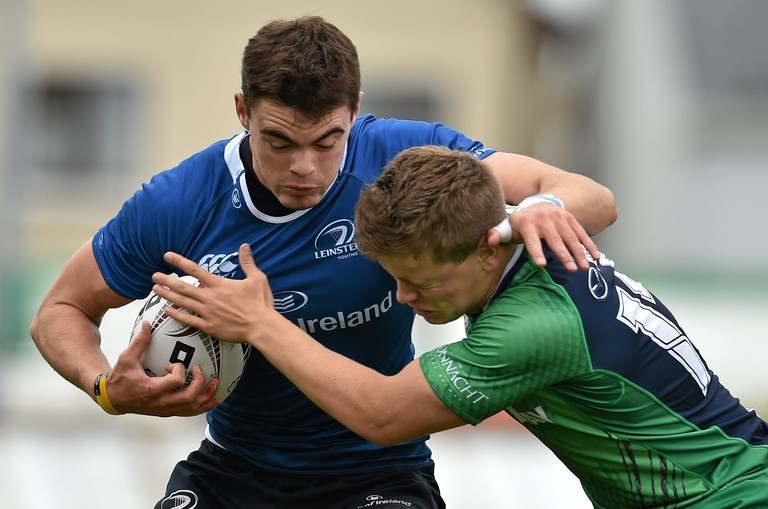 Unlike the majority of Irish recruits, his relationship with the AFL club was long-established. When he was just 15 a phone call arrived from Hawthorn. His father immediately hung up, convinced the Australian on the line was a prankster. A few days later, the caller tried again and managed to convince him of his authenticity. From there the connection was maintained.

They have guys over In Ireland watching secondary school football. They don’t tell us who they are but they have a few lads who watch school football and track minor. That is where they saw me, with St. Pats in school and from there they can see ‘okay, they have progressed to play minor’ and they will follow minor as well. Hawthorn do it differently to a lot of other clubs, they create a relationship when you are younger. The other path is going to the combine that Tadhg Kennelly used to run with Marty Clarke. You do that when you are 17, 18 anyway. The way Hawthorn do it is pretty unique and certainly from Mom and Dad’s perspective it was a lot easier to come over here and know what my routine, my host family, my environment, was going to be like.

A lot of teenagers would jump at the prospect of a professional career, but in Nash’s situation, it was a case of which direction. At the same time that he was mulling over an AFL contract, his relationship with Leinster Rugby was progressing nicely and the fullback was just about to embark with the Ireland U18’s for the Five Nations. Even after choosing to join Hawthorn, Leinster “kept in touch.”

Another Irishman makes his mark, as Conor Nash puts on a brilliant showing for the @BoxHillHawks. ☘️

See what went down in the Round 14 VFL match report. ✔️

It may seem odd to opt for a contract in an entirely unfamiliar sport over an accustomed one, but this is an evident trait of Nash’s. As he discusses his initial foray into the Aussie Rules there is an unmistakable air of exultation. The very characteristic that allows him to prosper on field is the reason for his path off it; Conor Nash loves a challenge. It is through this lens that one needs to frame his grievance about playing time. It is not protestation, it is motivation.

His goal was to not only survive but thrive and Nash’s inauguration was fruitful.

Physically, a lot of the Irish boys are streets ahead. They always say how fast or well-developed a lot of us lads are. So certainly, physically we are flying. The challenge is more with your learning capacity.

Even our skills were fine, it is learning the flow of the game and how things work. Where to run, structures within. For me, that only kickstarted now. Last year it was in theory as I wasn’t playing.

Much like last weekend, the inability to play for the majority of last year was not by choice. A bright start was scuppered by hamstring issues and ultimately it cost him half a season. In the end, the only game time he was involved with was for Simonstown Gaels when he returned to Ireland post-season. A county championship medal under Colm O’Rourke soon followed. Nash will travel home later this year when the AFL season finishes, but immediately shots down the notion of another Championship cameo.

No, no, no! I told the boys not to even put me down, do not name me on any of the panels or anything. I played Championship last year but... Last year, I did it on the sly. I didn’t tell the club, so that probably wasn’t the best. They were a bit disappointed! They just said ‘look, you are a professional. This is your code now, if you were to get injured…’ say if I reinjured my hamstring, it would set me back. It probably wasn’t me best decision. I told them months ago it won’t be happening this year. 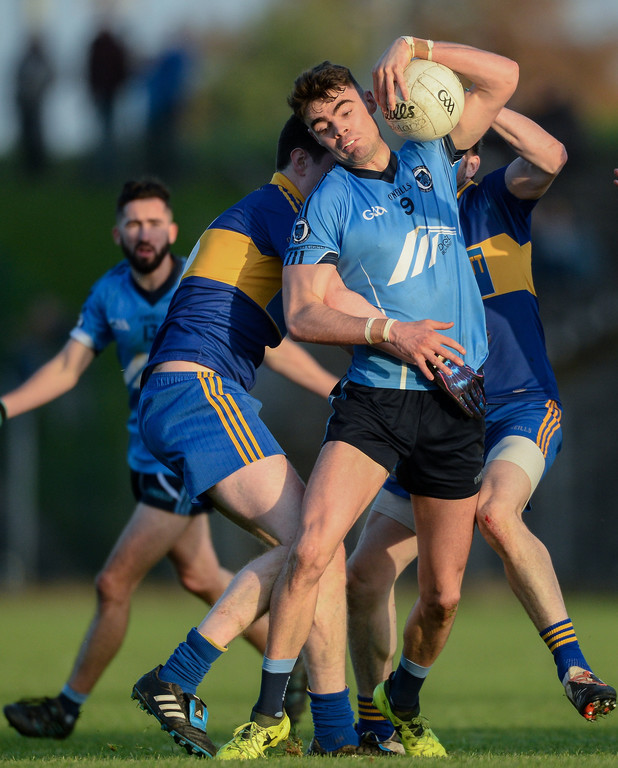 In hindsight, Gaelic football functioned as a mental break. After his injury, Nash embraced rehab and occupied himself with an online university class in commerce. The prospect of finally playing sport again was just too enticing.

"I was just tired of the rehab the whole time, you are actually that much into rehab that it is like pre-season again. I’d had a bad injury, to come back fresh with the boys, even just training. I didn’t do much really, just kicked about. Aw, it was just great to be home with the lads because they are the boys you played with growing up. Winning a championship certainly helped a lot!"

Although he misses the in-game action, Nash is glad to be away from some of the external expectations within GAA. Hawthorn are at the forefront of modern sports science. While Nash routinely racks up 18-19km covered per game, the club are not fixated on contextless stats and instead prioritise accelerations, declarations and high-end speed. This contemporary approach extends to off-field matters, much to his approval.

It is so different to back home when there is a feckin’ drink ban for a whole season. They know that is a complete farce. It does not happen and it is never upheld. We have an alcohol game plan! It is to do with the number of days in between, whether it is a six, seven or eight-day break you can have so many drinks as outlined by that. If it is six days, you are probably only having one or two. If it an eight-day break you can have a good go. The club organise this. They have events, we stick together and socialise together when we can. 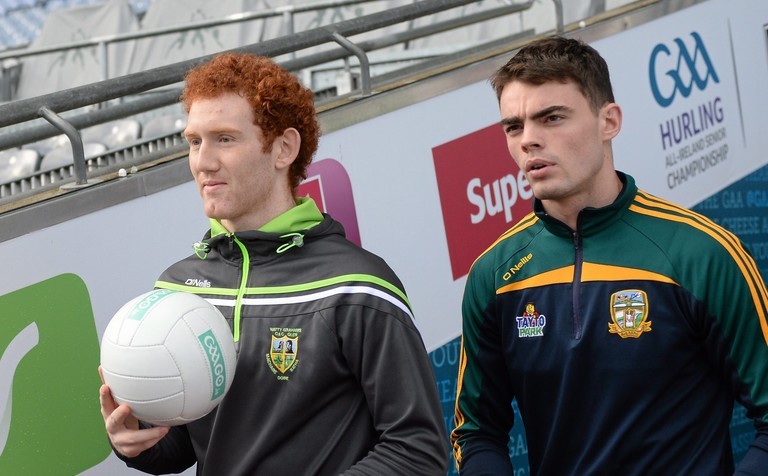 The Navan man is one of several Irish recruits currently based in Melbourne. His house-mate is Derry's Conor Glass who is also with the Hawks while they will soon move in with Cillian McDaid, who is at Carlton along with Ciaran Byrne. Conor McKenna is with Essendon, Darragh Joyce and Ray Connellan are with St. Kilda, Kerry's Mark O'Connor is at Geelong, as is Zach Tuohy. Despite the rival clubs, the Irish unity abroad is alive and well as they collectively seek to forge a career in the AFL.

It's massive, we all believe in each other. There is a lot of us in the same boat. Mark O’Connor, Ray (Connellan), just learning and following on. We always joke it would be brilliant if it was myself and Conor (Glass) started playing against Conor McKenna, having the three Conor's on the pitch would be massive some day. It is not like a rivalry even though they play for different clubs. We are close as a group. We have a good WhatsApp that keeps us close. It’s not about being the best Irish Afl player, we want all of us playing and playing regularly.

Nash is right on cue per the club’s development plan. A debut is tantalisingly close but unlikely to come in 2018 with the season approaching its conclusion. This doesn’t trouble him though. He is in it for the long haul, all the while ready to jump at his inevitable opportunity.

"The idea next year is to be in for round one, smack another pre-season again and then get in for round one from the very start. I think there is a spot there for me. Hopefully, I'll give them reasons. Just have to keep going and don’t look back.

So yeah, you go onto next year, you go again."