"He Is A Freakish Talent. Genuinely, You Watch Him And Think 'Wow!'"

Aidan Corr’s journey from Brocagh, Tyrone to a mainstay in Great Western Sydney Giants' defence was anything but straightforward. He was just a child when his family first packed their bags and departed for Western Australia. After a few testing months, they looked destined to come back.

“All of my family trekked over to Perth. Mam always wanted to go,” he explains. “Dad wasn’t a massive fan. It just didn’t take at first. We almost went back but then we decided to try Melbourne.

“Dad was very attached to home. That passed on to us. I remember we would always watch the International Rules and support Ireland. At weekends we would all go out to Gaelic Park in Keysborough with the rest of the Irish abroad. Dad playing for Sinn Fein, our friend group grew from there.” 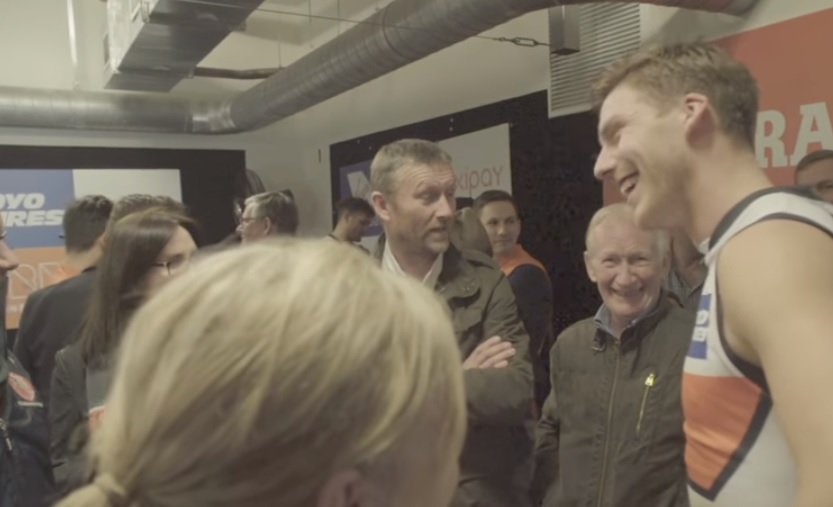 A persistent solution to an age-old problem. Generation after generation bringing Ireland with them instead of leaving it behind. They are links that Corr cherishes. It is thanks to them that the 26-year old has succeeded in the AFL and become a regular for the Premiership contenders.

Backyard battles with his older brother had him primed for a career on the oval. As a teen, he entered the AFL-Australian Institute of Sport Academy program. There an AFL legend became a mentor and trusted advisor. Tadhg Kennelly was just starting out on his post-playing career when he took a shine to his fellow Irishman and began to nurture him.

“It was awesome,” he recalls. “I used to love him when I was a kid. To even meet him was special. We travelled around Europe and he just helped so much with my footy.”

In the 2012 draft, GWS selected Corr with the 12th pick. So it was that he swapped the footy-obsessed Melbourne for a significantly more serene Sydney. For a man who spent the recent lockdown-induced season suspension working as a carpenter on building sites around the city, the move suited him just fine.

He references the pandemonium that surrounded another Tyrone man recently. Conor McKenna’s false positive Covid-19 test saw Essendon’s game against Melbourne suspended last month and an onslaught of speculation and conjecture. There are blessings outside of the bubble.

Melbourne is constant external pressure; it can make or break you. It can get a hold of players. People talking shit when you are out in public. Going to the pub with your mates and it is basically guaranteed someone is coming over to you.

Up in Sydney, there is none of that. It is a massive relief. Totally lowkey. Footy is not constantly in the news or all around you. You can get away.

After moving to the Emerald City, another Irishman was already there setting a standard. Setanta Ó hAilpín was coming to the end of his career when Corr joined GWS. Instantly, the rookie realised what it would take if he too wanted to amass an eight-year career in the AFL.

“I first met Setanta when I moved up to Sydney. He was sort of the opposite to me, he left Australia as a kid whereas I arrived here. Mate, he was a great fella. I still see him when I can now. I remember he worked hard. You noticed it from the off. He trained really, really hard. You wanted to spend time with him.”

The season has resumed but nothing about it feels familiar. Corr trains in a group of eight. They have an allocated slot at the club before they make way for the next batch. Because of that, there are team-mates he barely sees until gameday. Elsewhere, 10 Victorian clubs have moved interstate to escape the COVID-19 outbreak in Melbourne.

The AFL still harbour hopes of a 153-game schedule. While quarters have been cut from the traditional 20 minutes to 16 minutes, the workload is sizeable and injuries are on the rise.

Corr was plagued with issues at the start of his career until a trip to Dublin set him right. He has played every game so far this season and is determined to keep up the streak.

“I popped my shoulder on the first day of training. Because of load management, I wouldn’t do as much running as the boys but in sessions you get smashed. It set the tempo from the off.

I struggled with injuries throughout the start of my career. Ankles and hips. It was actually a trip back to Ireland that helped. A few years ago I spent some time with Enda King, the rehab specialist in Dublin.

Since then I’ve learned to take care of myself. Recovery is huge, especially now. The club are pushing it on us after the layoff. Massage and ice baths regularly. It is just vital. Otherwise you fall apart.

“I always overlooked it at the start. I actually had a Pilates session today, that stuff is hard. The strength you need for little muscles you can’t see, in and around your groins and that. I couldn’t recommend it enough especially at a time like this.”

There are numerous reasons for the success of Irish players in Australia. A significant one lies in the succession. Every convert blazes a path that others will follow. Those successful converts are always eager to advise and assist the new wave. 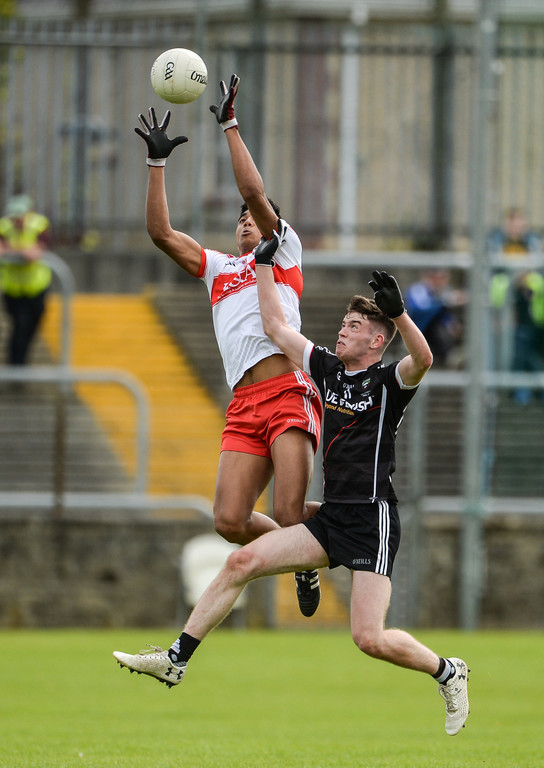 Various figures helped Aidan Corr. He will do similar, with former Derry minor Callum Brown set to benefit. The 19-year old is in the midst of his second season now and a member of Corr’s training group.

What has he made of the youngster?

“He is an animal. Incredibly impressive. It is pretty daunting coming here and he was shy at first. It took some time to find his feet, but he has his training patterns down and he works really hard.

“It is tough, man. He came back from Ireland and had to quarantine in a hotel for two weeks. He still came back to the club in great shape. You can tell he was putting work.

“He is a freakish talent. Genuinely, you watch him and think ‘wow.’ The other day he was running with the footy and soloed it up to himself without breaking stride, little things like that. Once he is up to speed, he can do big things in the game.”