'It's A Great Time For Irish Sport To Put A Stamp On The World. They Could Be The Leaders'

When AFL England president and CrossCoders co-founder Jason Hill recruited three Irish players for the 2019 season, his expectations were reasonable.

"Initially, our hope was that one of them would just break into a starting line-up and be a solid contributor to the team. I didn’t think we would have a superstar off the bat given they were learning a whole new game in just a 12-week pre-season, so that’s only 24 sessions."

"Wow, what they have done has completely blown away any expectations we had. Just look at the contributions they are making, it has been spectacular. Yvonne has kicked a goal per game. Cora has gone from strength to strength this year. Sarah has been one of the shining stars in an underperforming team.

"Ailish has come into one of the best teams in the country and been in the higher end of performances and consistently done what's been asked of her. Aisling, who missed round one, is now one of the most productive forwards in the Western Bulldogs team."

This is a recently created high-performance competition which has succeeded in capturing the Australian audience. Just last week, over 10,000 people packed into the Marvel Stadium to watch games that included both Sarah Rowe and Aisling McCarthy. Not only surviving but thriving Down Under.

CrossCoders is a programme aiming to bring participants from other sports into the AFL. In 2018, they brought 11 Irish prospects to Melbourne for trials which resulted in contracts for Bonner, McCarthy and Considine.

Ladies Gaelic football cultivates a unique skill set that the AFL is increasingly interested in utilising. As Hill explains, all five Irish participants have held their own in the pro game thanks to their GAA background.

They are probably already above Australian talent in terms of their athleticism. We have learned a lot over the last few months. It turns out a lot of girls in the AFL now didn’t play from the ages of 14 to 18 because there was no pathway. They could play with boys until they were 14 and then they had to stop.

Yvonne played with boys until she was 18 and then went into the women's game, most Irish have a women's team underage. Here, that loss of four years developing is a real, real worry for girls in their mid-20s. You can tell just by the physicality and build of some of the Irish players.

"Then in terms of skill, one thing we have definitely noticed is playing on and the ability to kick around the corner. If you sit here and watch the game with some Australians they are like 'Why in the world has Yvonne played on there and not taken the mark!'

"Yet then she has handpassed over her shoulder for them to run in a goal. That’s probably sped up the game in some instances. The agility sides of things, watch Sarah, Ailish, Ash, even Yvonne, the ability to turn corners and side-step opponents. Australian girls are more 'I’ll run through an opponent.'" 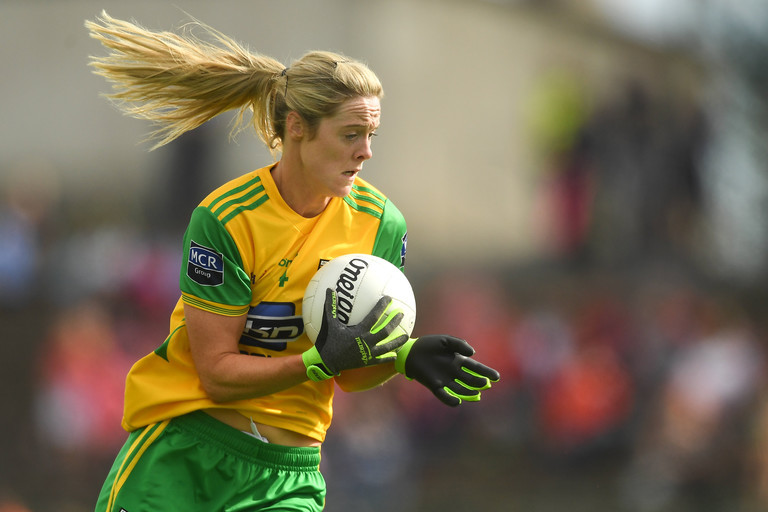 The phenomenal success has encouraged the programme to come back for more. This May, CrossCoders will hold the first-ever overseas camp in Ireland. AFL Europe will co-operate with the event to track and record a variety of tests in a combine-like system provisionally set for Athlone IT.

The event is timely as AFLW continues to expand. As Hill details, there is now a demand that needs to be met.

"In 2020 the league expands by four clubs. That means there are 120 new players required at that level and every club has to delist 8 players at the end of the season. In reality, come the end of April, there will be 200 list spots available for new players.

"Paul Groves, the head coach of the Western Bulldogs has said 'we don’t know where we will get all this talent from. We don’t believe it is in the current U18 and elite level pathways.' The head of the AFL has said the same thing. We need to be very innovative in the way we find this talent for 2020. So, clubs are actually coming to us asking 'how can you help us find players?'

"There will never be a better opportunity for women in Ireland, in the UK or the rest of the world to say 'you know what, I want to give this a go.'

At the heart of it all are five Irish players, leading the way for others to soon follow.

They are trailblazers. Now we believe the youth of today can look at people like Sarah, Ash, Cora, and realise 'Wow, this is something I can do. There is a pathway in place for me.' There will be an explosion of young players considering moving abroad to play professional sports, not even merely in AFL.

Women’s sport will get to a point where opportunities spring up all over the world and elite level sportspeople take it by the scruff of the neck and show what they can do. It is a really great time for Irish sport to put a stamp on the world. They could be the leaders in women’s sport globally.

SEE ALSO: The Revolution In Munster That Has Helped Power Ireland To A Six Nations Title