2021 NBA All-Star Game To Go Ahead Amid Player Backlash

Atlanta will host the 2021 NBA All-Star Game on March 7th, but not without some controversy. Players, executives and city representatives have come out and spoken against the move to hold the marquee event this year.

Last season, the NBA were highly praised for their handling of the Covid-19 pandemic. They had a successful venture to Disney World in Florida in establishing an NBA 'bubble'. This year, with the return of teams travelling to other states, the situation has grown more complicated.

Ultimately, a lot of the decisions in the league boil down to money. Players were reluctant to return in December, but contract payouts would have been slashed if the NBA didn't meet minimum TV requirements. Players have already taken cuts, but seismic drops in payouts would have resulted if they sat out most of the pandemic.

According to the New York Times, the annual NBA All-Star game is worth over $60 million to the league. This comes in a mixture of advertising, television rights and worldwide exposure. It is a huge event each year to try and lure casual fans into the world of basketball.

NBA Commissioner Adam Silver has said the All-Star game is their "no. 1 fan engagement event of the year". He added, "no decisions during this pandemic come without uncertainty and come without risk. And this is yet another one of them."

Vince Carter backs LeBron James saying the NBA's plans for an All-Star Game are a "slap in the face" to its players. Giannis Antetokounmpo weighed in as well tonight, saying he didn't want game either.
Kendrick Perkins: "it breaks the trust" pic.twitter.com/4oBYMoIk2A

One of the more vocal players on this year's game has been none other than LeBron James. LeBron, often regarded as a voice for the players in the league, said holding the game was a "slap in the face". Over two dozen NBA games have been called-off due to positive Covid-19 cases in camps or teams.

Usually, the All-Star game is a weekend spectacle. Fans come from across the globe to the host city for three nights of entertainment, celebrity influenced events and of course, basketball. This year, it'll feel different for a lot of reasons. The packed out courtside seats won't feature the big names around the league and in pop culture.

What has added more fuel to the fire are the words of Atlanta's Mayor, Keisha Lance Bottoms. While the event is an opportunity to showcase the host city, Bottoms is keen to spread a message of the opposite this year. In a tweet, she has asked fans not to come to the city for the game.

Under normal circumstances we’d be grateful for the opportunity to host the NBA All-Star game, but this isn’t a typical year. I’ve shared my concerns w/ @NBA & @ATLHawks & agree this is a made-for-TV event only & people shouldn’t travel to Atlanta to party.https://t.co/Bql0nMGExZ

The NBA fans, players and media have now voted for their All-Star starting five in the East and West. Interestingly, some vocal All-Star naysayers in LeBron and Giannis Antetokounmpo have been selected. The NBA hopes to host the game in a mini-bubble in Atlanta. It's believed players will be flown to a quarantine-like hotel and transported by league there on.

It will be a little different this year as the normal 3-point contest and dunk contest won't be on separate nights. Both will take place on the same night as the All-Star game. The All-Star reserves are set to be announced on Tuesday and will round out the teams. One player pipped for selection, Damien Lillard, weighed up the pros and cons of the game. "I understand that with the kind of money we make, you’ve got to make sacrifices.” 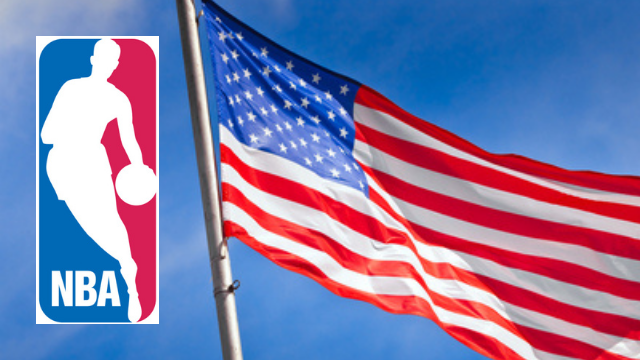