Belfast Star have moved to the top of the Basketball Ireland Men's Super League table this weekend with an 89-79 defeat of Kerry's Garvey's Tralee Warriors. One among a number of Belfast's star performers on the night, Ireland's prodigious young talent CJ Fulton certainly left his mark on the occasion.

Head coach of Belfast Star, former Irish international and father of young CJ, Adrian Fulton was quick to praise his impact in some tough circumstances.

"He has been doing well, we're delighted with him," Fulton senior admitted.

"We didn't think he'd be playing nearly as much as he is. It's more out of necessity - Adan Quinn is injured, Conor is basically playing with one hand, and CJ was given the opportunity and he's grasped it and it's terrific."

One of many important performers for Belfast on the night they moved top of the Super League table, Mike David, Mark Berlic and the 25-points Sergio Vidal Baldovi contributed all helped the cause against a talented Tralee side. 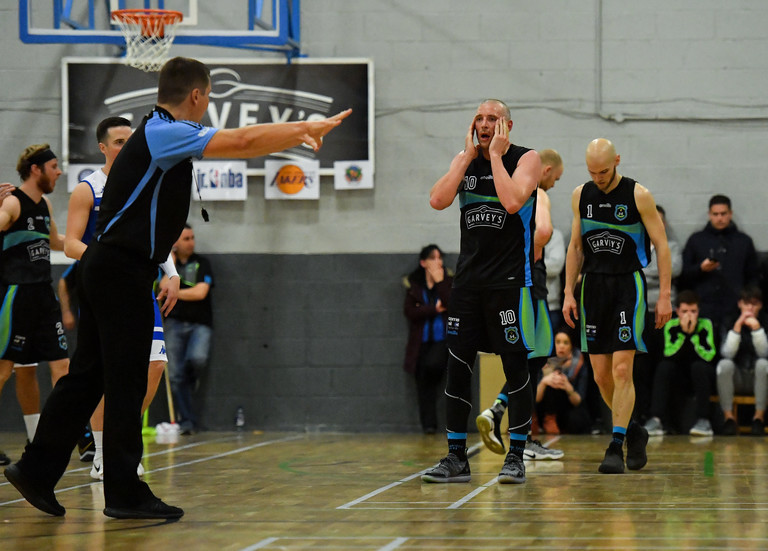 A fiercely competitive tie at Oblate Hall, Tariq Guebaili was DCU's hero on the night, grabbing the match-winning basket with only five seconds remaining on the clock.

Beating last year's Hula Hoops National Cup winners 68-67 in the end, huge performances from Martins Provizors and Mike Bonaparte – who combined for 42 points on the night – helped DCU over the line.

C and S Neptune recorded their first win of the season, edging out old rivals Maree 90-84 on Saturday evening. Relieved to have gotten off the mark, the magnitude of the win wasn't lost on head coach Paul Kelleher.

"Outside of Belfast Star, Maree were probably one of the next in-form teams, having beaten Demons and Marian," Kelleher admitted.

"We knew of their dynamism so how we defended was going to be crucial, and we did that superbly. We still lost our focus in periods, which we need to improve on, but we didn’t let them get too far ahead unlike previous games.

"The test was in a close finish, how we managed the game and we looked really composed. A very, very good performance to get us on the board."

There was plenty of action in the Women's Super League also this weekend.

Solid performances from Courtyard Liffey Celtics and Ambassador UCC Glanmire mean they remain the only two unbeaten teams in the league, with four wins from four games apiece. Shaping up to meet one another next Saturday evening, that record is likely to fall for one of them.

Liffey Celtics were convincing winners against DCU Mercy, running up an 80-57 winning margin in Leixlip. Thanks in particular to their American stars, Briana Green and Allie LeClaire totted up 54-points between them.

Elsewhere, Ambassador UCC Glanmire overcame the threat of IT Carlow Basketball with a 61-49 point win on Sunday. Pyrobel Killester were far more comfortable winners against NUIG Mystics; the Dublin side finishing on the right side of an 82-44 scoreline.

Other Sports
5 months ago
By Balls Team
PREVIEW: Six Teams Hoping To Finish 2019 With A Bang
1