DCU Mercy got the defense of their Hula Hoops National Cup title off to a superb start this afternoon as they ran out comprehensive 77-40 point winners over Ambassador UCC Glanmire in the quarter-final in Dublin.

A storming opening quarter performance from the hosts saw them lead Glanmire 27-6 by the end of the first, with Sarah Woods, Samantha Hyslip and Aine McDonnell the standouts for the reigning champions. They continued to up the pressure, leading 43-24 at half time and keeping Glanmire to just four points in the third quarter to help them see home a memorable win.

“There’s a sense of relief,” admitted international star, Sarah Woods afterwards. “For us today it was about going out there and protecting our title and that’s what we did. It’s all about us as an overall team, it’s easy to stop one or two players, but it’s hard to stop a team and that’s what Mark [Ingle] is building – 12 soldiers - and we’re ready for battle and we’ll be ready for Liffey when that comes around.” 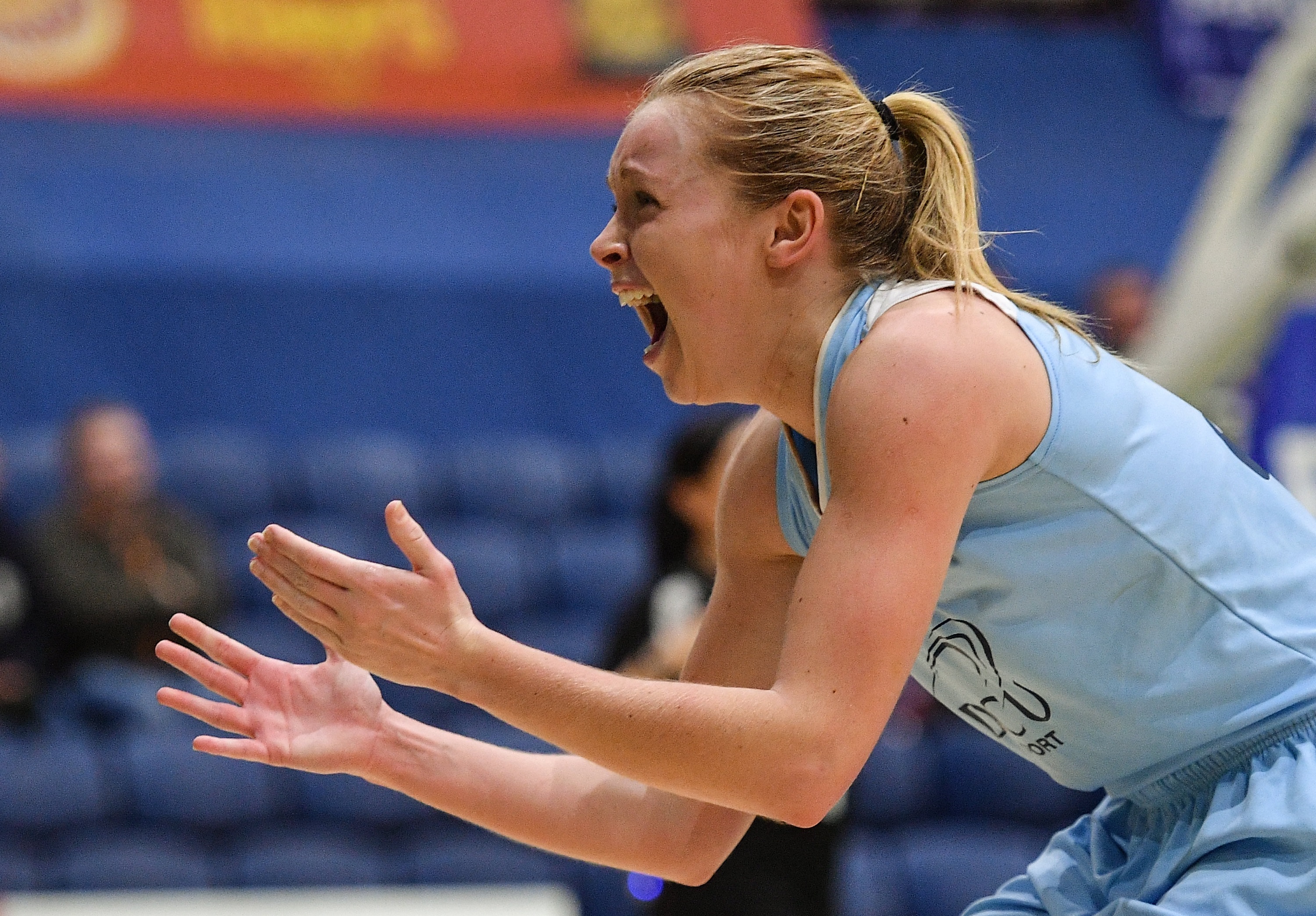 Indeed, DCU will face old foes Courtyard Liffey Celtics in that much-anticipated Cup semi-final showdown in Cork in January. Liffey overcame Maxol WIT Wildcats on Saturday evening in their quarter-final clash to put them into the semi-finals once more, having been knocked out at the quarter-final stages last year by DCU Mercy. Sorcha Tiernan and Aine O’Connor made a big impression for Celtics on Saturday in the face of a very tough Wildcats test to help them run out 68-56 point winners and continue their unbeaten start to the season.

Speaking afterwards, Tiernan stated: “We’re absolutely delighted, it was a really hard fought game. Waterford were really good tonight, they really tested us and we had to pull through at the very end to get the win. We’re delighted to be going back down to Cork, we missed out last year so we’re really excited.”

Over on the other side of the draw meanwhile, a big Cork derby is in store for the second Cup semi-final as Singleton SuperValu Brunell and Fr Mathews came through their quarter-final bouts against IT Carlow Basketball and NUIG Mystics respectively.

Fr Mathews advanced past NUIG Mystics at home, emerging 83-68 point victors thanks to a combined 39 points from Cup specialists Grainne and Niamh Dwyer.

“We’re delighted to be in the Cup semi final at our first attempt,” said head coach, James Fleming. “We are starting to gel as a squad and we look forward to Brunell in the semi-final.” 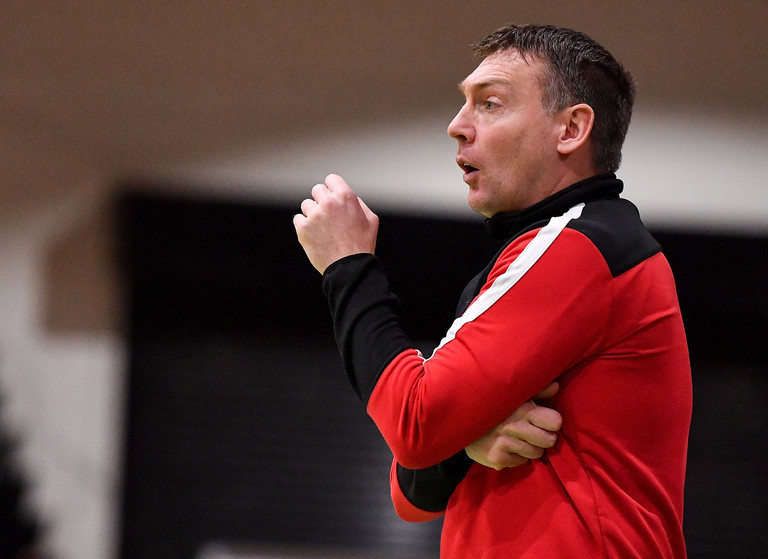 Singleton SuperValu Brunell saw off the challenge of IT Carlow Basketball, winning out 66-52. Danielle O’Leary was the standout star for Tim O’Halloran’s team as, after a slow start to proceedings, Brunell pulled away in the third quarter, leaving the travelling side with too much to do down the stretch.

“The semi-final now is a local rivalry and it’s something we’ll look forward to,” Brunell’s Tim O’Halloran said after the win. “But for now we just take it each game at a time, get a break over Christmas and worry about all that in the New Year.”

Over in the Hula Hoops Women’s Division One National Cup quarter finals meanwhile, Ulster University Elks made a little bit of history on Saturday evening as they secured their first ever semi-final spot in the Cup with a 50-76 point win over last year’s Cup finalists, Trinity Meteors, on the road in Dublin, with Jenna Kaufman shining brightest for Elks on the day.

“We’re feeling ecstatic,” said Elks' head coach Patrick O’Neill. “It’s massive for the club. We came here [Trinity] two weeks ago and lost by a point so knew we had a lot of work to do and the girls were phenomenal tonight. I’m so proud they got the reward for the effort they put in these last few weeks. It’s a great win for us.”

The unbeaten Maree women have also reached the semi-finals after a 48-78 victory over Limerick Celtics, Portlaoise Panthers are also headed to Cork thanks to a comprehensive 64-91 point win over Fabplus North West, while Swords Thunder make up the final spot in the semi-finals as they ran out 77-63 winners over St Mary’s Castleisland on Saturday evening to return to the Hula Hoops Cup semi-finals for the second year in-a-row.

Over in the Men’s Super League meanwhile, Maree caused the upset of the weekend as they triumphed over table-toppers Belfast Star, 74-80 in De La Salle on Saturday evening. Leading for most of the game, the visitors had Star playing catch-up from early on, despite a superb display from Star’s Mike Davis, who chimed in with 28 points. It was Maree’s imports, Niels Bunschoten and Sean Sellers, who were the talk of the gym though, scoring 23 and 21 points respectively to lead the Galway men to victory in a physical contest.

Speaking after the game, Maree assistant coach John Finn said, “The guys played a great game especially in the first half, they worked well together. We knew it was going to be a hard game against Star with them being top of the league so we are delighted."

C & S Neptune made it four wins on the bounce, winning away to Griffith College Swords Thunder 84-92. A mixture of experience and youth was the recipe for success in Dublin, with Lehmon Colbert, Darragh O’Sullivan and Cian Heaphy combining for 71 of the total 92 points scored on the evening. 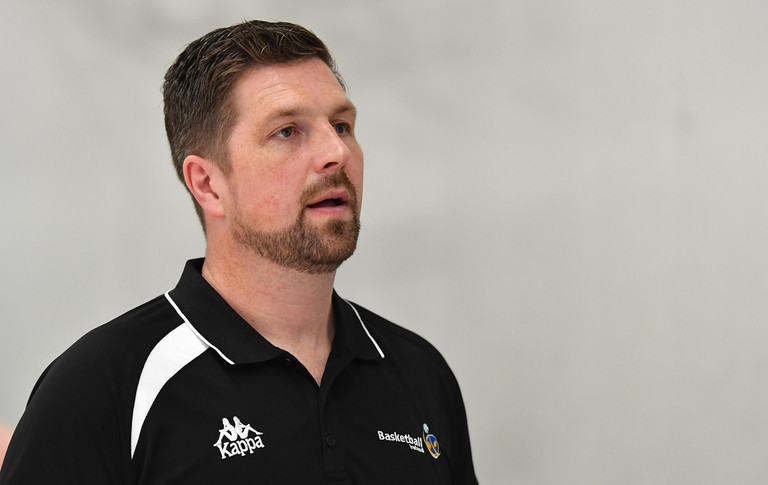 “It was a good win on the road,” said head coach, Paul Kelleher. “We had to come back from three big deficits and that shows we still need work, but also that we have begun to show resilience and we will need to utilize that going forward. It was a good win, and there are lots of positives and still loads to work on.”

Elsewhere, Templeogue had the better of Moycullen, DCU Saints pipped Keane’s SuperValu Killorglin in a nail-biter in Dublin, while Pyrobel Killester got the better of UCC Demons at the IWA in Clontarf.

Basketball
3 weeks ago
By Gary Connaughton
From Offaly To Guarding Michael Jordan: The Story Of Ireland's Only NBA Player
4