Coaching Men Or Women, It's All Basketball For Erin Bracken

Erin Bracken was nine when her mother brought her to the sports centre in Leixlip. She'd spotted a poster on the door about Liffey Celtics, a new basketball club in the town looking for players.

"She mentioned that she'd played years ago," says Bracken.

"The people that were there handed her a whistle and were like, 'Well, there you go. We're recruiting you'."

For both, it was the beginning of a basketball journey still going a decade-and-a-half later.

Bracken spent the most recent season - one which saw the Lions relegated from the Super League - as assistant to Rob White. When White stepped down, it seemed natural that Bracken would step up.

The idea that you should always look to move outside your comfort zone is one Bracken has embraced but coaching a men's team doesn't take her outside it. She's always coached boys and girls, men and women.

While studying for her Masters in Sports Coaching and Performance at Ulster University Jordanstown, she coached the men's team while also playing National League. 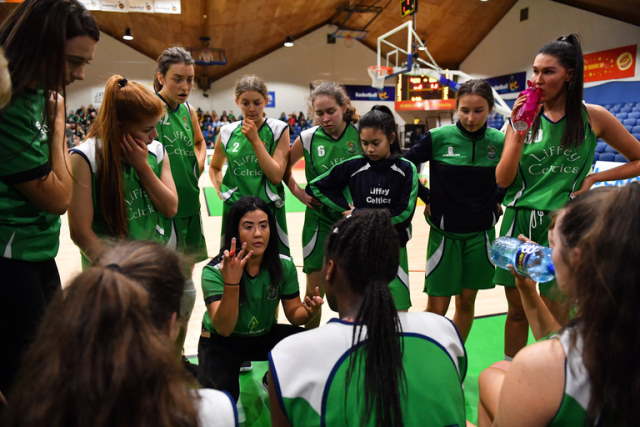 "It's just coaching basketball - it doesn't matter whether it's men or women," she says.

Bracken played at U16 level for Ireland and up to Super League with Liffey Celtics. Her coaching career began when she was just 15.

"It was really just a case that our club wasn't that established yet, and they needed some senior players to give back," she says.

"I just expressed an interest to go up to the academy and take a team. Myself and Áine O'Connor, who plays senior basketball for the Irish women's team and Liffey Celtics, decided to take an U10 girls team.

"We never really looked back from there. We had them all the way up to U18, and then as I got a bit older and went to college, I started taking a few more teams."

A return date for basketball in Ireland, as with many other sports, remains uncertain with the Covid-19 pandemic still dominating our lives. Bracken will use this time to strategise.

"I've started putting stuff together, plans for next season," she says.

"I've been in touch with some of the lads that I know are going to come back to play. It's going to be on me now to recruit a professional or American if we decide to bring one in. Rob would have handled that a lot.

"There's lots of stuff that he would have done behind the scenes that I wouldn't really have been aware of that's now on me. I'm lucky. Rob is great, and I can pick up the phone and talk to him whenever I want."

The people she gets to meet, and the impact they can have on her and she on them, is what Bracken loves most about coaching.

"No one is really going to look back and be like, 'Oh, I won an U15 league medal'. That doesn't happen.

"Some messages that you get from former players, and to still be able to stay in touch and grab a coffee with them [is what you value]. Basketball is such a small community in Ireland. It 100 per cent is about the relationships you build and the connections you make for life."

Those connections include some players on the Dublin Lions team. Bracken knew them before she was assistant coach with the West Dublin side, coaching them as 15-year-olds with Liffey Celtics.

The youth and energy of the Dublin Lions team - the oldest player is around 28 with the rest in their late teens to early 20s - means Bracken wants to play an up-tempo game.

"One of our biggest downfalls in Super League was that those teams were so experienced; they would dictate from start to finish," she says.

"We have to learn how to play with pace, and different tempos. We definitely don't want to go back down to National League and go mad. We do want to keep our sights on getting back to Super League, and then maintain Super League status. The worst thing that could happen is we bounce up and down for the next couple of years.

"I'm really excited to get back on the court. It's been over a year since there's been any competitive basketball in Ireland." 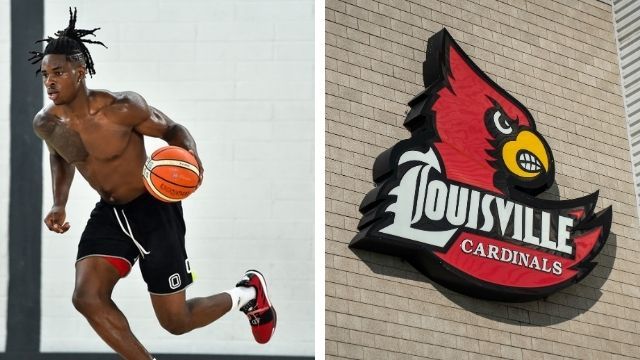 Gaming
6 hours ago
By Sean Meehan
Insane Fourth Quarter Settles Bizarre Tune Squad And Monstars Contest
GAA
1 day ago
By PJ Browne
How 2016 All-Star Mary Hulgraine Travelled To Hell And Back
Basketball
2 days ago
By Gary Connaughton
A Year On, Take Our Ultimate 'The Last Dance' Quiz
Previous Next

Gaming
6 hours ago
By Sean Meehan
Insane Fourth Quarter Settles Bizarre Tune Squad And Monstars Contest
GAA
1 day ago
By PJ Browne
How 2016 All-Star Mary Hulgraine Travelled To Hell And Back
Basketball
2 days ago
By Gary Connaughton
A Year On, Take Our Ultimate 'The Last Dance' Quiz
Popular on Balls
Rugby
9 hours ago
By PJ Browne
Ronan O'Gara Promoted To Top Job At La Rochelle
Snooker
8 hours ago
By PJ Browne
Mark Williams Not Happy With Calls To Ban Controversial Shot