For A Few Beautiful Minutes In 1995, Ireland Lead The USA In A Basketball Game

This week sees the release of a new book that looks at Ireland’s history in international basketball. Although lots is known about Irish basketball’s glory years domestically thanks to Kieran Shannon’s brilliant book ‘Hanging from the Rafters’, much less is known about Ireland’s international history. Hoops Across the Ocean - a new book by Conor Meany - looks at Ireland’s connection to America as Irish players tried to make an impact in the States and Irish-Americans who tried to connect with their heritage through the Irish team.

Through exclusive interviews, the book explores that meteoric rise of Ireland’s national team, and looks at some of the challenges that the team faced, from both home and abroad, as they tried to
ascend to Europe’s top tier. Thanks to excellent recruiting in the United States, Ireland had three NBA players on a team by the early 2000s and were competing with European powers like Croatia and Germany.

As part of their rise to relevance the Boys In Green got to go face to face a star-studded Team USA as a warmup game to the 1995 World University Games. Below is an excerpt from the book:

“Although issues in preparation affected Ireland, they were still a talented team. (Hopes of an improved finish were dealt a severe blow when Pat Burke, who had blossomed into a star at Auburn, never made it to the full tournament. During a scrimmage beforehand, Burke was frustrated and took his anger out on the basket support, injuring his hand in the process.) Before the tournament, Ireland played a warm-up game against the USA, and it created some of the most memorable moments of any of the World University Games trips. As Ireland took the floor, John O’Connell and one of the Irish-born players had a quick conversation, one that O’Connell laughs remembering.

Teammate: Tell me about this fella?

Teammate: Should I force him left, or right?

John: Either way he’s going to go by you, it doesn’t matter what you do.

John: It’s Kerry Kittles, one of the best shooters in the country.

Teammate: What about that guy?

John: That’s Tim Duncan – these are the best players in the world, we’re going to get killed! 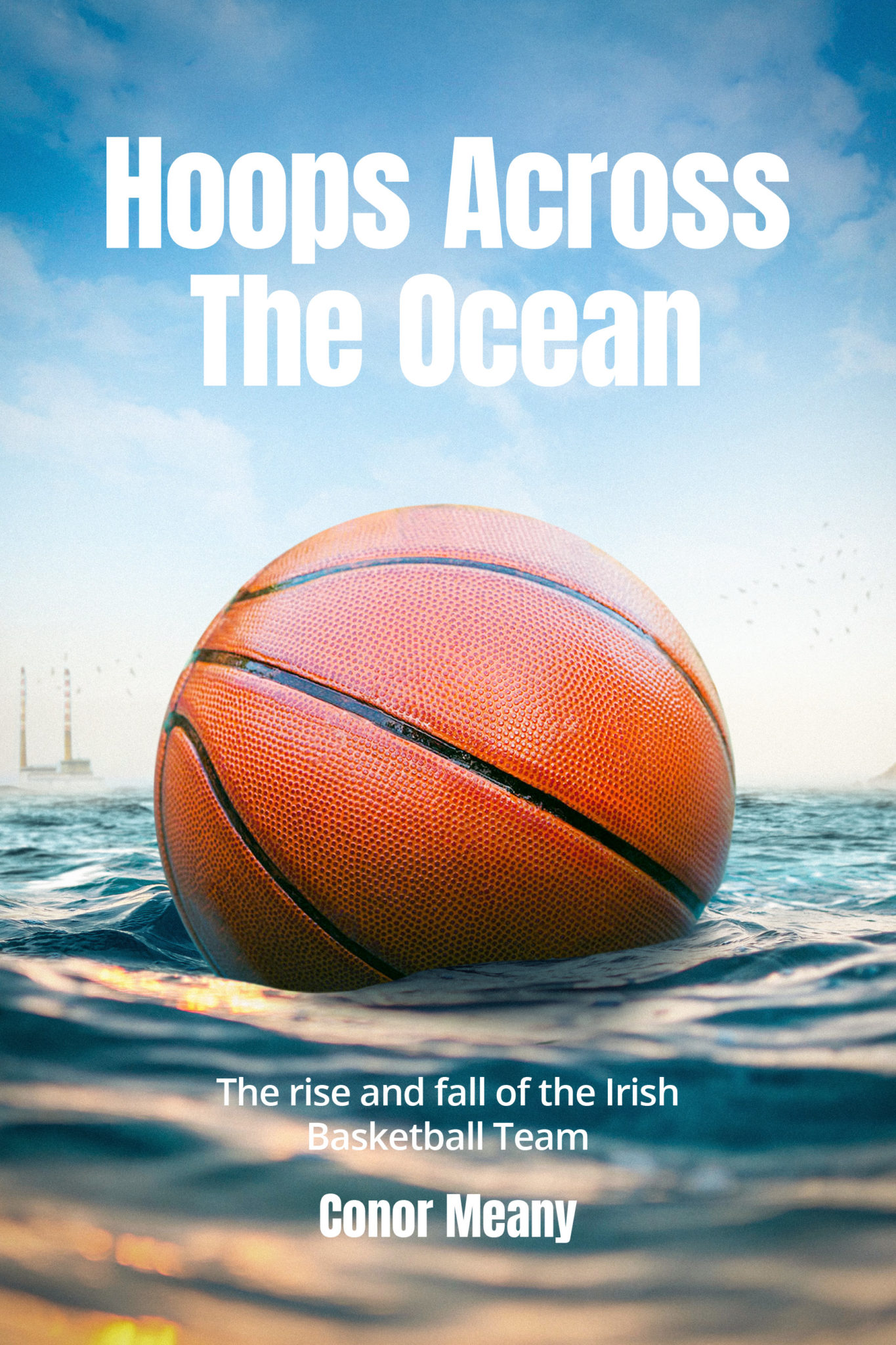 Not all of these stars were familiar with their Irish opponents either. O’Connell recalls one surreal moment; ‘I think it was Allen Iverson, said to one of us, “Do you guys speak English?” [The Irish
player] was like, “This guy!? Are you f-ing kidding me!?”’

Despite being overmatched, Ireland started perfectly and opened up a four-point lead after just three minutes.

What happened next is infamous within the group. Adrian Fulton was dribbling down the court, and he almost did a double-take as he looked to the sideline.

‘We led for the first three minutes, and I still remember coming over the halfway line and glanced at Enda to see what he was going to say, what he wanted to run. He had his camera out and was taking a photo of the scoreboard. And they went on a 22–0 run. We went from leading by 4 to down 20 quickly!’

Enda’s smile quickly disappeared during that run, with John Burke drawing the ire of his coach.

"During that explosion after the timeout, [the Americans] got a steal at half-court, and I think Kerry Kittles pulled up for a three. It hit the back of the ring, and the ball caromed up, so me and John O’Connell went to get position to get ready for the rebound. Next thing, Allen Iverson’s balls are over my head and his legs are spread out like Jordan.

"He gets the ball, cocks it back and goes 'aaaaagh' as he bangs it. There were no fans in there because it was a scrimmage, so it was just dead silence.

"John O’Connell turned to me and just goes 'God damn!'

"The two of us are running back up the court laughing, and Enda is on the sideline shouting expletives at us!"

Read the full book to hear about Susan Moran’s rise to the WNBA, how Magic Johnson became club teammates with Naas man John Burke after his NBA career ended and about Ireland’s ultimate 'what if' moment in a 2005 playoff with Denmark.

Hoops Across the Ocean is available on paperback in Ireland via www.hoopsacrosstheocean.com and as an eBook via Amazon.co.uk

Basketball
4 months ago
By Balls Team
Women's National Cup Final Preview: Cup Glory Again For Glanmire?
Basketball
4 months ago
By Balls Team
Men's National Cup Final Preview: Will This Finally Be Tralee's Year?
Basketball
9 months ago
By Balls Team
Everything You Need To Know About The FIBA European Championship For Small Countries Tournament In Dublin
Popular on Balls
Football
18 hours ago
By Gary Connaughton
Gary Neville Worried About Future Of Burnley After Relegation To Championship
Football
21 hours ago
By Gary Connaughton
Report: Cristiano Ronaldo 'Blocked' Manchester United's Antonio Conte Pursuit
Football
23 hours ago
By PJ Browne
McGeady Questions Why He Got So Much Abuse For Choosing Ireland
Football
2 days ago
By Eoin Harrington
Juan Mata Questions Manchester United Management After Dire Season