One of the biggest weekends in Irish basketball is here. The semifinals of the Hula Hoops National Cup take place on Saturday in Cork. They'll be streamed on Balls.ie. Here's our megapreview of the two brilliant fixtures. 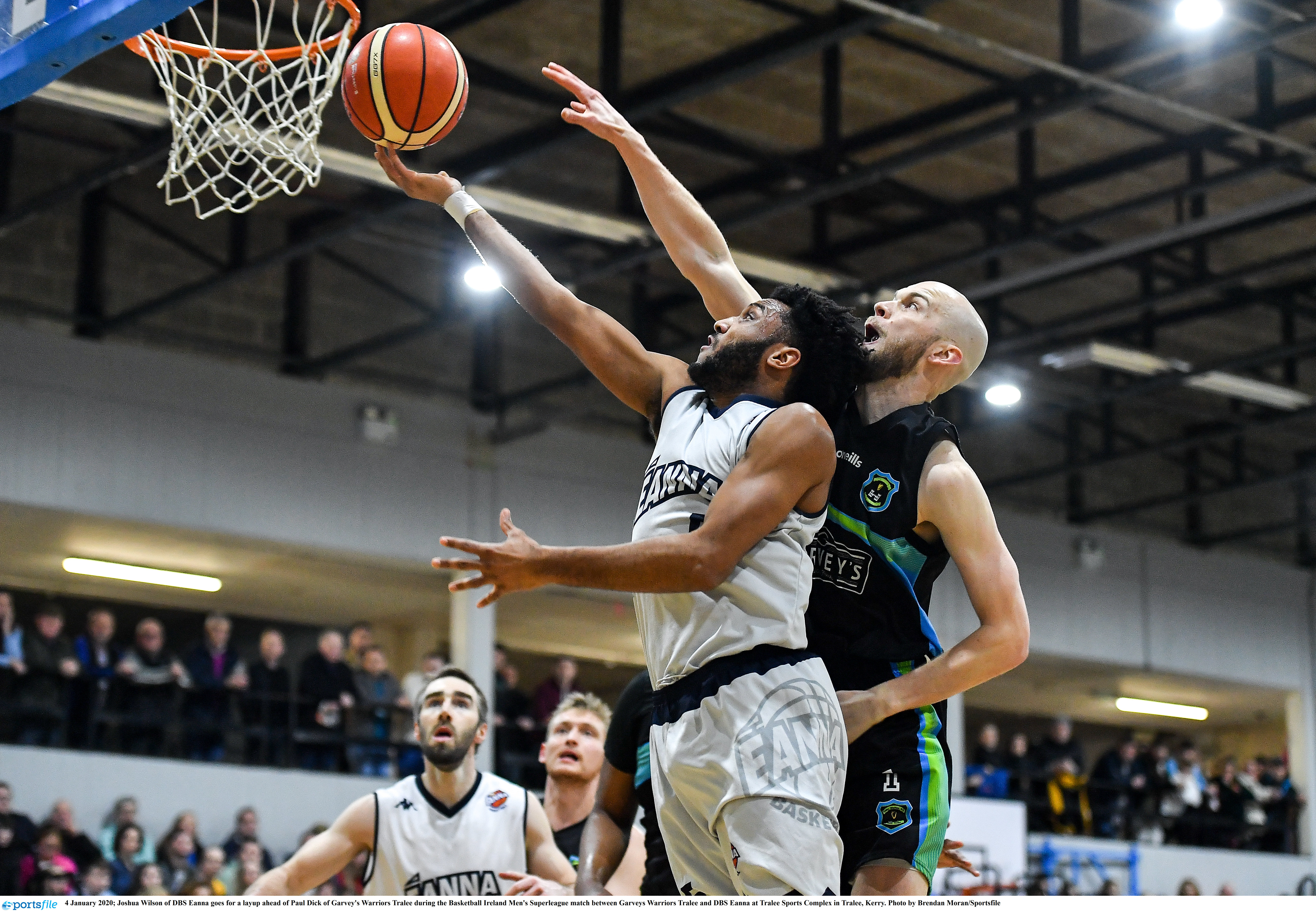 Here’s how the teams stand so far:

Match ups to date this season:
October 5th: DBS Éanna 87 – 70 Garvey’s Tralee Warriors (Dublin)
The defending league champion Warriors came to Dublin without their influential point guard Paul Dick and were dismantled by an incredible Éanna performance. Seven Éanna players had eight or more points and the result was never in doubt. Tralee struggled to create good opportunities and had a nightmare shooting game, shooting just 33% overall and 50% from the line.
January 4th: Garvey’s Tralee Warriors 80 – 77 DBS Éanna (Kerry)
Just last weekend, this was an incredible game that had huge momentum swings. Tralee looked like they were coasting as they led by 18 points at times and by 15 points heading into the final quarter, but a huge resurgence by Éanna had the game tied within the first four minutes of the fourth. Ultimately, some big plays from Paul Dick helped Tralee stumble over the line.

Key Matchups:
Paul Dick vs Josh Wilson
Paul Dick: 13.2ppg 2.4 steals, 9 assists, 4.4 rebounds, 46% field goals
Josh Wilson: 12.6 ppg, 2.2 steals, 8.9 assists, 8.9 rebounds, 46.5% field goals
Both point guards are central to everything their team does. Tralee are more reliant on Dick to create than ever, and slowing him down goes a long way to slowing Tralee down. His absence in the first game between the teams was telling as the Tralee offense ground to a halt. Wilson struggled in Tralee and it was his backup Paris Ballinger that was the more influential guard for Éanna. Wilson can facilitate the offense well but Tralee can struggle against a more direct attack. Eanna have only lost once when Wilson has scored more than 10 points, if he can win this matchup it will be hard to see past the Dubliners.

Stefan Zecevic vs Eoin Quigley
Stefan Zecevic: 20.4 ppg, 2.7 assists, 8.5 rebounds, 49.8% field goals.
Eoin Quigley: 11.4 ppg, 2.9 assists, 4.1 rebounds, 38.6% field goals
Zecevic is the current favourite for Player of the Year in the Super League and he provides an all round game that few can handle in Ireland. He has the physicality and athleticism to attack the basket, while also being a knock down shooter. Tralee deployed Darren O’Sullivan to try and keep the ball out of his hands as much as possible with some success in the game last weekend. Whether Tralee will be able to use the same plan this weekend will be interesting. Daniel Jokubaitis will be waiting to try and take up the matchup if a bigger body is required.
Eoin Quigley didn’t have a big impact last weekend as a tweaked ankle limited his involvement to just five minutes and zero points. Quigley is undoubtedly the x-factor for Tralee. When he is scoring he takes pressure of Paul Dick and adds a dynamic additional Irish scorer. Last year in the title clinching run of nine consecutive league wins Quigley averaged 16 points a game. If Quigley is limited by the injury he picked up last weekend, Tralee could struggle offensively.

Andre Berry vs Mark Reynolds
Mark Reynolds: 9.3 ppg, 5.7 rebounds, 58.8% field goals
Andre Berry: 14 ppg, 7.7. rebounds, 75% field goals
This could be the pivotal matchup inside. Berry wasn’t in the country for the first matchup and he had a big role in the second game with 23 points in just 20 minutes. Éanna have size throughout their team, but lack a traditional center. Reynolds - who has vast experience internationally - did a great job battling on Saturday and he also found a way to chip in 18 points himself. The worry for Éanna is that if Reynolds gets in foul trouble, they have no immediate Plan B to be able to limit Berry.

Role Players:
DBS Éanna: When Eanna get rolling they get contributions offensively across the board. Dan Heaney and Neil Lynch are perhaps the most important to watch for Éanna. In their nine league wins so far this year, the duo averaged a combined 21 points per game. In their losses, they combined for just four points a game. If either can knock down shots this weekend it will open up more room for the Éanna imports. If not, it allows Tralee to clog up the lane and protect the rim more effectively.
Tralee Warriors: Darren O’Sullivan is a man often tasked by Pat Price to disrupt other team’s best players and he had that role last Saturday on Zecevic. The worry for Tralee is that Darragh O’Hanlon and Darren O’Sullivan both effectively play their roles but neither is a strong offensive threat this season. Tralee will want room for Paul Dick and space for Andre Berry inside, Tralee’s guards need to hit one or two outside shots to keep the defense honest.

What to watch for?
Rebounds - In the Tralee win on Saturday they had an incredible 58 rebounds including 19 offensive rebounds. At times, Tralee’s best offense is via the offensive boards. If Éanna can compete on the boards and limit Tralee’s second chances, they will give themselves a great opportunity to both run and to win.
Turnovers: Tralee were guilty of sloppy play on Saturday with 22 turnovers, some of which were unforced. Éanna will struggle to score against Tralee’s size in the half court so minding the ball will be key for Tralee.
The start: The first quarter will have a major impact on the game this Saturday. Last weekend, Éanna had a big hill to climb after the first quarter and had to fight to get back into the game. With this being their first Cup semi final, it will be critical for them to get a good start and be in the game early. Similarly, Tralee struggled to get out of the traps in last year’s semi final. It wasn’t until eight minutes into the first quarter that Paul Dick got on the board and Killester had raced out to a huge lead early. Both teams will be desperate for a good start, whoever settles quicker could have a big advantage. 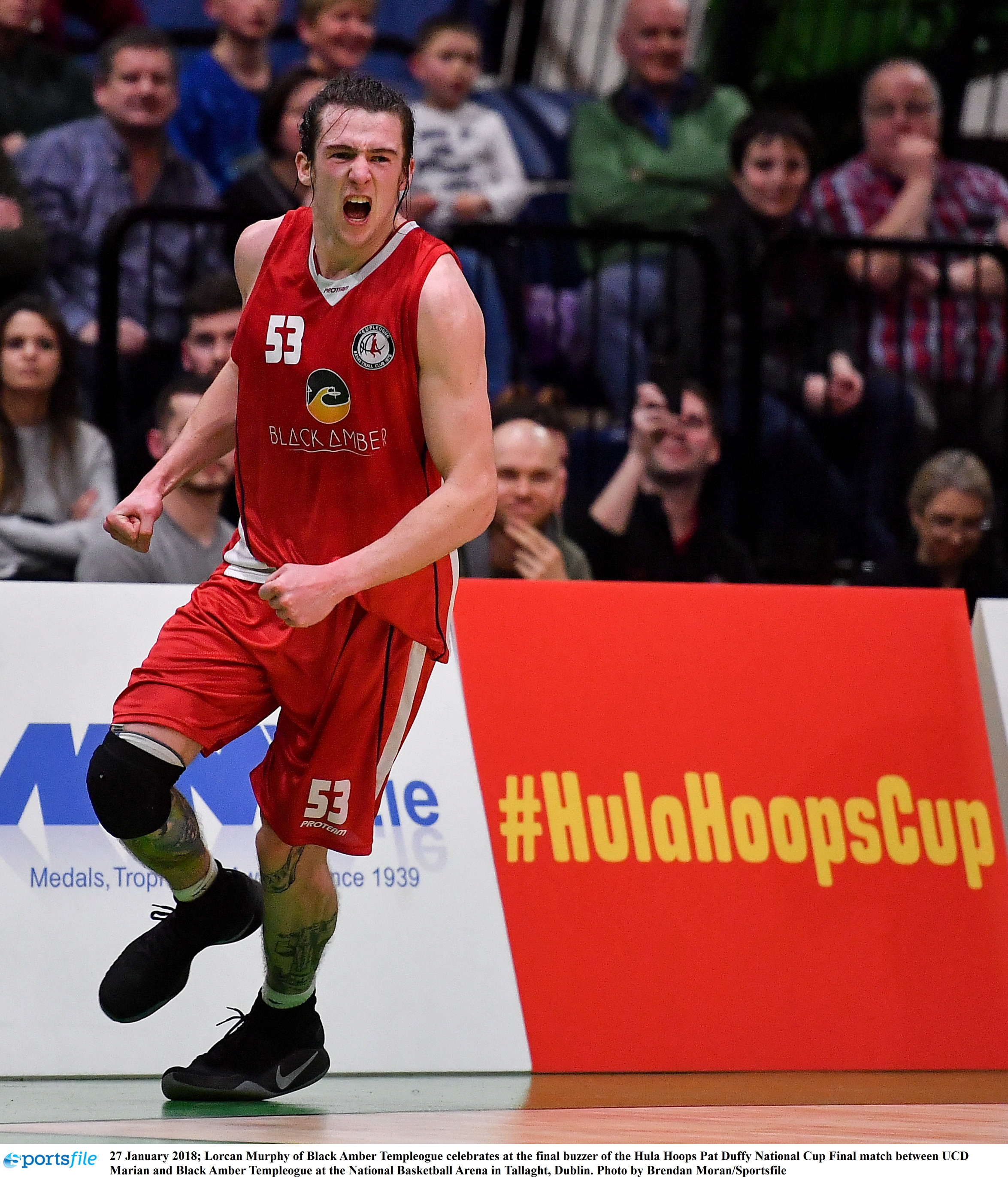 Match-ups to date this season:
The sides met on October 28th in Dublin with Griffith College Templeogue winning out 91 – 79. In the only meeting between the teams, Neptune’s former American Darren Townes came back to haunt them as he led Templeogue with 20 points. It was the battle on the boards that swayed the game as Templeogue outrebounded Neptune by 19 which ultimately helped them take an incredible 21 more shots than their opponents.

Key Matchups
Jason Killeen vs Lehmon Colbert
Killeen: 14.3 ppg, 9.3 rpg, 1.3 bpg, 52% fg%
Colbert: 15 ppg, 8.9 rpg, 1.3 bpg, 65% fg%
Last year’s Men’s Super League Player of the Year, Jason Killeen, has had a mixed season this year struggling at times with injury. When he is playing well Jason remains one of the toughest matchups in the country. He will go up against a familiar foe in Lehmon Colbert who has been the most dominant American in the country over the past five years. Both players are physical and can score around the basket and in mid-range. Templeogue can afford for the two to cancel each other out while Neptune need Colbert to edge the battle. Neither will play more than 30 minutes and it will be interesting to see if either gets significant time on court while the other sits.

Darren Townes vs Nils Sabata
Townes: 12.9 ppg, 8 rpg, 44% fg%
Sabata: 18.9 ppg, 8.7 rpg, 65% fg%
The pairing of former Neptune American Darren Townes with Jason Killeen hasn’t been ideal at times this season as both players want to operate in similar spots. Townes is a physical presence and can impact the game particularly on the boards. He’ll match up with Nil Sabata who has been one of the top signings this season. The Spaniard is less reliant on bulk but is crafty around the basket and is leading Neptune in scoring. Sabata looked out of sorts over the last two weeks averaging just 8 points over their last two losses. Neptune needs Sabata to dominate this matchup but Townes returning to Neptune for the first time will have motivation to not let that happen.

Kyle Hosford vs Lorcan Murphy
Hosford: 8.1 ppg, 4.4 rpg, 45% fg%
Murphy: 18.8 ppg, 6.3 rpg, 52% fg%
Kyle Hosford in Neptune gear has been an odd sight for many basketball fans this year after his move from Demons. It seems the move has Kyle out of sorts too as he is averaging just eight points per game. Hosford is one of the most talented Irish players in the country and has been a dominant scorer for Demons over recent seasons. Neptune need the Hosford that has tormented them for years to show up on Saturday night and help lead the way offensively. Despite not playing the same position, he will match up with Lorcan Murphy who is having another stellar season averaging almost 19 points per game. Murphy has added more outside shooting to his repertoire, but it’s still his dynamic athleticism that sets him apart.

What to watch for?
Inside/Out – Neptune have the best two-point field goal percentage in the country but are second last in three-point percentage. Roy Downey, Kyle Hosford and Gary Walsh in particular can all shoot from the outside and they will need to do so to win on Saturday.
Transition - With Lorcan Murphy for Templeogue and Cian Heaphy for Neptune there are serious individual threats on the break for both teams. Neptune need some easy baskets in transition to take the pressure off their half-court offense. Once it slows down, expect to see the inside presence of Colbert and Killeen come into it more.