As the Hula Hoops National Cup got underway this weekend, one giant of the Irish basketball scene has already fallen. Reigning champions Templeogue coming up short against Kieran Donaghy and Garvey's Tralee Warriors.

Recording a 103-92 win in Dublin's Obtale hall on Saturday evening, most of the plaudits for Tralee's memorable win will have to go to Jordan Evans however, and the exhibition of shooting he put on in front of a packed audience.

Scoring 31-points in total, impressive performances across the board mean Tralee will now look forward to a quarter-final clash with the UCC Demons. 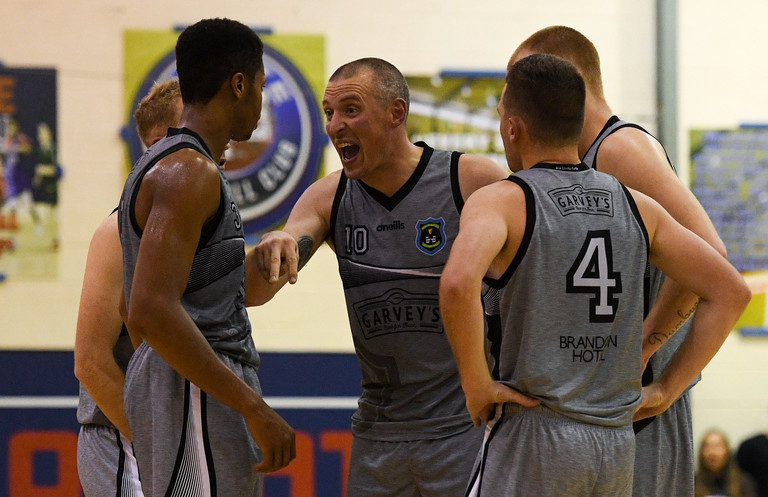 Facing into an uphill task right from the off, the prospect of taking on last year's winners clearly seemed to add some extra bite to Tralee's game.

Reflecting on the win in the immediate aftermath, Tralee's head coach Pat Rice outlined how important it had been that his side left a mark on the game early on.

"We were fortunate that we got off to a strong start and created the tempo that we wanted," Rice explained.

"Our biggest concern was that we would be playing Templeogue’s game, but instead we created the tempo and created the spacing that we wanted and when we have good space, we have guys who can make the shots."

In Evans, this was certainly the case.

And it’s @warriors_bc that will move onto the next round of the Pat Duffy #Hulahoopscup after they beat @templeogue_bc 92-103🔥 pic.twitter.com/5Mo8kGbaDm

With Garvey's Tralee Warriors making the step beyond the first round of the Hula Hoops National Cup for the first time, players and fans alike will be hopeful they can build on this weekend's huge result.

Always a good man for a celebration in fairness to me. Thanks to all the fans that showed up, what an atmosphere. Basketball in this country is flying. Well done to @sportsfile and @ballsdotie for the coverage tonight and the papers that ran with stuff also. 👏🏻👏🏻🏀☘️🏀☘️🔥🔥🔥 https://t.co/hqYlS05LVw

Elsewhere in a busy weekend of Irish basketball action, the Hula Hoops women's National Cup got off to a frenetic start also.

In the Maradyke Arena, Ambassador UCC Glanmire and Pyrobel Killester met in one of the two preliminary games being played.

With only two points separating the sides at the half-way mark, the home side were trailing Killester 46-44 at the break. However, thanks to the mammoth work of Annaliese Murphy and Imani Davis in the final quarter, Glanmire did just enough to sneak a dramatic 73-72 win.

An absolute classic in such an early stage of the National Cup, Ambassador UCC Glanmire will now face DCU Mercy in the quarter-final stage.

Other Sports
1 year ago
By Balls Team
PREVIEW: Six Teams Hoping To Finish 2019 With A Bang
Basketball
1 year ago
By Balls Team
Castleisland Is The Place To Be For Basketball Fans This Christmas
American Sports
1 year ago
By Sean Meehan
Australia Hand US National Basketball Team First Loss In 13 Years
Popular on Balls
Football
20 hours ago
By PJ Browne
'He Deserved To Wear The Armband Today. Jason Is A Fantastic Player'
Football
15 hours ago
By Gary Connaughton
Roy Keane Feels Liverpool Have Lost Their Spark After United Stalemate
GAA
22 hours ago
By PJ Browne
Subtle Change Helped Turn Gearóid Hegarty Into Hurler Of The Year Contender
Football
21 hours ago
By Gary Connaughton
Mourinho Caught On Camera Asking Bale If He Wants To Go Back To Madrid