Jay Larranaga is among the favourites to be named next head coach of the Boston Celtics.

The 46-year-old, who born in North Carolina, played international basketball with Ireland for nearly a decade and was also player/coach between 2008 and 2010.

There has been upheaval in the Celtics organisation in recent days with Danny Ainge stepping down as President of Basketball Operations, and Brad Stevens - who had been head coach for the past eight seasons - stepping up to the role.

Larranaga, who played professionally in Europe, has been an assistant coach with the Celtics since 2012, a year before Stevens joined the team. He has previously been linked with NBA head coaching roles, including the Charlotte and New York Knicks jobs.

Last year, Stevens - who will be conducting the search for his replacement - said it was "only a matter of time" before Larranaga landed a head coaching job.

In places, Larranaga is now the favourite to take over from Stevens. Other names linked with the Celtics role include Jason Kidd, Sam Cassell, Chauncy Billups and Becky Hammon.

Jay Larranaga favourite to be next Boston Celtics head coach

Brad Stevens has a strong coaching staff -- Jay Larranaga has been a candidate for other head coaching positions while Scott Morrison and Jerome Allen have head coaching experience at different levels -- but Stevens will look outside as part of the coaching search.

Larranaga's father is Jim Larranaga, a college basketball coaching legend in the US who is currently head coach of the University of Miami.

Larranaga's maternal grandfather was Vincent Lynch, who was born in Cork and emigrated to the US as a child.

"He was raised in an Irish family that loves the wonderful history and tradition of a remarkable country," said Jim Larranaga when his son was named Ireland head coach in 2008.

"His love for Ireland and Basketball will show in how he leads the Irish Basketball team. Jay will create great excitement for all that follow basketball in Ireland."

From Offaly To Guarding Michael Jordan: The Story Of Ireland's Only NBA Player 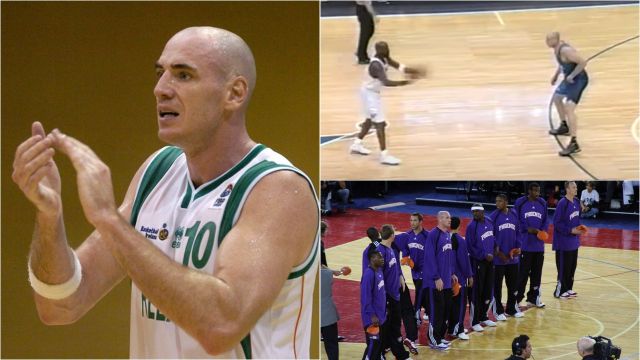