How Kieran Donaghy And Jimmy Diggins United A Town

A smile crosses Kieran Donaghy's face as he anticipates what Jimmy Diggins is about to say.

It's one borne from mutual respect between two men who love basketball, two men who reestablished the sport at the highest level in Tralee after nearly a decade of absence.

It's also a smile which seems to suggest that should Jimmy ask Kieran to continue his basketball playing career a little bit longer than he's planned, he might not be able to refuse.

Diggins, more than 50 years into an obsession with basketball, is team manager for the Tralee Warriors Super League side. The 38-year-old Donaghy is one of the team's most important players and leaders.

The two are on a video call to promote a new initiative which will recognise the work of volunteers in Irish sport.

"I knew you'd get that in there - stop it, Jimmy!" Donaghy, through laughter, replies to Diggins's call for him to prolong his career.

Jimmy: "We'll both go out together with the big cigars." 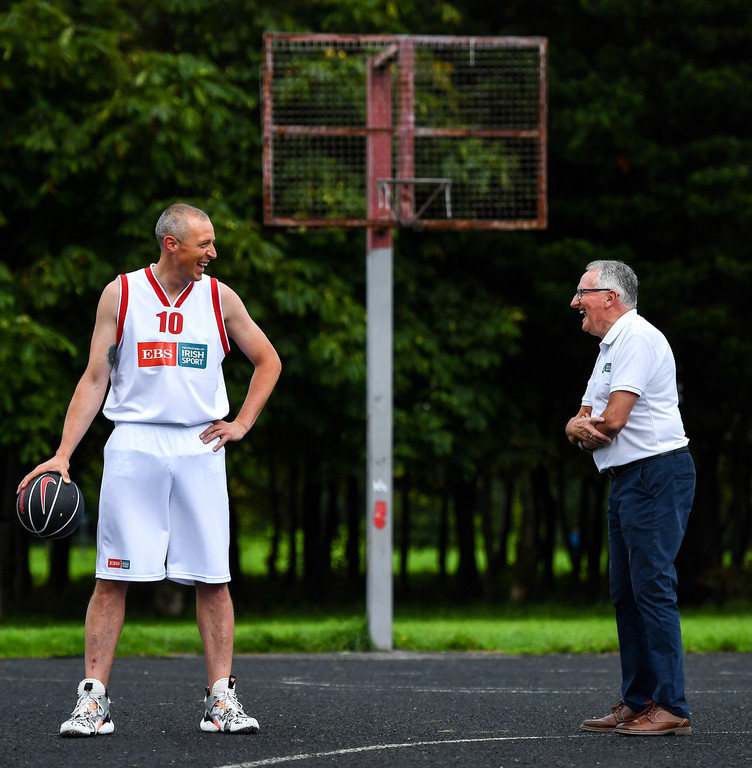 Diggins is a basketball legend in Tralee. His 70 years have been enriched by time spent coaching and imparting experience.

He's coached boys teams, girls teams, schools teams, national teams, and, for a decade, the Lee Strand women's team which won National Leagues and Cups in the 80s and 90s.

It is the abundance of opportunities which basketball provides to instruct players which Diggins enjoys. In other sports, someone substituted has to wait for the next game to employ a coach's advice. The next chance on the court is just minutes away.

Neither Diggins nor Donaghy have lost their basketball library cards. Both continue to learn from each other. The player wishes he had an earpiece on the court with the coach instructing him as he shoots free throws. The coach had never seen that game-like intensity in training before working with the player.

There are two achievements which Diggins ranks above others: Those titles with Lee Strand, and helping to establish the Warriors.

A year after Tralee Tigers won the 2007/8 Super League title, basketball at that level was gone from the town when the team folded. This was a town which had won three leagues in the previous 15 years. One of Irish basketball's greatest hits had been yanked from the jukebox.

Six years later, Diggins had a chance meeting with Donaghy in Dingle on St Stephen's Day and the two began scheming. They already knew each other from the odd conversation had at The Greyhound Bar in Tralee.

Forming a new team wasn't going to be simple. It would require the resources of two rival teams: Tralee Imperials and St Brendan's. Mediation and reconciliation would be needed to sweeten some bitterness.

"Kieran always wanted to have a Super League team back in Tralee," says Diggins.

"We met the two clubs and Kieran was the piece in the middle to get us together. It took off from there."

When the nascent Warriors committee first sat down, peace talks had been held but there was still negativity in the room, people wondering if they would get sufficient crowds in the door.

"Me and Jimmy were very much singing off the same hymn sheet," says Donaghy,

Warriors has proved to be a huge success. A home game at the town's sports complex is about more than what's happening on the court. It's an event with lights, music and smoke machines which supporters young and old love, and keeps them coming back. None of that would be possible without a 30-strong team of volunteers which features everyone from the shopkeeper to the DJ. Pop Lynch built his own stands to fit more people into the venue. 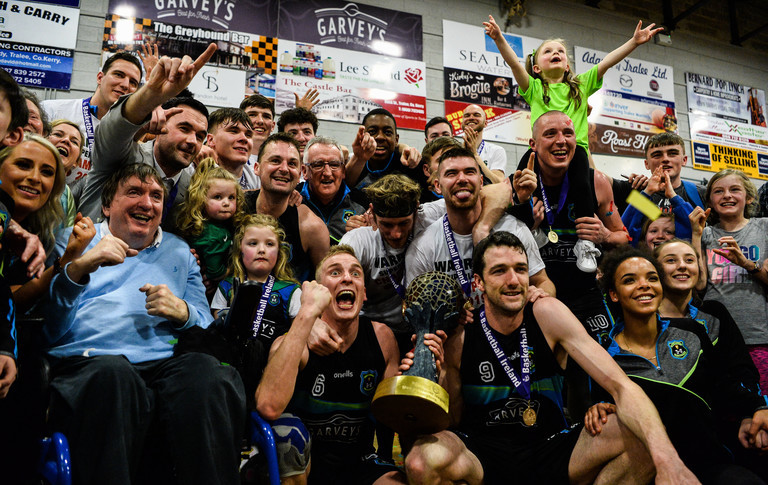 In just its third season, the club won its first Super League title after victories over UCD Marian on consecutive nights. The first of those was a hard-fought overtime win in Dublin. The second saw them lift the trophy in Kerry.

"Jimmy's delight in the dressing room after the game, I don't think there was a prouder man because we had a lot of injuries and a lot of guys fouled out," says Donaghy.

"I think we ended up with five Tralee guys on the floor and Jimmy is Tralee to the core. Seeing the look in his eyes that day was worth it for me because it was exactly what he envisaged and wanted.

"Often, it doesn't happen because you've got guys from New York or Alabama or whatever playing with you. He ended up encouraging six Tralee fellas; Eoin Quigley got fouled out and then Rapolas Buivydas, a 17-year-old kid came on in at the end.

"He is the team manager but he's a lot more than that really. I have lots of moments where I come to the sideline and I'm on the edge of going from being a good competitive beast to maybe going out of control.

"Jimmy would always put the towel on my neck. Before the coach or anyone else, I know he's going to say something. I can just sit there and he might whisper a few lines in my ear. He knows the competitive beast side of me and he knows how to keep it there at the right tempo."

The Warriors' foundations have become more firm with the establishment of an U20s team. Players, at a point in their lives when there are so many distractions, now have a reason to remain focused on the sport. Then there's the carrot of playing for one of the country's best teams.

What Diggins finds most pleasing is that the club has united a town with so many GAA divisions.

"It was a dream by myself and Kieran four years ago," he says.

"The whole town of Tralee has got behind it. You walk the town from Mitchels to Strand Road to The Rock - they're all talking about it.

"I met a guy from Strand Road (Kerins O'Rahillys GAA club) and he said to me, 'I'm going up Saturday night and I'm cheering for Kieran Donaghy. Then on a Sunday when he plays against Strand Road, I don't cheer for him at all'."

Donaghy - an Austin Stacks man - suspects Diggins may have censored that conversation for public consumption.

The 2020 Federation of Irish Sport Volunteers in Sport Awards will hero the work of volunteers from around the country, who go above and beyond every day to ensure that sport takes place in Ireland. Volunteers in sport in Ireland dedicate some 37.2 million hours of volunteering across the country's 13,000-plus sports clubs and associations each year. To nominate an everyday hero, simply visit www.volunteersinsport.ie. Nominations can be made by a club, individual or sporting body and are open from July 30th, 2020 to September 25th, 2020.

See Also: 23 Years Ago, The NFL Invaded Croke Park On A Sunday Evening