Kieran Donaghy and Garvey's Warriors Tralee fulfilled their near-seven-year dream of bringing the Pat Duffy National Cup back to the Kingdom on Saturday night, as they took a dramatic victory over C&S Neptune in Tallaght.

Kerry GAA legend Donaghy played a crucial role, and accepted the cup on behalf of the team at the final whistle with teammate Fergal O'Sullivan.

Kieran Donaghy was one of the leading figures behind the foundation of Garvey's Warriors in Tralee in 2015. With the basketball town lacking a top-level team, Donaghy proposed a merger of the two clubs in the town - Tralee Imperials and St Brendan's.

Donaghy has played for the Warriors for years, and spoke to the Irish Times earlier this week about the dream of taking a first National Cup title. He said that the National Cup has taken on a holy grail-like reputation in Tralee, and that the side were desperate to do the job in Saturday's final.

I promised them we’d get there in two years and it has taken us six.

This is where sponsors get their payback, it’s the week they get their name heard all over the place in ads and on the radio and online.

We’ve had so many great nights in the complex but this is what we came together for.

In a dramatic game, they did just that. Five-times National Cup champions Neptune were the opposition, and the Warriors were up against it in Tallaght. They ultimately prevailed 88-75, to achieve the seven-year-dream of bringing the big silverware back to Kerry.

It was an emotional afternoon for Tralee, a town famed for its connection to basketball that finally claimed the victory the town had so desperately wanted for years.

For Kieran Donaghy, the win was extra sweet, given he had experienced disappointment with his club Austin Stacks in the Munster senior football final just last week.

In the aftermath of the game, former Kerry teammate Darran O'Sullivan was among those to praise Donaghy.

I'd rate @starryboy14 as one if Kerry's best ever sportspeople. Represents the county so well on and off the court/pitch and reflects some of the county's best traits in everything he does.

Not many can say they have an All-Ireland medal in two different sports 🏅🎖️👏👏 @starryboy14 https://t.co/p7EOaT700h

Can I have some of whatever magic @starryboy14 has in his diet?! He just keeps giving & giving! Still going strong & having a big influence in this game 🏀 #NationalCup @warriors_bc

Sensational win by @warriors_bc in the National Cup Final, beating Neptune 88 to 75 in the National Basketball Arena this evening. Six years after uniting the sport in Tralee, Kieran Donaghy fulfills the dream and brings the Cup back to Kerry.

Saturday in Tallaght will be a day that the Warriors of Tralee and their fans will never forget, and the influence of Kieran Donaghy only added to the drama on a memorable day.

SEE ALSO: Michael Lowry Backs Up Farrell's Faith In Him With Superb Display For Ulster 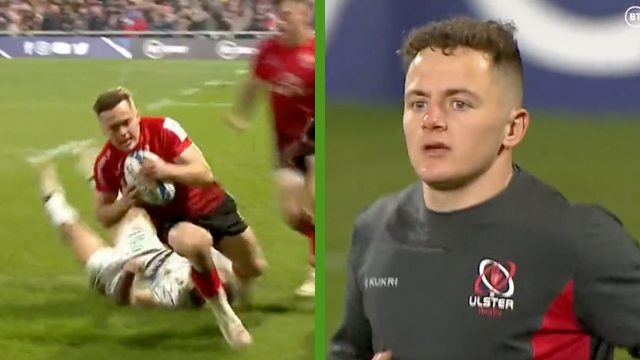