So enthralled were we this morning by LeBron James's courtside encounter with a "fan" that we didn't even take notice of the welcome but scary notion that there even were fans, and courtside fans at that, at an NBA game.

The Atlanta Hawks welcomed the NBA Champion LA Lakers to town last night, and with them the biggest star in American sports, LeBron James. While broadly popular with NBA audiences, it can't be unusual for James to attract loud mouthed abuse from fans at NBA games, having been the biggest star in the sport for close to two decades. So maybe last season's Bubble Basketball illuminated him that it didn't have to be that way, or maybe he's just not used to it anymore, but LeBron was having none of it from a courtside fan.

The fan, who was there with her husband, didn't take LeBron's response too well and was turfed out of the arena for her reaction with another woman, both of whom removed their masks.

The referees stopped the game after LeBron was heckled by a spectator in Atlanta. pic.twitter.com/apoDqvt4ll

After the game, James played the incident down, even claiming the fan shouldn't have been kicked out.

LeBron James on what happened courtside with the fan pic.twitter.com/S1kQdsCsbq

And that might have been that. Naturally in 2021 though, social media then took over.

Karen, or Juliana Carlos as she prefers to be known, naturally had her say back on her Instagram page, in a rant we're sure we've seen on a number of E! Network shows over the last decade or so.

The woman, clearly the victim of a horrible hate crime, was sitting at courtside with her husband and another woman. Neither woman was wearing a mask as required by the Hawks as a condition of attendance. Her husband, a lifelong Hawks fan for about 10 years, has yet to comment.

Meanwhile, the Lakers took care of business on the court with a 107-99 win, moving the reigning champions to 16-6 for the season.

LeBron James with one of the most ridiculous assists you'll ever see. 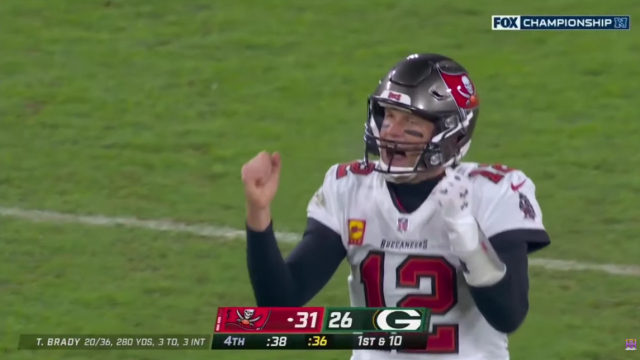