The LA Lakers took a 2-0 lead in the NBA Finals last night with LeBron James and Anthony Davis putting in a dominating performance against the Miami Heat. It means the Lakers are just two games away from picking up their first title since 2010, and beco,ing the third franchise to win the championship with LeBron.

Playing against his old team, James and teammate Davis combined for 65 points in the 124-114 win. The duo's domination has drawn comparisons with Lakers' duo Kobe Bryant and Shaquille O'Neal, who won three championships in a row in the early 2000s.

"I grew up admiring Kobe ... and obviously the force that Shaq played with."

—LeBron on how it feels to be mentioned alongside Kobe and Shaq pic.twitter.com/jzZmB1W7oK

Kobe would go on to add two more titles without Shaq in 2009 and 2010. Since then, the franchise has been in the doldrums and it's appropriate on the year that's in it that they are back to their best and on the brink of adding another NBA title.

Bryant and his 13-year-old daughter Gianna were killed in a tragic helicopter accident in January.

The Lakers created a special commemorative "Black Mamba" jersey to honour Kobe, and are unbeaten in the kit since it debuted. They wore them last night for Game 2 and continued the streak.

A look at the Black Mamba jerseys the Lakers will wear in Game 2.

They're 3-0 in these jerseys this postseason. pic.twitter.com/XiMaLBksGg

Speaking after the game, James spoke about wearing the jersey on the biggest stage of them all and honouring the Bryant family.

It is always special to represent someone that meant so much - not only to the game but obviously for the Lakers organisation for over 20 plus years.

For us to honour him, being on the floor, this is what it is all about. We're thinking of the Bryant family, Vanessa and their daughters. They're with us. We're with you guys.

We love you guys and hopefully we're making them proud by wearing these uniforms tonight and throughout the course of the postseason.

"We're thinking about the Bryant family. ... We love you guys and hopefully we're making them proud by wearing these uniforms tonight."

—LeBron James on the significance of the Mamba jerseys pic.twitter.com/XKlOuQTkf4 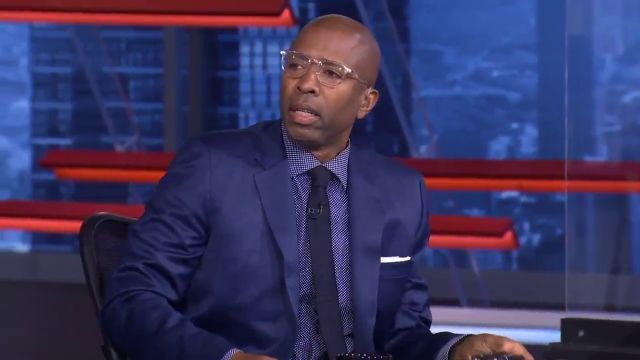 Basketball
2 years ago
By Maurice Brosnan
'Fuck No! I Didn’t Sacrifice All Of That For Nothing'
Previous Next

American Sports
9 months ago
By Sean Meehan
Kobe Bryant Posthumously Inducted Into The Basketball Hall Of Fame
Basketball
2 years ago
By Maurice Brosnan
'Fuck No! I Didn’t Sacrifice All Of That For Nothing'
Popular on Balls
Football
5 hours ago
By Gary Connaughton
Mourinho Caught On Camera Asking Bale If He Wants To Go Back To Madrid
3