The Men's Super League Title Race Is Really Heating Up

The race at the top of the Men’s Super League looks set to overheat in the coming days, with three teams still firmly in the mix ahead of the Bank Holiday Monday battles tomorrow afternoon.

Garvey’s Tralee Warriors survived a close scare against relegation-fighting C and S Neptune on Friday evening, managing to hold on to win by five points in the end, 87-82. This win put them at the top of the table for the weekend with the best loss record from the three teams in the race. Warriors will now head to Galway tomorrow afternoon to face off against Moycullen, who are also hoping for a win in a bid to avoid relegation. The Galway side lost their clash against title chasers UCD Marian on Saturday evening, 56-87, with a huge second half from the visitors putting the result beyond doubt by the end of the third quarter and keeping Marian’s dreams of defending their league title alive and kicking.

Templeogue – the third team in the race to the top – meanwhile will face C and S Neptune in Cork on Bank Holiday Monday and will be hoping to bring home a win from Neptune Stadium to keep their title dreams alive. The last time the two sides met in Dublin saw a nail-biting overtime clash that Templeogue just managed to win out, but with tomorrow’s game being Neptune’s last of the season, it’s do or die for the Cork club. 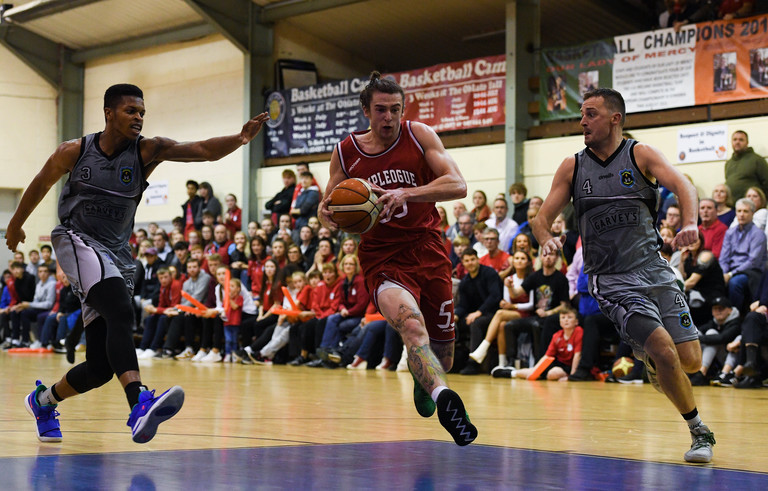 Elsewhere around the league, UCC Demons had a double header of games, winning out 102-93 against Keane’s SuperValu Killorglin on Friday evening, before losing out to Belfast Star on Sunday afternoon in Belfast, 96-81. Star, for their part, also had a double header weekend, and went into today’s game with Demons off the back of a tough loss against Pyrobel Killester in Dublin on Saturday evening. Maree had the better of DCU Saints in Galway, running out 98-77 point winners in a high scoring affair, and will now go on to face Keane’s SuperValu Killorglin in Kerry tomorrow, while Killester will travel across town to DCU Saints.

Over in the Women's Super League, DCU Mercy scooped the silver medal for the League on Saturday evening thanks to a 77-70 point win over Fr Mathews at home. Tied in second place going into the game, the two sides were set for a battle royale and it certainly delivered. A huge third quarter from the hosts saw Sarah Woods and Bronagh Power Cassidy light up the court, but just when it looked like they were home safe, a fourth quarter comeback from Fr Mathews kept the game in the melting pot right up until the final buzzer. 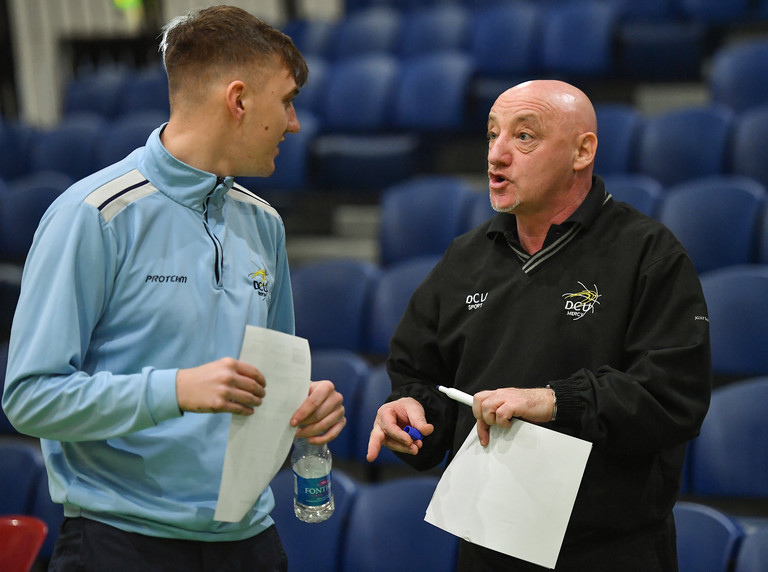 “Some years you could be disappointed with a silver medal, but I think with how young we are this year, we are delighted with it,” said DCU head coach, Mark Ingle afterwards. “I thought it was a very good performance and a great game. I thought the young Irish players really stepped up and I thought Bronagh Power Cassidy was amazing, up against the best player in the league for the past 10 years – Grainne Dwyer. It got a bit tight in the fourth quarter because everyone knew what was at stake, but I’m very happy with that performance."

Elsewhere, the battle for top six spots was the one to watch around the country, with Maxol WIT Wildcats taking the spoils from their game with IT Carlow Basketball, Pyrobel Killester overcame Ambassador UCC Glanmire in another high-scoring clash and Singleton SuperValu Brunell had the better of Marble City Hawks in Cork on Sunday afternoon. League champions Courtyard Liffey Celtics meanwhile finished off their historic season with a win over bottom side, NUIG Mystics, in Galway on Saturday, running out 46-63 point winners in the end.