It was a night of sporting history for the city of Milwaukee overnight as the Bucks brought home the Larry O'Brien trophy for the first time since 1971.

The Milwaukee Bucks were 105-98 winners in Game 6 of the NBA Finals, winning the series 4 games to 2.

It was to be an historic series for the two NBA finalists regardless of the outcome. Milwaukee vowed to end their 50 year wait for an NBA Championship, while Phoenix had never won a championship in their history.

The series wasn't plain sailing for the Milwaukee Bucks from the get go. The Suns were in the hot seat having won the first two games to take an early series lead.

It was the efforts of Finals MVP Giannis Antetokounmpo that helped spur on the Bucks to win the next four games in-a-row and clinch the title.

Antetokounmpo, also known as the 'Greek Freak', was exemplary in Game 6 as he had been all series. He put up 50 points and 14 rebounds, with 5 blocks adding to his total too.

The two-time MVP had the last say in the game on Tuesday night, sinking a free-throw with less than 10 seconds remaining in the fourth quarter.

When asked post-game if he thought he'd ever be an NBA Champion and Finals MVP, Giannis said, "No man. No no no." "I never thought I'm going to be 26 years old, playing with my team, playing in the NBA Finals."

Antetokounmpo has a story for the ages. His rise from a poverty stricken teenager in Greece to NBA stardom has been incredible. Giannis was born in Athens to two Nigerian parents, whom struggled to get work and gain citizenship.

As a teenager, Antetokounmpo sold watches, handbags and sunglasses in the streets along with his brother to make ends meet. He has talked in the past about skipping meals to allow his three brothers to have enough food to eat.

"I started playing basketball just to help my family, try to get them out of the struggle," he said.

"8 and a half years ago, before I came to the league, I didn't even know where my next move would come from. You know, my mom was selling stuff in the street. And now I'm sitting here in the top of the top."

Giannis came into the NBA as an 18-year-old of sleight build. It took several years for him not only to develop his basketball game, but to build a body suitable to play the physical style he is now known for.

Now, as Finals MVP and NBA Champion, Antetokounmpo knows how influential is story can be. "The whole of Africa, the whole of Europe, they know I'm a role model. This should make every person, every kid, anybody around the world too to believe in their dreams."

"When you feel down, when things don't look like it's gonna happen for you, you might not make it .. just believe what you're doing. Keep working, don't let anybody tell you what you can't be and what you can't do," he said.

"If I never have the chance to sit at this table ever again, I'm fine with it. I hope this can give everyone around the world hope."

See Also: The Reviews For The New 'Space Jam' Are In, And They're Not Good 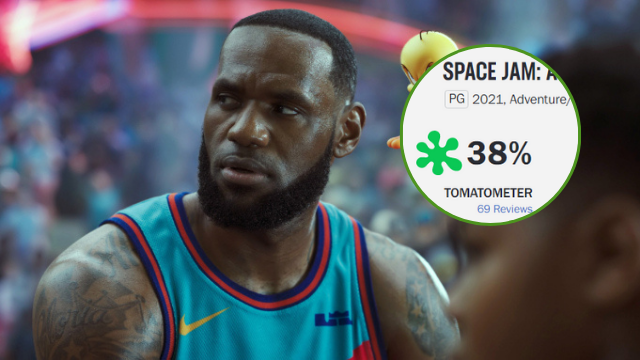