NBA In Stand-Off With Dallas Mavericks Over National Anthem

The NBA has responded to the Dallas Mavericks’ decision to continue skipping the pre-game playing of the US national anthem for this season.

The Mavericks have not played the anthem before their 13 home games across pre-season and the regular season so far. Monday night saw the Mavs welcome fans back to their arena for the first time this season with a win against the Minnesota Timberwolves. The anthem was again not played.

Though the NBA initially appeared to stand by the Texas team’s decision, they have now backtracked and confirmed that they expect each team to play the anthem before home games. In a brief statement, the NBA said:

“With NBA teams now in the process of welcoming fans back into their arenas, all teams will play the national anthem in keeping with longstanding league policy.”

The Mavericks’ decision not to play the national anthem was not formally announced or communicated to staff. Owner Mark Cuban confirmed the decision in an interview with ESPN earlier this week. On Wednesday, in a response to the NBA’s statement made through the Mavericks’ Twitter account, Cuban said that the NBA must understand that there are many in America who do not feel represented by the anthem. He encouraged all involved in the league to listen to the voices of those who feel excluded.

The practice of kneeling during the national anthem has become a widespread form of protest in the States, particularly in the past few months in the aftermath of the deaths of George Floyd and Breonna Taylor. NFL player Colin Kaepernick was the first major American sportsperson to do so in 2016, and it has since become common to see players kneeling during the anthem to protest against racial discrimination and inequality.

The NBA had previously enforced rules that required players to stand during the anthem, but has not enforced those rules this season.

Cuban has previously spoken out in favour of the practice of kneeling, suggesting that he would join any players from his team who chose to kneel during the anthem. He also sought to drive home the meaning of the protest, suggesting:

“I think this is more a reflection of our players' commitment to this country and the fact that it's so important to them that they're willing to say what's in their heart and do what they think is right.”

The Mavericks’ next home game is on Friday night against the New Orleans Pelicans. 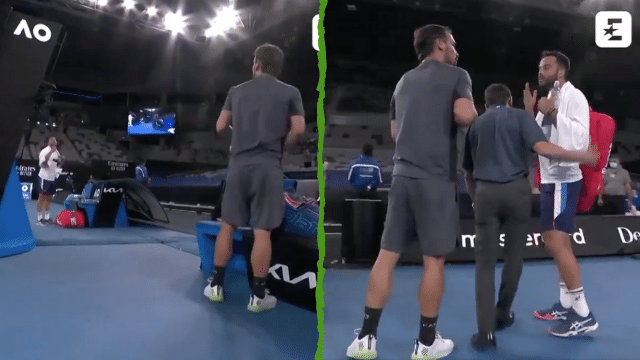