19 years after making her debut with the Irish basketball cadet team, Gráinne Dwyer's grá for the game continues to grow exponentially.

It has been a career that blossomed to encompass a wide range of sporting accolades: Irish Senior Women’s captain, Super League National Cups and Most Valuable Player awards. She has won the Hula-Hoops National Cup six times. But her appetite for silverware still rages on.

Winning isn't as easy as it always was. Dwyer recently transferred away from Glanmire, a club so steeped in success that they "almost expect to win." Not that there was any hubris in the team: "It was just it was such a successful side, really strong." 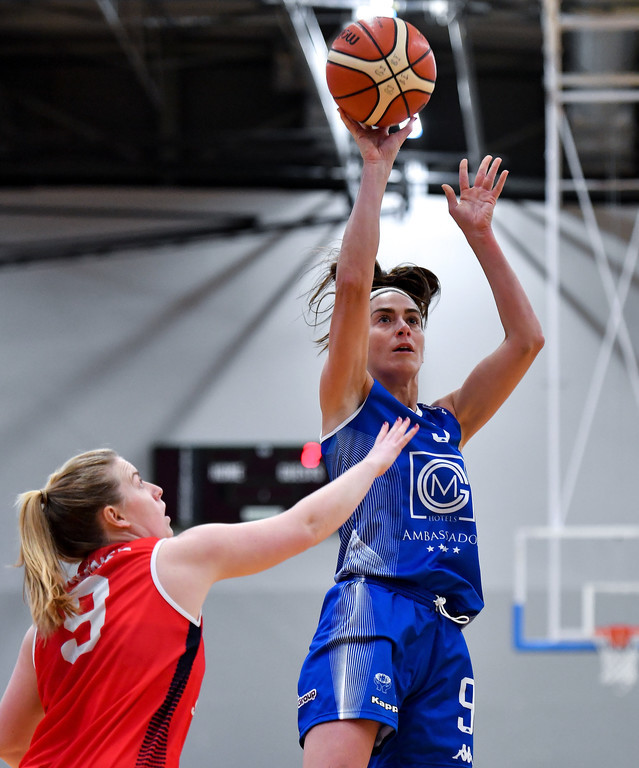 The Dwyer sisters are renowned in Irish basketball circles. For a while, they were together at Glanmire. Then Niamh, Gráinne's older sister, left for Fr. Mathews. She left Super League basketball behind too, until last year when they were promoted. Come 2018, the sisters were reunited on the court. Gráinne gravitating towards her ally after Glanmire's search for a fifth cup in-a-row failed.

It's a relationship aided by the common ground of basketball. As far as Gráinne is concerned, she is glad to be closer to an innovative thinker.

She (Niamh) is a natural coach, she loves it. And her basketball brain is really on point.

When I coach, I like coaching but I like it because I enjoy helping out and when I'm in a club, I am committed to the club so I like working with kids to see them develop. But in terms of coaching, I don’t consider myself a good coach, no. I am always there but it is repetitive at underage, so they will learn what I am doing. Just in terms of advancing them, I don’t think I am up to standard.

I like coaching but primarily I am a player. But I find Niamh does that really well. I think sometimes it is tough in games when she is trying to do a bit of both but she gives a lot of important input. I watch her coach our Matthews and she is so sharp. In basketball, you can have five time-outs substitutes in and out all the time. For me, I just play a game but she combines two with coaching. She is watching everything around her. I’m not in that mindset, I'm still a player.

Niamh is more than just a coach for Gráinne, she is a confidante. Someone to turn to who can analyse both the game and situations around it. Even after she left Glanmire, Niamh was kept well-briefed on matters concerning her younger sister.

"It was actually so nice for me that she had moved from Glanmire because she knew the ins and outs of it,"  Gráinne explains before briefly chuckling.

"So when I needed to vent without bringing down a team-mate or get them involved in what is pissing me off or bugging me, I could just pick up the phone to her.

"She is quite rational. She is not someone who feeds into it. Just because I am her sister and [I] say something she doesn't agree with me. She tells you straight up what she thinks.

"I rang her one time we were in a tournament, I said something in the dressing room in front of all our team and in front of our coach. I probably shouldn't have said it because it looked liked it undermined my coach. All the girls were like 'you were dead right, you should have said it!' I knew in my heart and soul I wasn’t.

"So I picked up the phone and asked, she said 'absolutely not! Wrong time, wrong place. I’m not saying you were wrong in what you said, but you can’t undermine your coach in front of all the people in that room. Now go speak to him.'

"The girls agreed with me because they were supporting me, but she was just like ‘no!'"

It is not just her sister who Gráinne relies on for external, objective assessment. One of the key processes she will engage in before Friday's monumental match is video-work. Fr. Matthews have an established system for watching tape, thanks to the father of one of their players, Amanda O'Regan.

O'Regan's dad, Mick, films every game and cuts the clips himself. They are broadcast at training with his full-scale projector.

The reason Gráinne places such importance on this aspect is that she has Dyslexia. "I'm a visual learner, I've always been that way," she clarifies. It's something that stands to the entire team too. 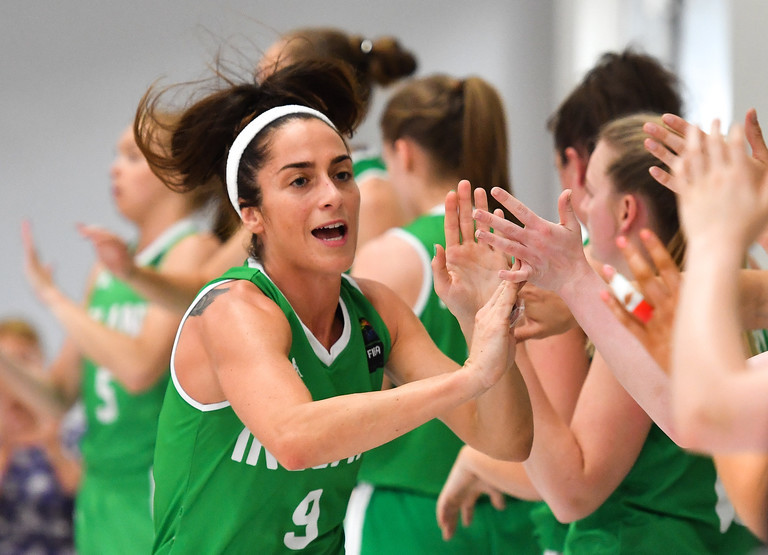 "You can't argue with a video clip. It's black and white. Two people can think they did the right thing and you might argue about it on the court, but when you see it back, that's that.

"We get to talk as a team as well. Like if there was a bad pass, it can still be the right thing. That comes up 'you were doing the right thing in the game.' Someone can think 'no, it’s a turnover' but it can be a positive if it comes down to the right idea."

She will go and watch Brunell's prior to this week's encounter and is acutely aware of how good they are. Dwyer has played against the Cork side twice at the same stage over the past two years with Glanmire. In 2017, her 22-point stand-out performance was enough to secure victory.

In 2018, Glanmire once again overcame that challenge on the way to a drive for five Hula Hoops National Cup in-a-row. They were felled at the final hurdle, losing out 72-71 in a classic final encounter against DCU Mercy.

How does she feel about the prospect of another semi-final showdown, albeit with a different team? 'I'm really looking forward to it, the nerves will kick in that morning or maybe the day before, but you want that. You want to get excited!"

The Cup is the biggest show in town, a cauldron of excitement, entertainment and attention that Irish basketball continues to attain. This weekend is one of January sport's great traditions, 20 games across three days in two Cork venues; Neptune Stadium and Mardyke Arena.

Despite her prior triumphs, Gráinne Dwyer is as determined as ever to overcome Friday's hurdle and march on to the final two. Not merely persevering, but prospering thanks to a sustained drive to succeed and objective resolution.