'Fuck No! I Didn’t Sacrifice All Of That For Nothing'

"I’ll never forget being in the room with Lakers team doctor John Moe, who told me straight up, 'Listen. You have two choices: A) You stop playing basketball. You are on blood thinners for the rest of your life. You can’t really do too much activity. Or B) Surgery. And there is a chance you’ll come back and play.'"

Hypeman. Seven different teams across eleven years in the NBA and the reputation that perseveres is Ronny Turiaf as the hypeman. A positive influence, a team player, charismatic and cool. It is why he is so perfect for his current role as an ambassador for the junior NBA and why he finds himself in Dublin, engaging with over 400 kids in the National Basketball Arena. 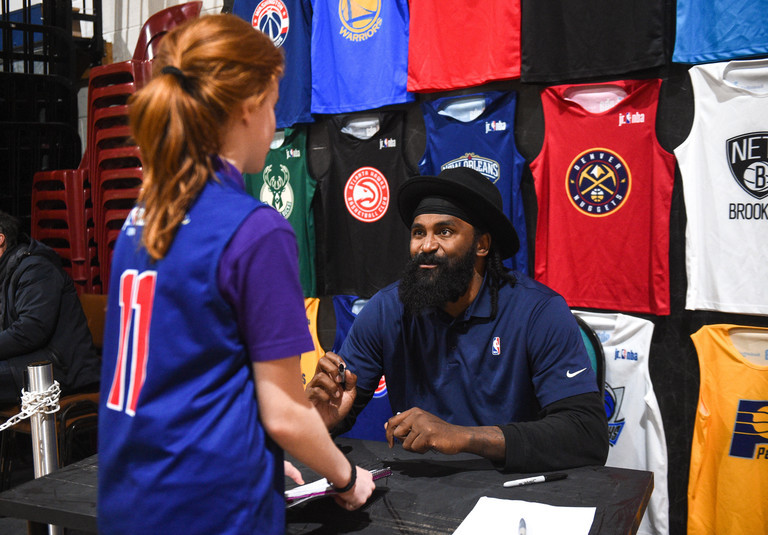 The Frenchman was an NBA champion in 2012, logging over 500 career games and featuring in the playoffs six times for four different sides.

Yet it all came perilously close to ending before it had even begun.

Growing up in Paris, Turiaf graduated to the sport late. After high school, he accepted a scholarship offer from Gonzaga University in Washington. He explains that he was well destined for the paid ranks by then:

"The ambition to become a professional basketball player for me was always there since I first started because I started late. I had to play catch up. I started at the age of 14, so I was like 'you know what? That is my way out.' To create a plan for myself, for my family."

That dream became a reality after leaving college for the lavish LA Lakers. However, just four weeks after the draft, team doctors found an enlarged aortic root in Turiaf's heart. His choice was open heart surgery or retire. When asked was there even a moment of hesitation, Turiaf is emphatic in his resounding response.

Fuck no. I’m sorry, I don’t care. Fuck no. I didn’t sacrifice all of that stuff for nothing. This is part of the reason I am sitting here in front of you in Ireland working with the Junior NBA. It is because it took one surgeon to look me in the eye and be like ‘Bro. I don’t care what anybody outside this room is telling you. I am the one who is going to operate on you. I can make you better and help you pursue your dream.'

If it wasn’t for him telling me that, I wouldn’t feel so confident to tell John Moe 'hell yeah! let's have the surgery.' That guy believed in his skills and believed in my ability to recover fast and to heal. I was like, you know what, let's do it. I don’t have time to waste. Let’s get it done. We had the surgery a few days later.

That is why now, when I come here and see those kids and they tell me they have dreams, what they want to do. I’m like, cool. If I can be the one person in your life to tell you, 'yes! you are not crazy, go for it.' If you need help, whatever I can do, I will help you. I think that is what life is really about.

Turiaf underwent the six-hour open-heart surgery on July 26, 2005, and returned to the court six months later. The Lakers paid all costs.

They are the Galacticos of basketball history. A franchise littered with championship success and star players. The expectation was to win and Turiaf was keenly aware of that.

"The emphasis about winning does not even need to be spoken about. The Las Angles Lakers organisation's traditions speak for itself. It didn’t start with this, it started back in the day, you know what I mean? 16 or 17 Championships speaks for itself. It's like, once you come, you know what time it is! I’m trying to win and it is either everything or nothing.

"You feel like you are doing something for a reason. You look at the banners, you look at the trophies, it is almost constant 'you are going to be an NBA champion.' You are almost getting hypnotised and engulfed in a winning environment." 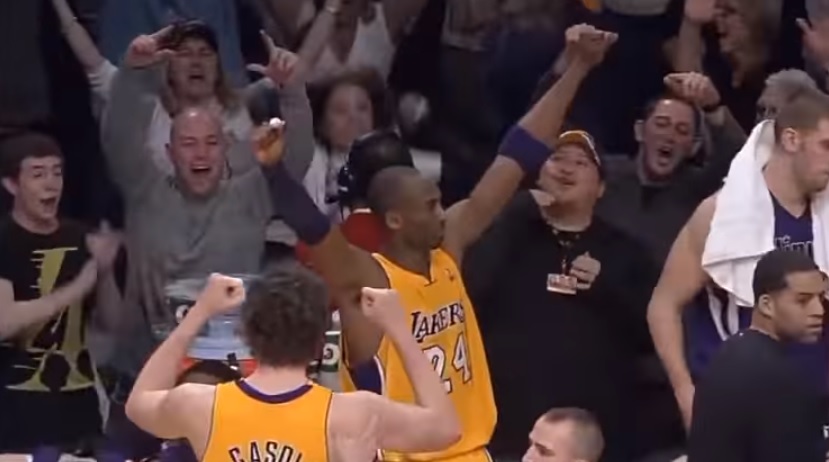 One of those exceptional winners was Kobe Byrant. He and Turiaf had a remarkable relationship, Bryant later described him as one of his four closest ever team-mates.

It is easy to see how people appreciate Turiaf. He looms at 6'10 but it is his nature, not his frame that strikes first. The man exudes enthusiasm. He jokes with a young team from Kerry while signing their socks before launching a passionate defence of the Bounty bar's contribution to a box of Celebrations.

Eventually, we sit down in a side office to reflect on how two distinctly different characters connected while in LA.

"My relationship with Kobe is as weird as it is for everybody else who is like 'how are those guys friends?' It is the same for me. We have shared a lot of time together, on the plane and off the plane. Just talking about life and culture and really just our little sometimes psychotic personalities played well with each other.

"I was crazy, he was crazy and he likes to be around crazy people!"

As for his ability, does Byrant deserve to be the reckoning for the never-ending 'Greatest of All Time' debate?

To put an end to everyone asking me that question, I think the best analogy is if someone gave you a birthday gift. They said they are going to give you a pet lion, a pet tiger, a pet leopard or a pet panther? Which one do you pick?

Turiaf left for the Golden State Warriors in July 2008 without ever winning an NBA title. The Lakers would go on to do so just a year later.

It is not a particularly unusual situation. Players leave teams all the time and often those teams march on to enjoy success. It was all the more unfortunate for Turiaf because the Warriors failed to make the playoffs that year, so time was plentiful for him to watch his former team-mates storm to a 15th NBA title.

What is unusual is to hear said departed player, who left to survive, open up on how hard it was to watch his last team thrive without him.

(Was it hard to watch) Hell yeah, man! What do you think? I worked so hard at it. It was arguably, few people really know what happened. I never wanted to leave the LA Lakers. That was my family man, they paid for me heart surgery. They showed me what it was like to be a professional.

They provided me with a safety and security to be able to be taken care off and feel like what it was like to be part of a winning organisation. I had no desire to leave but when you play pro basketball and try provide for your family you have to do what is best for your family. It was so hard to watch them win.

Turiaf had his own triumph in 2012 with the Miami Heat, a moment he describes as a welcomed chance to "wash away the pain and sorrow." A fitting accolade to top a glowing career. 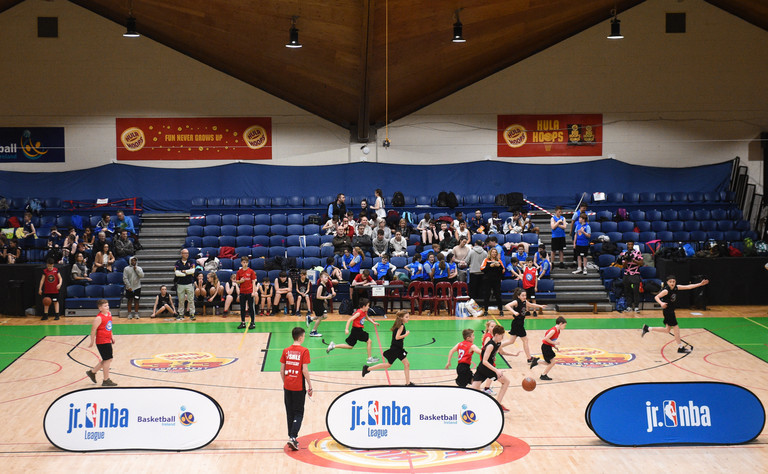 Turiaf is content in retirement, still finding meaning in his job. Hundreds of children have gathered to celebrate basketball and he is the guest of honour. It is a privilege he treats with the utmost seriousness.

"That is what I want to do, right now I just want to go. It is about what matters to you and how can you empower other people the same way they have empowered you. The same way they paid for my surgery, it was kind of like my duty to help other people with the means I have.

"Sometimes that is my energy or a conversation or sometimes it is defibrillators for high schools. Whatever I can do to help. That is what I want to do and I'm just trying to get better at it."

Basketball
2 days ago
By Balls Team
John Carroll On Guarding Zion Williamson, And Much More
2

Basketball
2 days ago
By Balls Team
John Carroll On Guarding Zion Williamson, And Much More
Basketball
1 week ago
By Balls Team
Michelle Fahy On What Irish Basketball Players Heading To The US Need To Know
Basketball
2 weeks ago
By PJ Browne
Darren Randolph Knew How To Avenge Racist Comments On GAA Pitch
Popular on Balls
The Rewind
11 hours ago
By Michael McCarthy
Scenes From Dublin's First "Open" Saturday Night Have Scared The Crap Out Of People