While the overriding emotion at the time of his Olympic withdrawal was heartbreak, Aidan Walsh has been able to shake that off as he returned home from Tokyo with a bronze medal in his back pocket on Tuesday afternoon.

Walsh was due to take on Team GB's Pat McCormack in a welterweight semi-final last week before injury struck and ruled him out of that contest.

But despite the disappointment, Walsh admits that winning an Olympic medal was a bonus to the incredible journey he has been on in his career so far.

"It all just seems surreal," he said this afternoon. "Usually I'm out in the crowd supporting other people, but to be standing on the side is crazy.

"I just feel lucky and extremely grateful. Everyone on the team deserves to be here as well with a medal.

"But first and foremost I'm an Olympian along with my sister alongside a great team. Everything else is a bonus."

Not so long ago, the 24-year-old was outside of the Top 40 of the world rankings, and today, he is an Olympic medalist.

And that, to him, is an achievement in itself.

"I've only been on the Irish team a few years and to come here and come away with a medal is amazing," he explained. "It's a bonus."

"But even in terms of the qualifiers and it being so short, the last year has been so continuous with the boxing.

"I'm just looking forward to taking it easy for a few days and get back to normality for a bit." 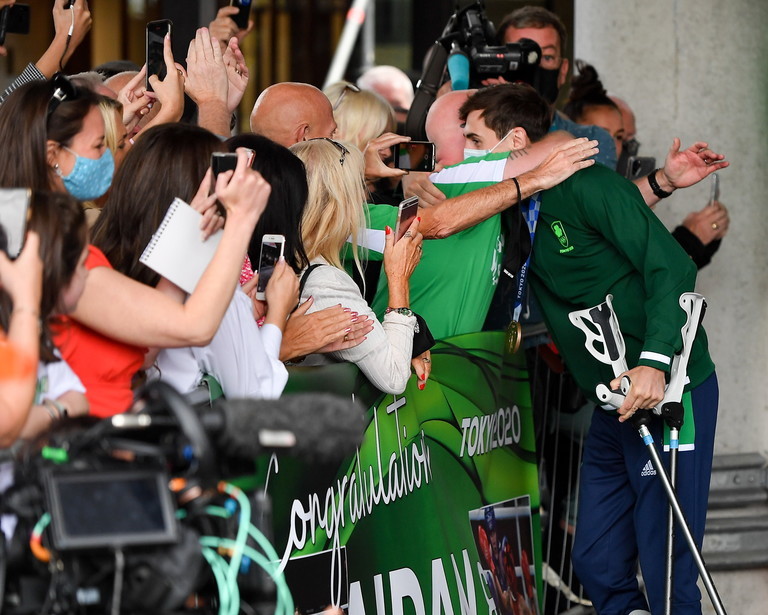 The Belfast native added: "I've had to pinch myself because I have come so far in such a short period of time.

"I've always been boxing and training behind the scenes. All I needed was an opportunity. My club Monkstown and my coach Paul Johnston helped me massively.

"And when I went to Dublin the Irish High Performance gave me a massive opportunity sending me to the World Championship's, and going off to progress to be an Olympian is amazing.

"World rankings don't set anything in stone for you but I was thinking 'God, I'm not even in the top 40'.

"God knows where I am now but I would like to think I'm a wee bit up the ladder.

"I've given my life to boxing, I've been extremely lucky and grateful to have the High Performance Unit backing me and my sponsors who have helped me to get here. "

And even though he never reached the ring for that semifinal fight, Walsh cuts a positive figure.

"In life in general you just have to be positive," he finishes. "In that situation it was hard but the positive to take from it was that I was an Olympic medalist.

"I couldn't control what came after that. I just took it all in my stride. It was physically impossible to fight.

"I'm here, I'm an Olympic bronze medalist sitting in front of you guys and it's brilliant."

SEE ALSO: 'There Have Been Many Lives Saved Through Boxing': Calls For Increased Funding After Tokyo Glory 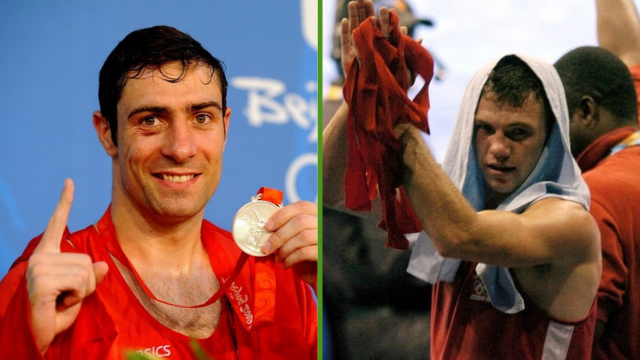 Boxing
2 weeks ago
By Jonathan Byrne
"The Team Is Sticking Together For Paris" - Aidan & Michaela Walsh On Life After Tokyo
Boxing
1 month ago
By Eoin Harrington
'She Deserves It As Much As I Do': Aidan Walsh On Michaela's Influence On Bronze Medal Win
Olympics
1 month ago
By PJ Browne
Aidan Walsh Forced To Withdraw From Olympic Boxing Semi-Final
Previous Next

Boxing
2 weeks ago
By Jonathan Byrne
"The Team Is Sticking Together For Paris" - Aidan & Michaela Walsh On Life After Tokyo
Boxing
1 month ago
By Eoin Harrington
'She Deserves It As Much As I Do': Aidan Walsh On Michaela's Influence On Bronze Medal Win
Olympics
1 month ago
By PJ Browne
Aidan Walsh Forced To Withdraw From Olympic Boxing Semi-Final
Popular on Balls
Football
18 hours ago
By Eoin Harrington
Watch: Caoimhín Kelleher Penalty Save Helps Liverpool Through To EFL Cup Fourth Round
Football
22 hours ago
By Jonathan Byrne
The Battle Of Old Trafford: Roy Keane On Why Arsenal 'Crossed That Line'
Football
23 hours ago
By Andrew Dempsey
Shay Given Reveals 'Horrendous' Contract Offer That Forced His Celtic Departure