Demetrius "Boo Boo" Andrade is a world champion, is undefeated, and thought of within boxing circles as one of the best pound for pound fighters in the world. He steps into the ring on Friday night with a 30-0 record for what his team will no doubt consider a routine title defence against a 30 year old challenger with a professional record of 19-1.

The fight, for the WBO World Middleweight crown, will take place in Manchester New Hampshire in the early hours of Saturday morning (Irish time), just 100 miles from Andrade's hometown of Providence, Rhode Island. This is, ostensibly, a home fight for the American champion.

What Andrade and his camp might not have reckoned with though is the power of an Irish challenger, and in particular, one as universally liked and well supported as Donegal's Jason Quigley.

At the weigh-in for the fight on Thursday, Quigley stepped up to the scales and received a thunderous ovation, setting aside any possibility of a home town advantage for Andrade.

👑 WBO World Middleweight Title on the line tomorrow in our main event!#AndradeQuigley pic.twitter.com/XlPM45HqtB

Speaking to Balls last month, Ladbrokes ambassador Quigley told us of the support he's been receiving from home.

What a buzz 🇮🇪
•
Weigh in done, ready for tomorrow night! 👊🏼#AndTheNew #AndradeQuigley
.

Quigley is a 7/1 underdog for the fight on Ladbrokes, but speaking to us yesterday, fellow Irish professional Eric Donovan says that while becoming world champion on Friday night will be an uphill task for the Donegal man, he's got every chance.

Andrade tends to start fast and finish slow, that has been the pattern over his last number of fights. If he doesn't get you out of there early he kind of plateaus a bit. If Jason can be within touching distance at the midway point, he can have a go then, but be careful.

"It's all about execution of the performance on the night" 🥊 @ericdonovanbox believes that Jason Quigley can cause Demetrius 'Boo Boo' Andrade problems in their WBO World Middleweight title fight on Saturday morning!

SEE ALSO: 'There's No Pressure On Me': Quigley's Honest Assessment Of Fight Week 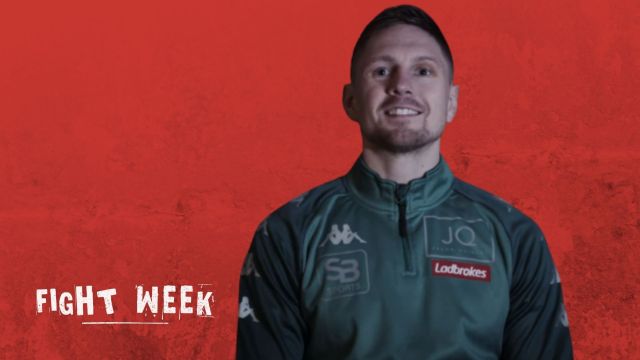 Boxing
6 months ago
By Balls Team
'I Believe In Him... We’re Going In With Every Intention Of Winning The Fight'
Popular on Balls
GAA
3 days ago
By PJ Browne
Mayo's Padraig O'Hora Using Football To Promote His Real Passion
Rugby
1 day ago
By Colman Stanley
'That Pace, That Intensity, That Organisation' All Black Legend Has High Praise For Leinster
GAA
1 day ago
By PJ Browne
Jim McGuinness's Gut Tells Him Dublin Will Win The All-Ireland
The Rewind
2 days ago
By Eoin Harrington
Watch: Brilliant Dermot Morgan Dublin Segment From 'The Travel Show' Resurfaces