'I Believe In Him... We’re Going In With Every Intention Of Winning The Fight'

Andy Lee believes Jason Quigley will be the toughest opponent which Demetrius 'Boo Boo' Andrade has faced in terms of "concentration and technical ability" when the American puts his WBO middleweight title on the line against the Donegal man later this month.

Lee - himself a former middleweight world champion - has trained Quigley for the past two years, and thinks the 30-year-old has reached a "new level" in that time.

"Jason has nothing to lose and we’ve come up with a gameplan and he’s working extremely hard – he’s doing everything he possibly can to win the fight," Lee told the Irish News.

"Jason will have to compete with him for every second of every round. It’s about concentration, it’s about making Andrade work and taking him out of his comfort zone. It’s about fighting the fight that Jason wants to.

"It’s ring craft, that’s what we’ve been working on – it’s not just throwing shots, it’s about dominating the fight and deciding when to fight."

Lee said Quigley - 19-1 - is relishing the prospect of being the underdog for the first time in his pro career. And though he is the outsider, Lee believes his fighter does have a shot when he faces Andrade in Manchester on November 19th.

"I have every belief in him, I know he’s up against it but I’m confident," said Lee.

"He has trained extremely hard and he has done everything right inside and outside the gym.

"He’s working on what he has to do to make the gameplan work and if he can show and pull off what he has been doing in the gym in the fight then I think he can be successful but we’re under no illusions that we’re in a hard fight.”

Boo Boo Andrade: Quigley Must Be "A Warrior To Step In the Ring With Me" 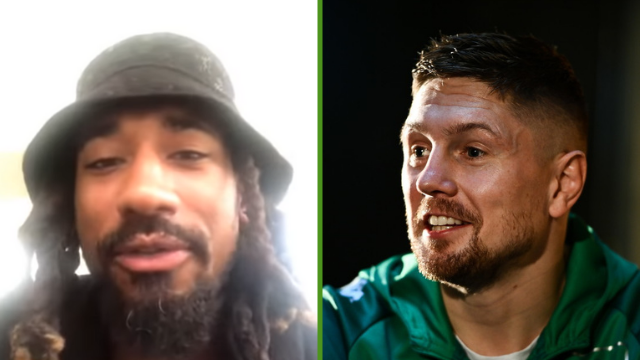 Boxing
3 weeks ago
By Donny Mahoney
Quigley Relishing Chance Of Joining Irish WBO Boxing Lineage
Boxing
3 months ago
By Jonathan Byrne
'There Have Been Many Lives Saved Through Boxing': Calls For Increased Funding After Tokyo Glory
Boxing
8 months ago
By Maurice Brosnan
‘It Was Total War’ – Reliving One Of The Most Thrilling Fights In Boxing History
Popular on Balls
Rugby
2 days ago
By PJ Browne
Jackman Explains How Barman Helped Connacht Recruit Mack Hansen
The Rewind
21 hours ago
By Colman Stanley
New On Netflix Ireland: Your Guide To December's New Additions
Football
1 day ago
By PJ Browne
MK Dons Boss Criticises Troy Parrott After Red Card Against Leyton Orient
Football
1 day ago
By Jonathan Browne
Ralf Rangnick's Manchester United Transfer Wishlist Contains Some Massive Talent