When news emerged earlier this year that a deal had been agreed that would see Anthony Joshua and Tyson Fury would finally face off in 2021, it was music to the ears of boxing fans.

The two British heavyweights have avoided each other for far too long, with a bout to decide the undisputed heavyweight champion of the world a tantalising prospect.

However, details on surrounding that fight have not been forthcoming. Considering both men now have other bouts arranged, some are doubting we will see them face off in 2021, if at all.

Anthony Joshua seems to be amongst that bunch.

Speaking to ESPN, he said that he is far from certain that he will face Tyson next year.

When I look at Fury, great talent, but I don’t know whether he’s coming or going.

He announced he was going to fight me, then the deal didn’t get signed and we’re not fighting. Then you have got Usyk and he seems to be just straight.

I go off people who are serious. If Fury is serious and keen then the fight will happen.

Honestly, I’m keen to test myself. He’s supposed to have the real boxing IQ, so it’s going to be a really good challenge.

I’m keen to compete with him, no problem. But whether he’s ready, that’s a whole other story because of the issues he faces during his career.

I don’t know what will happen in 2021 but if I was to bet all my money on it I would say Usyk because he is with Matchroom, straightforward fight, and his track record shows when he says he is going to fight someone, he does.

Considering how frustrated fight fans already are at these two for avoiding each other, we can imagine the news that another year may pass without the unification fight will not go down well. 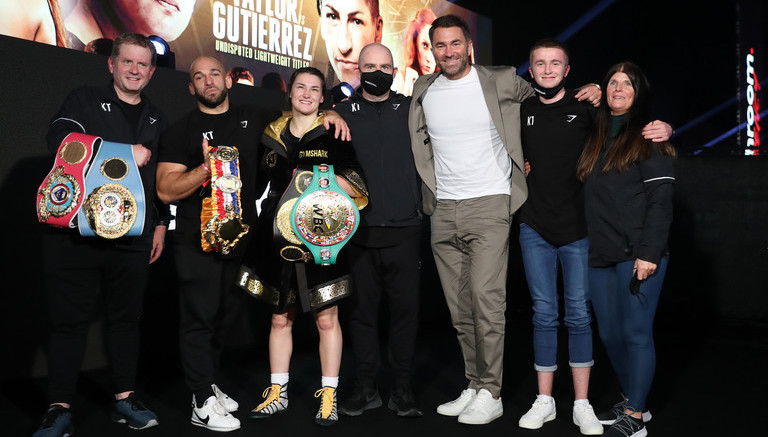 Boxing
1 month ago
By Jonathan Byrne
Bob Arum Says 'All The Points' Agreed for Fury vs Joshua Fight
Boxing
9 months ago
By Sean Meehan
WBC President Casts Doubt Over Fury And Joshua Showdown
Boxing
1 year ago
By Gary Connaughton
Tyson Fury Will Offer Deontay Wilder Millions To Pass Up On Rematch
Popular on Balls
Premier League
16 hours ago
By Michael McCarthy
Quiz - Can You Name Manchester United's Top 3 Goalscorers From Each Premier League Season?
Football
16 hours ago
By Gary Connaughton
Paul Scholes Is Unconvinced By A Manchester United Move For Jadon Sancho
29