Jason Quigley has the chance to make history in the early hours of Saturday morning. The Donegal man will be looking to become a world champion, an opportunity that is granted to few people from this part of the world in professional boxing.

He will be the underdog in his WBO-NABO middleweight decider against Demetrius 'Boo Boo' Andrade in New Hampshire, with the American boasting professional record of 30-0.

That won't stop Quigley from believing he can walk away with the title. The 30-year old has sacrificed a huge amount to reach this stage in his career, something that will be charted in an upcoming documentary.

Jason Quigley: Lift Your Heels follows the fighter as he prepares for the biggest bout of his life, hoping to fulfil his lifelong ambition of becoming a world champion.

It will be released in December, with a first look at what will be on offer released this afternoon.

Of course, the ending of this documentary has yet to be written.

Here's hoping that it will finish on a high. 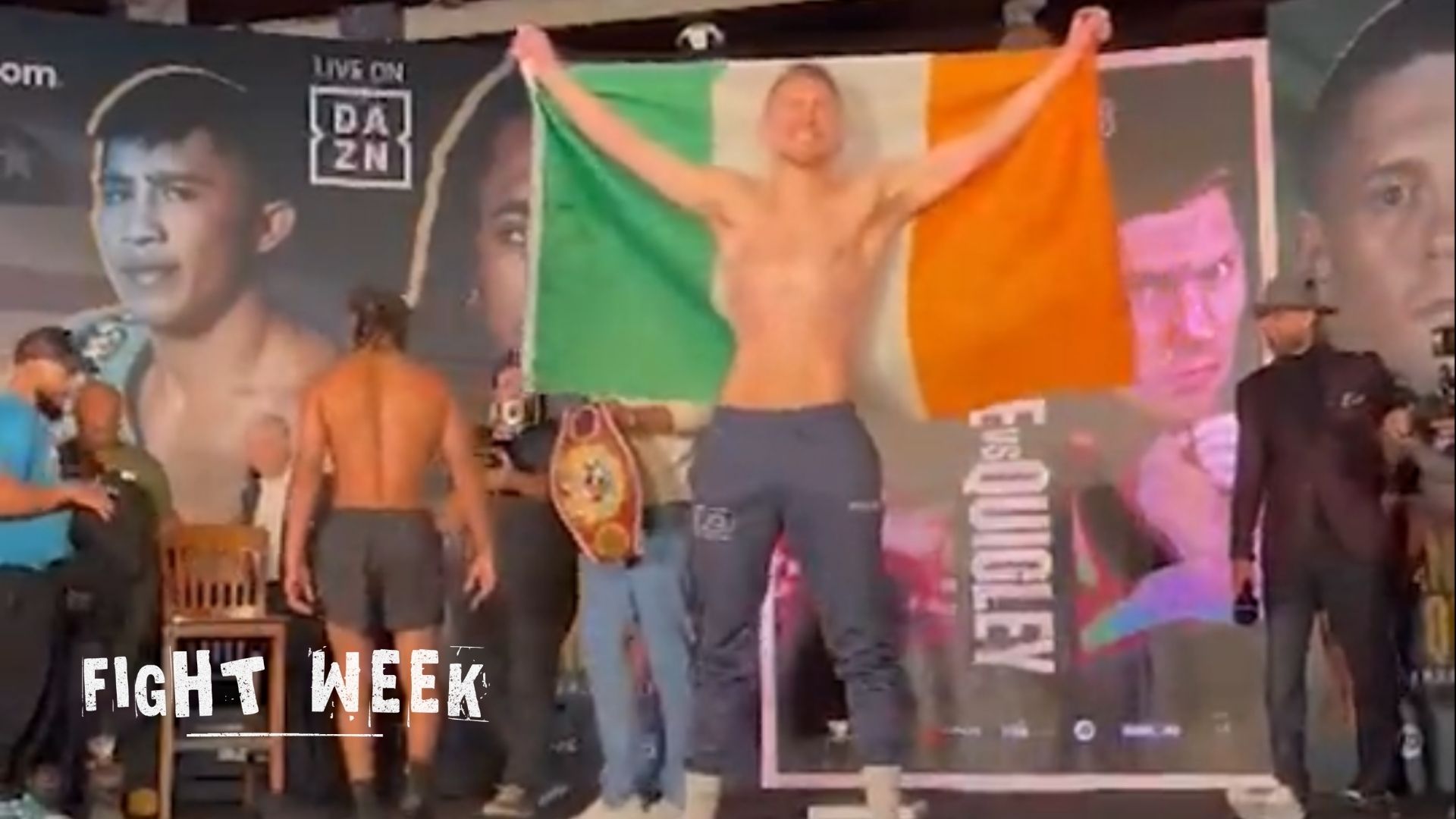