Eddie Hearn believes that the Conor McGregor Vs Floyd Mayweather boxing match was a 'con job', though also admits the genius way in which the fight was promoted. 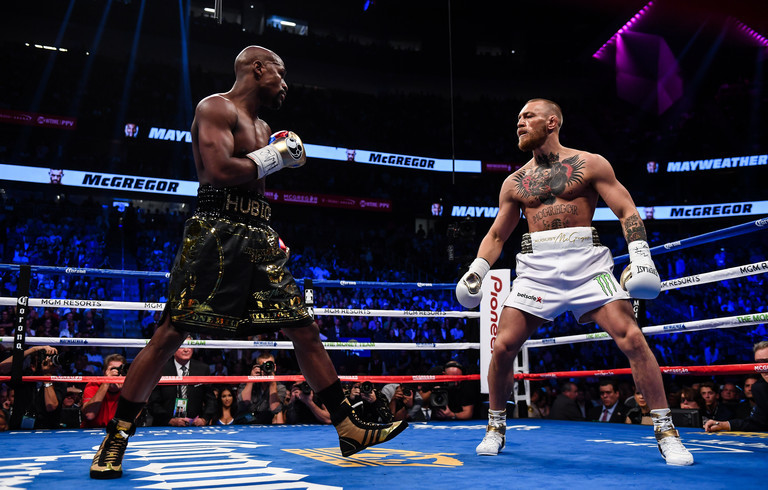 Hearn was speaking in an interview hosted by Alistair Campbell, and had a dim view of Mayweather McGregor as a boxing spectacle, and believes that Mayweather went easy on the Notorious in the match:

As a boxing fanatic and a hard core fan, someone who's followed the sport for 30 years. I had one eye on it thinking 'I can't believe what I'm watching here and then the other one looking around at the media tours, the PPV numbers going this is absolutely fucking genius, and McGregor is absolutely brilliant.

You had two geniuses in the ring who would have shook hands behind closed doors after the fight and gone 'great work son, great work'.

Hearn went on to say that neither fighter has any interest in the good of the sport and that it's a fine balance between 'circus' and what's good for the sport:

See Also:'I Will Bring It To The Grave With Me' - Ray Moylette Lifted By Special Home Force