Whether we like it or not, it is clear that boxing has moved in a different direction in recent years.

The biggest stars in the sport are no longer the biggest pay-per-view draws, with YouTube stars and other celebrity events now tending to draw the largest paydays.

Nobody has exploited that better than Jake Paul. The YouTuber has had a number of bouts already, although next month will see him face a professional boxer for the first time in the form of Tommy Fury.

Despite the relatively low level on display, that fight is sure to draw a huge amount of interest.

The press conference to promote the event took place earlier this week, with John Fury creating the most headlines. The father of Tommy and Tyson, he came under heavy criticism for derogatory comments he made about Paul's girlfriend.

BT Sport, who broadcasted the press conference on their YouTube page, were forced to issue an apology as a result:

This week BT Sport streamed a live boxing press conference that included a number of offensive and unacceptable comments, some of which has led to further online abuse.

This goes against all the values that BT Sport wants to uphold.

We would like to apologise for any offence or upset this has caused.

Eddie Hearn certainly was not impressed with what he saw.

The boxing promoter, who is not stranger to controversy himself, said that the event crossed the line with some of the language used.

Speaking to iFL TV, Hearn said he was glad he was not associated with the event, even saying he felt sorry for rival promoter Frank Warren.

It was disgusting, it was tasteless, the language was terrible - but me saying that it’s ‘Oh it’s Eddie, it’s just because he’s not involved in the event'.

I am over the moon that I am not involved in that. Trust me. You’ve got the younger generation watching that.

Actually, for one time I felt a little bit for Frank Warren because I’ve been there on a much less cringe stage with KSI and Logan Paul. Frank was embarrassed. The language is terrible.

With a number of weeks still to go until the fight, we doubt this will be the last controversial incident to take place during the buildup.

SEE ALSO: Kellie Harrington Had To Win An Olympic Medal To Get A Late Late Toy Show Ticket 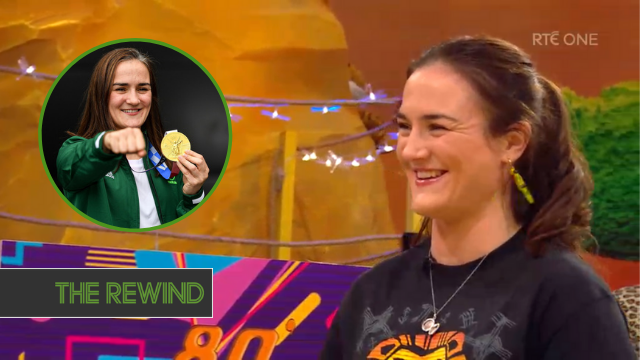 Boxing
4 months ago
By PJ Browne
Jake Paul Working With Eddie Hearn On Massive Katie Taylor Fight
MMA
7 months ago
By Gary Connaughton
Jake Paul Has Actually Been Talking Major Sense On The UFC's Pay Issue
Boxing
8 months ago
By Jonathan Byrne
Why Do People Care About Jake Paul vs Ben Askren?
Previous Next