Katie Taylor has retained her status as undisputed lightweight champion of the world, and in truth her victory over Miriam Gutierrez was never in doubt from the very first bell.

The Irishwoman dominated the fight right from the off and it was remarkable that her opponent managed to last all ten rounds. In the end, there was to be no doubt about the judge's decision.

It was a victory that cemented her position as the most dominant fighter in women's boxing, and speaking after the bout, Eddie Hearn summed up exactly what Taylor means to the sport.

She's the greatest to ever do it in women's boxing, and we're just starting out! I believe she's got four five, six years. I don't want to put a number on it because she has a go at me, but there's so many more years to come.

Nobody has ever boxed like Katie Taylor in the female code. The movement, the shot selection, the body work, the head, and the discipline that she applies to her camp life and career. I don't want to embarrass her, but she's an absolute role model to every young individual.

Male, female, it doesn't matter. If you dedicated yourself to your passion, your dream, you can make it. There's not a day that goes by where she doesn't think about improving...

This has been an amazing journey. Four years ago we were in the same building for her debut. I didn't know what I was doing! We were just sitting there worrying about how it was going to go.

Katie Taylor deserves every bit of it. 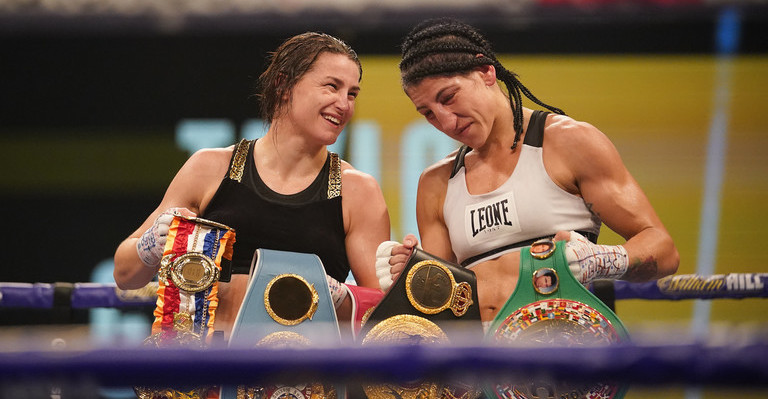