In the early hours of Saturday morning, Jason Quigley will be presented with an opportunity that rarely finds its way to Irish fighters. He will have the chance to be crowned a world champion, taking on Demetrius 'Boo Boo' Andrade in New Hampshire for the WBO-NABO middleweight strap.

It is a bout that the Donegal man has been working towards his entire life, but he will enter the ring as an outsider. His American opponent boasts a professional record of 30-0 and has been a world title holder since 2013.

Still, Quigley will enter this one full of belief.

He has had his setbacks in recent years, with his loss to Tureano Johnson back in 2019 halting what had been a hugely promising start to his time in the pros. He has bounced back since, winning his last three fights. Now he is set to face the biggest test of his career to date.

What will he need to do to pull off the upset? Eric Donovan believes that a focus on the basics of the sport, something Quigley had gotten away from a few years ago, could be key.

Speaking on The Buildup podcast, Donovan said that Quigley has turned things around in recent times with his partnership with Andy Lee after losing his way a bit before the loss to Johnson.

In the early part of Jason's career, he spent a bit of time out in LA and they gave him the nickname 'El Animal'. He was dominating a few of his early fights and knocking lads out.

Sometimes that can all play a part, you think you've got to start fighting that style, the 'El Animal' style and give these people what they want.

For most top fighters, in the first ten fights of their professional career they should be knocking guys out, they should be getting rid of them with relative ease. Then the benchmark and bar is going to be raised, the opposition will come tough and ready after that.

I think I can see that coming back now with the help of Andy Lee.

Yeah he had a good win against [Shane] Mosley Jr, but it wasn't all plain sailing for him. We expected him to win the fight, but he actually had to pull it out of the fire. It was slipping away from at one stage, he was down on the card and then turned it around at the midway point. He turned it around by doing what he does best, and that's boxing.

What will be key to winning the world title for the Irishman?

Andrade may be undefeated as a pro, but only two of his last seven victories have come via stoppages. Eric Donovan believes he has a tendency to cruise a bit in fights, something Quigley can take advantage of if he can stick with his for the first half of the bout.

I think he's going to need those boxing skills and IQ against Andrade, especially in that first half of the fight. Andrade is a dangerous, dangerous guy, especially in the early rounds when he is explosive and powerful. He is so fast.

Andrade tends to start fast and finish slow, that has been the pattern over his last number of fights. If he doesn't get you out of there early he kind of plateaus a bit. If Jason can be within touching distance at the midway point, he can have a go then, but be careful.

Despite the fight set to taking place at around 3am Irish time on Saturday morning, you can expect a huge amount of people in this country to be up and cheering Quigley on in his quest for that world title. 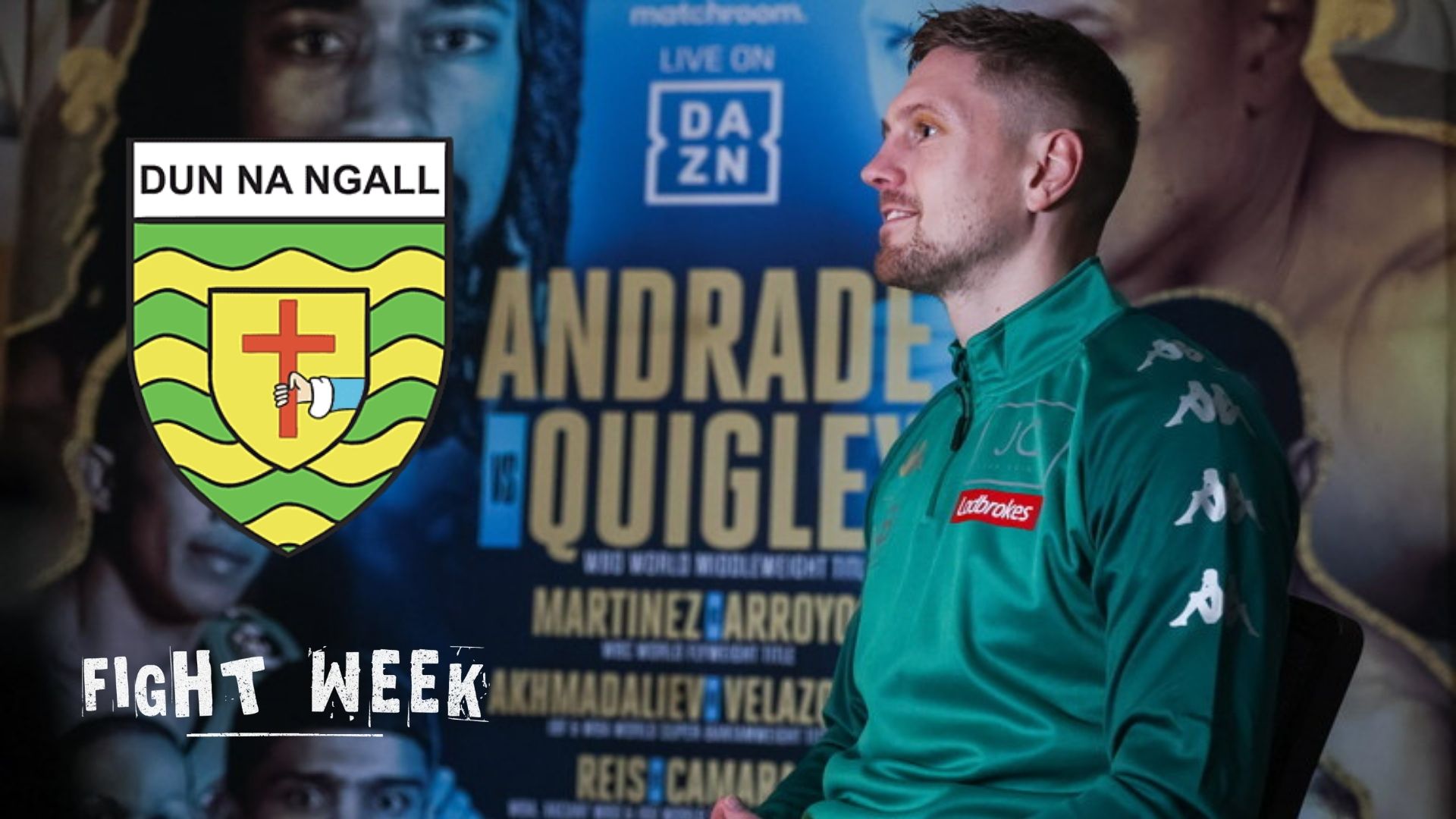 Olympics
9 months ago
By Gary Connaughton
Eric Donovan Believes Pressure Is Off Kellie Harrington As She Goes For Gold
Boxing
9 months ago
By Gary Connaughton
Eric Donovan's Olympic Punditry On RTÉ Is An Absolute Tonic
Podcasts
1 year ago
By Michael McCarthy
Jason Quigley Gives Eric Donovan A Massive Chance Of Causing A Big Upset
Popular on Balls
GAA
3 days ago
By PJ Browne
Mayo's Padraig O'Hora Using Football To Promote His Real Passion
Rugby
1 day ago
By Colman Stanley
'That Pace, That Intensity, That Organisation' All Black Legend Has High Praise For Leinster
GAA
1 day ago
By PJ Browne
Jim McGuinness's Gut Tells Him Dublin Will Win The All-Ireland
The Rewind
2 days ago
By Eoin Harrington
Watch: Brilliant Dermot Morgan Dublin Segment From 'The Travel Show' Resurfaces