Generation Z: How The Lines Between Sport & YouTube Are Becoming Blurred

The way we consume media is changing. Whether it's print media, the way we watch television, or our method for listening to music, the world is a vastly different place to what it was only a decade ago.

That is before we even discuss the behemoth that is YouTube.

While its influence is underestimated by those of a certain age, for younger generations YouTube is the media source of choice. Those who possess the biggest channels on the site not only have huge earning power, but they are also some of the biggest stars and role models for kids of a certain age.

As this medium becomes ever more popular, those who have found success to branch out into other areas. That is where the worlds of sport and YouTube collide.

This weekend, what is likely to be the most popular boxing pay-per-view of 2019 will take place. It is not being headlined by any of the usual big hitters such as Anthony Joshua or Gennady Golovkin. In fact, it's not being propped up by professional boxers at all.

KSI and Logan Paul, two YouTubers, are set to headline the event at Staples Centre in Los Angeles. 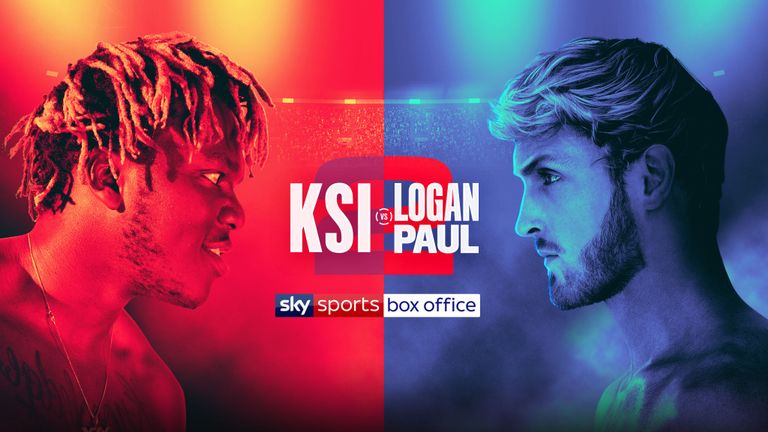 This will actually be a rematch of their drawn 2018 bout in Manchester, although that was not an officially sanctioned professional boxing match. That didn't stop it being a roaring success, generating over 1million pay-per-view buys.

The worlds of sport and YouTube are becoming ever more intertwined. It opens doors to a new audience, one that until now has been untapped.

For generations, millions of young children held the dream of professional sportspeople. While that is no doubt still the case, there is now a new career to aspire to: a YouTuber or social media influencer. For many, this route offers the best of both worlds.

Take the F2Freestylers as an example. Jeremy Lynch and Billy Wingrove both had aspirations to be professional footballers when they were in their youth, lining out at academy level at Arsenal and Tottenham respectively.

As is the case for the vast majority of aspiring footballers, they would fall short. Both would move into the rather niche world of freestyle football, where they would soon join forces to form their duo. However, they soon spotted a new potential venture.

YouTube was beginning to flourish, offering the chance to get their product to the masses. When they first set up their channel in 2011, the landscape was far different. They saw a gap in the market for original football based content and they ran with it.

Speaking to Balls.ie, the F2 recalled how they broke into the industry at the right time.

Jeremy: Being totally honest, when we first broke into YouTube there were a lot less channels. It was a really good time to start a YouTube channel.

Obviously we’ve put a lot of focus and effort into creating amazing content, and over the years we’ve got better and better. We’re really proud of a lot of our content, but we were lucky in that we did start at a really good time.

After fairly modest goals at the outset, they would soon become a huge success. They now have over 11million subscribers on YouTube, as well as 7.4million followers on Instagram.

They have also cast their net well beyond video content. They recently released their fourth book, with their first three being smash hits. They have also launched their own clothing line.

As their brand grew, so did their appeal in the world of football. They have worked with some of the biggest names in the game, producing content with the likes of Neymar, Eden Hazard, and Raheem Sterling.

In many cases it is the footballers who seek out these interactions. F2 have an established method of communication with a younger audience, something these players and their sponsors are keen to exploit. Footballers want to be YouTubers in their own right.

In this sense, the lines between these two very separate worlds have very much become blurred:

When you get there you just keep evolving. It’s kind of like that with player appearances, you get one, then two, now they come thick and fast.

For the young kids who are fans of their the content, the F2 are now as much of a star as the world class footballers they have in their videos. Their example has opened a completely new route into the world of football.

It may be a far more accessible one too. Whereas professional football can be a notoriously industry to break into, the world of YouTube is set up so that anybody can give it a go. Not everybody can make it a viable source of income, but everybody can be given the opportunity to try:

Billy: You have to be so dedicated to be a footballer, you have to give it your everything and still get lucky along the way because so many people want to do it. You can get access to a camera, you can editing software really easily on your phone and you can start tomorrow.

To be a footballer you have to firstly get into a club, then train week in, week out, you have to get scouted and play. To become a YouTuber you can start independently and if you get the breaks you can come through.

The F2 are not professional footballers, but they do play a football for a living. It is here where YouTube and sport combine, and it something we are likely to see much more of in the coming years.

Jeremy: We’ve got an unbelievable job, we’re in an unbelievable position. We get to go on a pitch and create football content. We are YouTubers, and very close to being footballers because we play football for a living.

Skip back ten years and no kid when asked what they wanted to be when they were older were saying ‘I want to be a YouTuber’. Now it’s probably the majority of kids in the UK who would answer that way, that they want to be a footballer or a YouTuber.

The Paul-KSI fight is perhaps the best example of this dynamic at play. This is very much a big profile boxing event, with Eddie Hearn's Matchroom Boxing promoting the fight.

That being said, it has not been all that well received by man in the sport. Katie Taylor spoke last week about how this event was making a 'mockery' of boxing, and she is not alone in those thoughts.

It wasn't the trash talk we are used to... but @LoganPaul clearly had @KSIOlajidebt trying to remember his times tables!! ✖😳 pic.twitter.com/O68MDHkYAY

Those who share that sentiment have become even more exasperated in the last 24 hours, with KSI coming out to say he feels he could take on and beat professional boxers. The video received plenty of backlash online and has since been deleted.

While this may be a monstrosity to boxing purists, we can expect to see more of this type of thing in the future. The fighting game is a money one, and these two will bring in plenty of cash for all of the stakeholders involved.

Eddie Hearn claims he is treating this as a one-off, telling BoxingScene.com:

The Logan Paul versus KSI fight is a one-off. I’m not looking to do celebrity matches...

We made this a professional fight because I wanted to make sure they both understood the code of the sport.

The first fight was a decent one so I had to look closer at this.

Does anybody believe him?

Pay-per-views are becoming a harder sell in boxing, especially when people continue to get more creative in finding ways to ways to watch fights for free. The sport itself seems to be becoming less popular, especially amongst younger generations.

Finding a way to bridge that gap will be a priority in the coming years, and bringing in YouTubers and social media influencers could be the easiest way to do it. Hearn has hinted as much:

I’m interested to see if they can expand the sport and capture a new audience. People say that whoever jumps on board will not stay. Well, that’s our job to make them stay.

We need to showcase ourselves to the Gen Z audience. It’s very difficult to attract them via contemporaries methods.

These fighters will be bringing built-in audiences and expose them to the elite fighters like Devin Haney and Billy Joe Saunders, who will also be on the show.

For young kids who may not even be interested in sport, this is a way to get them in the door.

Boxing will not be the only sport to consider such ventures. You can expect to see similar events in other codes, with football a prime candidate. As the generation who are so embroiled in YouTube become the most profitable group for event organisers, this type of thing will only become more prevalent.

In other words, we may as well get used to it.

Football
16 hours ago
By Michael McCarthy
Confirmed: Mick McCarthy Is Gone, Stephen Kenny Is The Republic Of Ireland Manager
117