Uncasville Hospital in the heartland of Montville, Connecticut is a bleak spot in the early hours of a Sunday morning. In 2008, an anguished Andy Lee sat there with his trainer and mentor Emanuel Steward by his side.

Hurling luminary Henry Shefflin once said after a loss even your heart is in pain. Lee had to contend with a world of it, that ache made worse by the psychological blow of his first career defeat and the physical consequence which included several stitches and a CAT scan.

It was devastation shared. Even in silence, he knew Steward was hurt by his burgeoning middleweight’s loss to Brian Vera. Eventually, the Kronk Gym coach was able to muster the words that let Lee know just how much it meant.

“He just looked at me and said the last time he felt like this was after Hagler vs Hearns.”

35 years ago, the golden age of the welterweight and middleweight boxing divisions obtained its crowning glory. On April 15 1985, undisputed middleweight champion Marvelous Marvin Hagler clashed with contender Thomas 'Hitman' Hearns in Las Vegas. The result was a raucous three-round thriller that has been watched and celebrated over and over again.

From the offset there was an awareness that this could become a barroom brawl. Maybe it was the fact that this particular duo were as opposed as pugilists who have reached the upper echelon of the sport can be. Style, stance, stature and status, nothing was similar.

Then there was the genuine mutual loathing. At the time, Hearn’s prefight declaration could have looked like typical promotional tatter. In hindsight, it was telling.

"I don't like him and he doesn't like me. That's not the usual prefight talk; that's just the way things are."

For two Irishmen this fight, and both fighters, meant a lot.

Hearns hailed from Tennessee. There the hitman started out as ‘Motor City’s Cobra’. His was a frame perfect for boxing; tall and slender with bulking shoulders and oversized arms. He would become the first boxer in history to win five titles across five divisions. 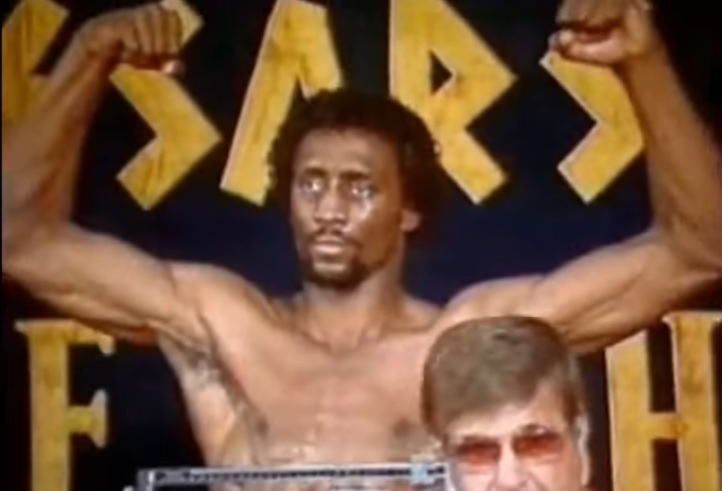 In 1977, he began working under the tutelage of Emanuel Steward. That partnership was prolific as light hitting amateur soon became a devastating puncher.

Andy Lee knows all about this transformation. He would later follow in Hearn’s footsteps and work with Steward at Kronk Gym. The story of that trainer-fighter bond has been well told. In 2012, Steward said of Lee, “I've never been this close to any fighter, including Tommy." 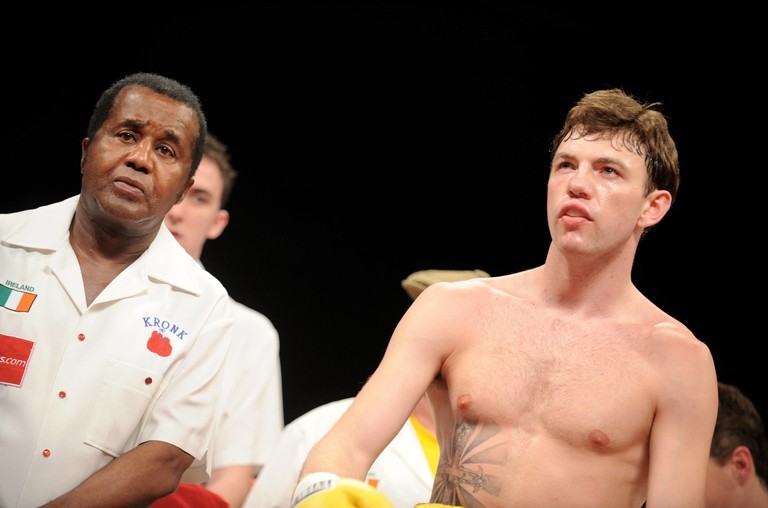 Steward was in the corner for countless fights. As Lee explains, that fabled night 35 years ago was the worst one.

“That was his biggest pain, the worst he felt in boxing. He cried, cried all night after that loss. It was really tough to take,” he says.

Nothing went to plan, especially the prefight routine.

“It was a huge fight in Vegas and everyone was coming for the fight. Emanuel was also managing all of the entourage and trying to keep them away from Tommy. Trying to keep Tommy focused on the job and not distracted. But there was an incident in the dressing room…

The security guys went to Emanuel. He had to run and go out to the front of the arena, get his people in. When he came back there was a guy giving Tommy a massage, one of the entourage guys. Emanuel never agreed with massages. Especially not close to a fight. I don’t think it makes sense anyway that close to a fight.

“These guys, when they are in the dressing room, they want to seem important. They do things that do not need to be done.

"When Manny came back from the chaos outside of the arena, he didn’t want to say too much because it was already done. He didn’t want to give Tommy the feeling that it was a bad idea: ‘you’ve had a massage before the fight and now your legs are fucked’.”

Hagler’s route to that fight started in Palm Springs. Each day was a dress rehearsal for Hearns. Six-mile runs took up his morning. In the afternoon he’d fight one of his Hitman replicas. Bobby Watts was enticed in as a sparring partner, an esteemed opponent given at the time he was one of only two people to have bested the Newark native. 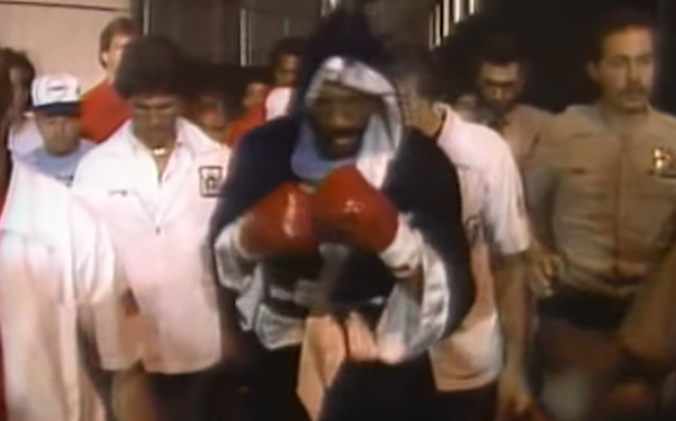 From the moment he emerged and made his way to the ring set up on the tennis courts at Caesars Palace, Hagler meant business. His royal-blue hooded gown enclosed his entire body but for two gleaming red gloves balanced expertly on his chin.

In contrast, Hearns sauntered out flaked by a band of sunglass-bearing tuxedo-wearing hangers on. ABC Sport’s Al Michaels pointed to it straight away: “accompanied by the entourage, he is out of the dressing room and ready to enter the ring.” 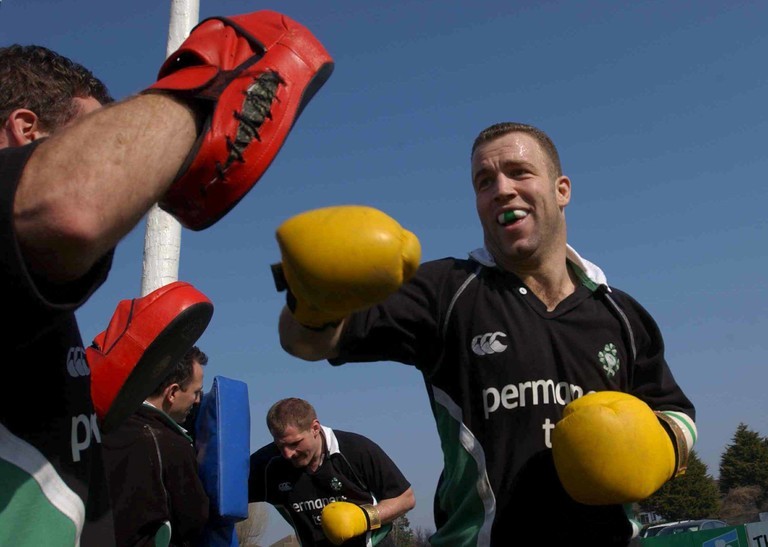 Watching from his Bristol home was ten-year-old Kevin Maggs. Hagler was the future Irish international’s hero. Little did he know it then, but thanks to his rugby career they would soon become friends.

“My Dad wanted me to go into boxing when I was younger. We always used to go to local fights. In Bristol boxing is huge. I knew the likes of Glen Catley and Lee Haskins. I was brought up on it.

“You need to understand that era. Boxers were like movie stars. When a fight was on TV it was the main event.

“I am lucky I also knew Jim Needy, the commentator. That led to it all.” 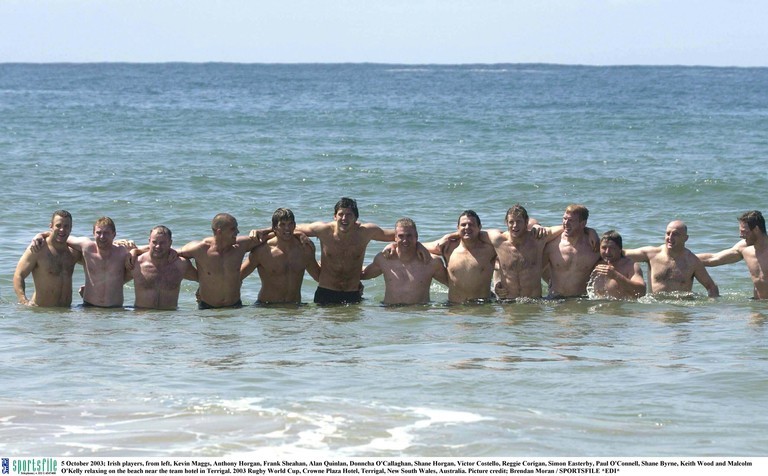 In 2003, Eddie O’Sullivan’s preparations for the World Cup included guest appearances from various speakers. Every evening the squad would gather to hear from a new visitor. One night, polar explorer Ranulph Fiennes discussed his exploits in the North and South Pole. The next night, in walked Jim.

The team were not exactly overawed at the sight of the BBC’s veteran commentator. They were surprised when instead of speaking, he played a video. So it was that the Irish team watched the Hearns vs Hagler hullabaloo.

When it was over, Marvin Hagler entered the room.

“It was a total surprise. I just remember the excitement; I was like a kid at Christmas. He spoke about his career, but the point of it really was how hard he worked.

“To destroy someone in 3 rounds. You know he had something like 60 fights and 50 knockouts before that? But he was just as hungry as he when he started. That will to never give up. Work hard and believe in yourself.

“To get where he did, it took years. 60 odd fights! That is genuinely phenomenal. His record doesn’t do him justice. He had to overcome a lot. A few decisions and draws were questionable and often he found it hard to get fights. They were avoiding him. It’s because of that (Joe Frazier) saying: ‘he was black, a southpaw and he was good’.”

Hagler posed for pictures and signed gloves for Maggs. Later he sent a letter praising their courage in Sydney and vowing to buy an airline ticket and fly there if they made it to the final. Not even the World Champion’s well wishes could solve that hoodoo.

He left a lasting impression. After his visit, the squad sought inspiration in his motto and stuck it up on their team-room wall:

“Starve the doubt and feed the faith.”

From the moment the bell clanged, Hagler took the same approach that would later make Maggs a fan-favourite: consistent crashing cannons. Head down, drive forward until there was nothing left to hit.

The fighters stood toe-to-toe and moved like a tornado around the ring, occasionally pulling referee Richard Steele into its midst as tried in vain to re-set the storm. There was no interrupting it. In eight minutes, 165 punches were thrown.

“I remember Emanuel telling me something,” recalls Lee. “I think it has come out since, but they never talked about it after the loss. So, Tommy broke his hand in that fight in the first round. Anyway, in all the chaos in the dressing room, Emanuel said he never got to wrap Tommy’s hands probably the way he wanted to.”

When I lived with Emanuel, we never watched that fight. We watched him against Durán or Cuevas. We didn’t even speak much about the Hagler fight. I adopted Emanuel’s pain. I hated to see Tommy like that, getting beat. The whole night really. He got carried out of the ring by one of his entourage.

These guys want to look part of it. Tommy could have walked out of the ring. I never liked that photo of him being carried out of the ring like a child. That was just one of his entourage trying to be a part it.

There was moderate panic in Hagler’s corner too. Goody Petronelli liked what he had witnessed after the first two rounds but a cut on his fighter’s head was looking ominous and starting to deepen.

His instructions at the start of the third were clear: take him out.

When the doctor did duly inspect Hagler’s head midway through the round, he struggled to be heard over the howls of an amazed crowd.

“I ain’t missing him, am I?” replied Hagler.

Viewers around the world were captivated. When Lee looks back on it now, it is easy to see why.

“When you have two champions at the highest level, you never normally get a fight like that. It is usually tactical; someone doesn’t want to take a risk. Their skill cancels one another. These two lads came out and let it all hang out.

“Hagler was so clever. He forced him to fight. He forced the issue and made Tommy fight at that pace. In doing so he had to walk through some vicious right hands and suffered a terrible cut. He was hurt as well but weathered the storm and kept going. That is mental toughness.

"It was a total war. An absolute shoot out."

That generation had a defining impact on the Limerick man's career. It fostered a love and appreciation for the sport and its intricacies. 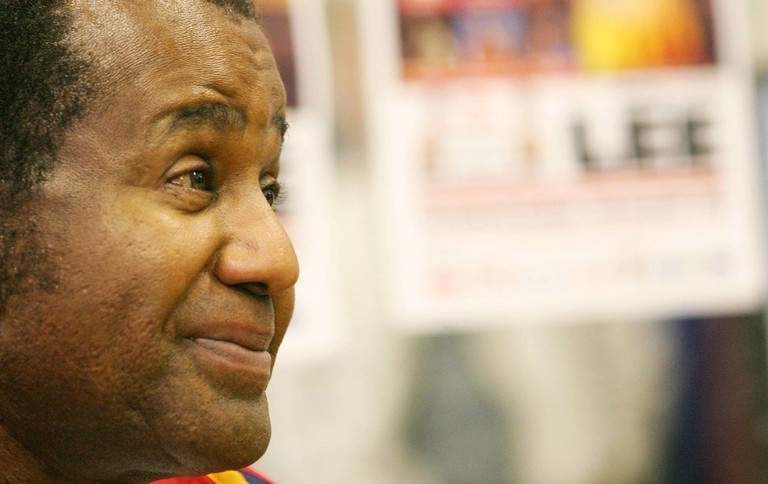 "They were playing card games all the time, all of them gambling. Tommy Hearns, Ray Leonard, Bob Arum and Emanuel. The press conferences were delayed because these guys were backstage playing cards.

"That era had a huge influence on my career. Adam (Booth) watched the fights more than Emanuel did. Emanuel lived it, but Adam would watch and study those fights. Some combination of Hearns, Duran, Leonard or Hagler. True greats."

For Maggs, April 15, 1985 was a night that got to the essence of boxing. Some of the most spellbinding drama humanity can behold.

"It is what attracts people to the sport. A trait that is hard to describe. Some spirit. I think that is either in you or it is not.

"That separates champions. That night we saw the lengths fighters were willing to go to in order to achieve. How much they were willing to give and take. You rarely see that so clearly. That fight had ups and downs, it was a journey. You were tired watching it, imagine how they felt?

"And it all happened in three rounds." 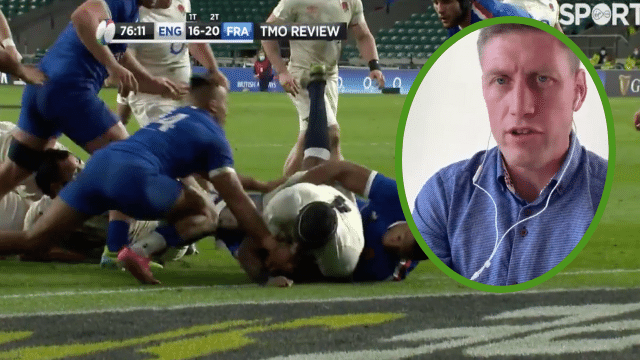 Boxing
2 months ago
By Donny Mahoney
Quigley Relishing Chance Of Joining Irish WBO Boxing Lineage
Boxing
2 months ago
By Balls Team
'I Believe In Him... We’re Going In With Every Intention Of Winning The Fight'
Boxing
5 months ago
By Jonathan Byrne
'There Have Been Many Lives Saved Through Boxing': Calls For Increased Funding After Tokyo Glory
Previous Next

Boxing
2 months ago
By Donny Mahoney
Quigley Relishing Chance Of Joining Irish WBO Boxing Lineage
Boxing
2 months ago
By Balls Team
'I Believe In Him... We’re Going In With Every Intention Of Winning The Fight'
Boxing
5 months ago
By Jonathan Byrne
'There Have Been Many Lives Saved Through Boxing': Calls For Increased Funding After Tokyo Glory
Popular on Balls
Snooker
2 days ago
By Gary Connaughton
Ronnie O'Sullivan Couldn't Get Over Stunning Mark Williams Escape Shot
32