How To Watch Joshua Vs Usyk: What Time and How Much?

With a fight against Tyson Fury looming in the future, Anthony Joshua faces Oleksandr Usyk for Joshua's WBA, IBF and WBO world titles at Tottenham Hotspur Stadium. Usyk is the WBA mandatory challenger for the title and the Ukrainian will be no easy task for Joshua. So, here's how to watch Joshua vs Usyk and all the info you need to know.

How to watch Joshua vs Usyk

The fight card will be available live on Sky Sports Box Office. The card will cost €27.95.

To book online go onto skyboxoffice.com/events.

What time is Joshua vs Usyk at?

The main card starts at 6pm. The main event is expected to start at 10:30pm.

Who's on the rest of the card?

There is another world title fight on the card as Lawrence Okolie takes on Dilan Prasovic for the cruiserweight title. Here's the whole card.

How do both fighters look?

There was a huge gap in the weigh-ins as Joshua is nearly 20 pounds heavier than Usyk. Therefore many have questioned whether Usyk can compete with the brit. Others believe it could be Joshua's biggest challenge yet.

The pair won Olympic gold in 2012 and have shown a lot of respect for each other in the run up to this fight. Joshua said ahead of the fight

I respect the man. He has achieved phenomenal things."

Joshua definitely learned from experience that he cannot underestimate any opponent. Losing to Andy Ruiz Jr almost derailed his career. However, Joshua is in his eleventh consecutive world title fight and if he wants to make it twelve against Tyson Fury he will need to put in a good performance against the tough Usyk. 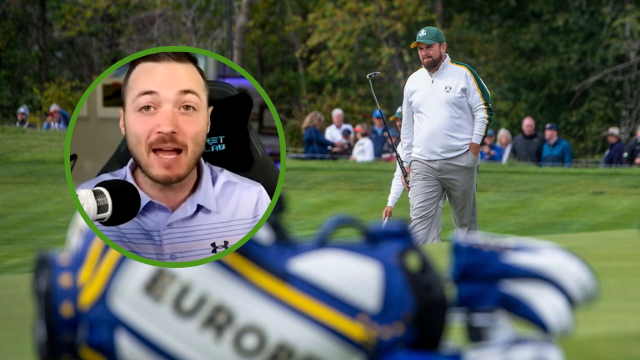 Boxing
3 months ago
By Daniel Hussey
Tyson Fury Trolls Anthony Joshua By Offering To Train Him For Free To Beat Usyk
Boxing
3 months ago
By Gary Connaughton
Watch: Eddie Hearn Was Fuming With Comment From Fan After Joshua Loss
Boxing
4 months ago
By Jonathan Byrne
Why Anthony Joshua Is In For The Biggest Test Of His Career On Saturday
Popular on Balls
GAA
2 days ago
By PJ Browne
Insane Drama As Late TJ Reid Goal Sends Ballyhale Into All-Ireland Final
Rugby
1 day ago
By Colman Stanley
Yesterday Was Not The First Time Wayne Barnes Sent A Player Off For Getting Lippy
Rugby
22 hours ago
By Colman Stanley
Champions Cup Predictions And Permutations For The Irish Provinces
The Rewind
2 days ago
By Jonathan Byrne
The Definitive Ranking: Deli Items Ranked From Best To Worst