How To Watch Katie Taylor Vs Firuza Sharipova

Katie Taylor defends her WBC, WBA, IBF, WBO and Ring Magazine lightweight titles when she takes on Firuza Sharipova. This will be Taylor's fifth defence of all the world titles as she looks to cement herself as one of the best boxers of all time. Here's how to watch Katie Taylor vs Firuza Sharipova and all the info you need on the fight, including what time is Katie Taylor fighting.

How to Watch Katie Taylor vs Firuza Sharipova

You can watch the fight on DAZN, if you aren't already familiar with DAZN, read our introduction to the streaming platform here.

What Time Is Katie Taylor fighting?

The fight will take place in the M&S arena in Liverpool on Saturday 12th December.

The card is set to start at 7pm, so ring walks for Taylor vs Sharipova should take place between 9pm - 10pm.

Who is on the fight card?

Katie Taylor comes into this fight with a 19-0 record including six knockouts. This will be her third fight this year and her fifth since August 2020 so fatigue may play a factor as Taylor hasn't really rested at all in the last year. However she has dominated the lightweight division, winning her last five fights by unanimous decision and is the bookies' favourite to win again.

Sharipova isn't too shabby either. She has been unbeaten for over five years and her only loss in her pro career came in her first fight when she lost to Sofya Ochigava, the woman Taylor beat for the gold medal at the 2012 olympics. Sharipova has actually called on Ochigava for her training camp to help her beat Taylor. Sharipova should be one of Taylor's toughest challenges yet in her unbeaten pro career so far. 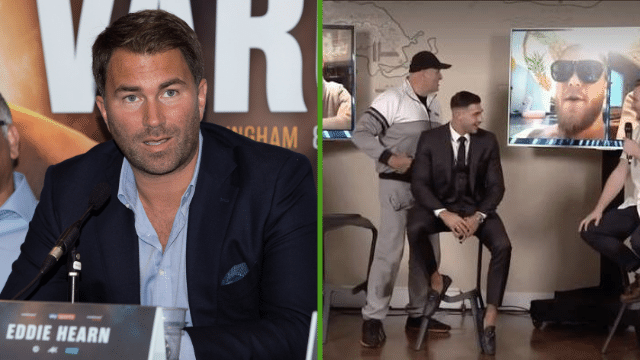