The Troubles And Boxing - How One Defeated The Other

It's a quiet autumnal night, the year is 1982 and Belfast is the bedrock of the Troubles. On this night however, as everyone makes their way home from an enthralling night at Ulster Hall, all is calm.

A mile-and-a-half away, at the Mater Infirmorum hospital, Davy Larmour and Hugh Russell lie on adjacent beds - bruised faces, swollen eyes, deep gashes. They had been the source of entertainment at the iconic Belfast venue

Larmour, a Protestant from the Shankill Road, and Russell, a Catholic from New Lodge, lie in pain - pain they had inflicted on one another.

When a horrified doctor walks in, asking who had done so much damage to Larmour's face, the Shankill man pointed to his neighbour in the next bed. With a carefree chuckle, he says: "You might not believe it, Doc, but Hugh won the fight."

It's one of a number of powerfully evocative mages from 'In Sunshine or in Shadow: How Boxing Brought Hope in the Troubles', a book which attempts to illustrate how such a violent sport became such a source of peace in what was one of the most volatile places on Earth.

Here was a boxer from the heart of loyalist Belfast fighting the darling of New Lodge, a deep-set Republican stronghold in the city. Both of them produced a bloody battle, in one of the bloodiest periods of this little island's history, before setting off together in the back of Larmour's taxi for treatment. 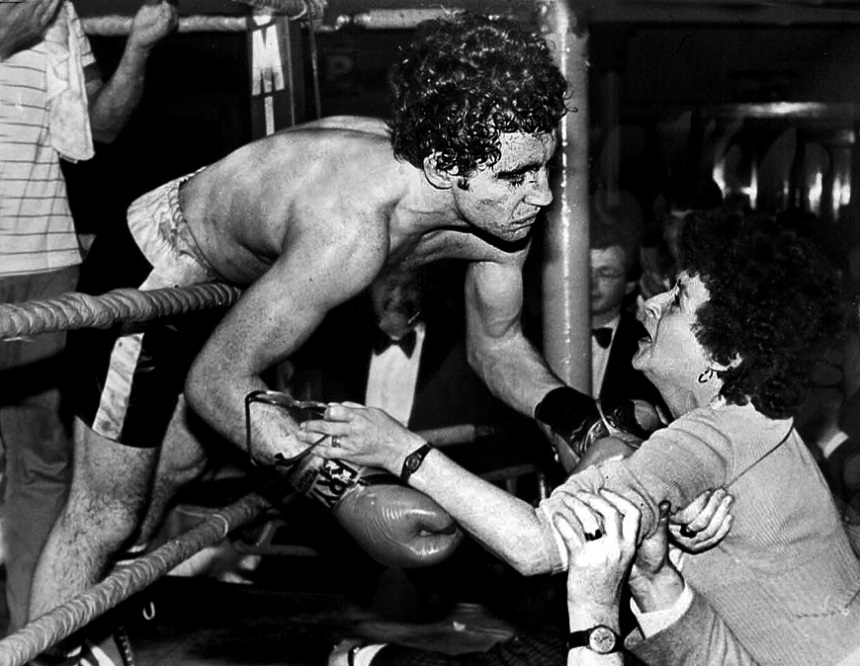 "It's beautiful - that's boxing," says author Donald McRae, as he vividly paints the pictures - of Russell brawling with Larmour, of the temporary release of peace that night, of Russell leaning out over the apron to embrace his mother.

Though therein lies a slight inaccuracy - because this is a book that provides a myriad of snapshots into the power of pugilism during that fragile period. All of which revolved around one remarkable figure - Gerry Storey.

He's a well-known character but the depth of his involvement in the Troubles is largely unknown.

For example, the boxing trainer regularly entered the infamous Maze Prison voluntarily, to carry out training with some of the most notorious Loyalist and Republican prisoners - men guilty of murder and some of the most heinous crimes that took place in the region.

Not only that, some of the most infamous names, associated with the likes of the IRA and the UVF, worked together within the confines of the prison as a result of Storey's work. All of which begs the question - what was it all about?

In the city, the trainer wielded an influence like nobody else. Over the course of the last few years, McRae learned that the presence of Storey's battered Ford Cortina was enough to bring about a temporary local ceasefire - from both factions within the community. Fighting would eventually resume, but not while the trainer was around. He boasted that aura, that respect - a sense of serenity in the face of hatred.

And despite a general dearth of hope elsewhere, as well as assassination attempts, Storey was never distracted from his quest developing boxers, irrespective of background. 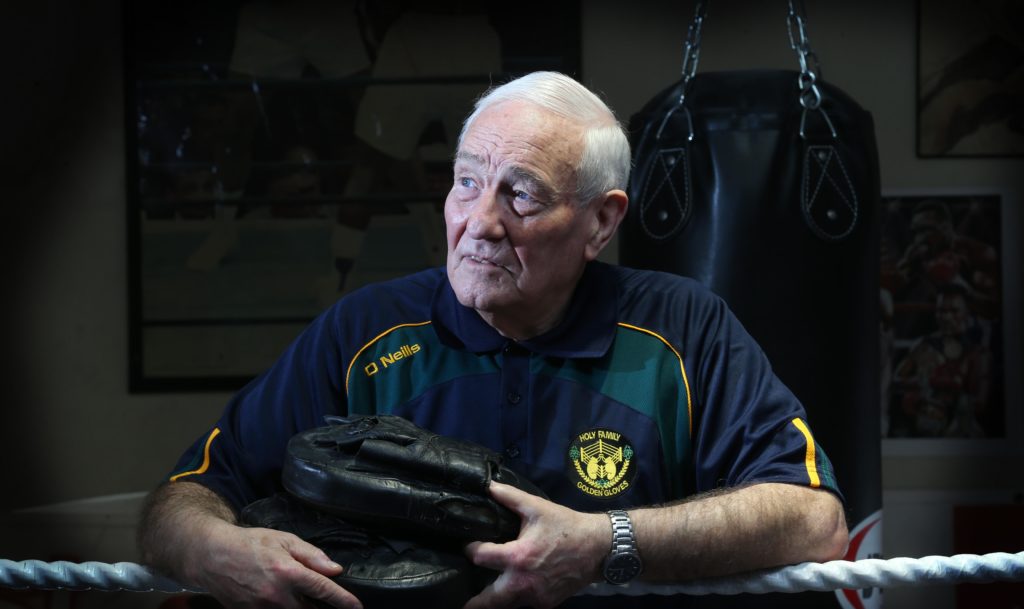 "He’s the type of guy," continues McRae, "that will talk about the assassination attempt as if he had been out to get a pint of milk and the bottle had smashed. He’d make a quip about it.

I think as the book unfolded, and our work together unfolded, he began to look back with clearer eyes.

He’s almost saint-like. I asked other people because he couldn’t have always been like this but he actually is. I’ve interviewed him on tape about thirty times, I’ve seen him with kids and I’ve seen him with famous people and he’s exactly the same with whoever it is.

He helped me meet some of the former gunmen in the Maze prison - on both sides - and again it was quite illuminating to see these hard men who had been in jail for life, and had killed people, and they absolutely adore him. This is a man like no other.

But this isn't a biography. In fact, it revolves around the story of five characters - Charlie Nash, Davy Larmour, Hugh Russell, Barry McGuigan and the man responsible for seamlessly weaving their lives together at the Holy Family Gym.

The story pays homage to the men who avoided violence when it seem liked the only option. And perhaps, rather pertinently, it's an indictment of the political class. Perhaps, it's a 'How-to' guide for today's elected representatives to learn from the actions of humble and modest figures, and from the mistakes of their predecessors.

Thanks to my editor @IanPlayfair at @simonschusterUK for this photo of my new book In Sunshine Or In Shadow, published on 30 May. Thanks most of all to Gerry Storey, @ClonesCyclone, Charlie Nash, @russellhugh1 & Davy Larmour for sharing the hope boxing gave them in the Troubles. pic.twitter.com/YHczbxnQAw

The advent of Brexit - after McRae commenced writing - makes the book all the more consequential, promoting it from just a position on the sport shelves.

Growing up as a "privileged" white man under South Africa's Aprtheid regime, McRae felt he could relate to the situation in Northern Ireland. And while South Africa may have been thousands of miles away, nobody is better placed than the esteemed boxing author - as strange as that may sound - to recount those complex and delicate years.

When I was a kid we never heard about Nelson Mandela being in jail. We knew his name, but he was invisible.

But there was something about Belfast. I had these little kernels of idea in my head. McGuigan took me to the Holy Family - Gerry was out that day - but it looks like quite an ominous place. It’s all gunmen slogans on the walls.

It feels a bit like being in the 1980s - they’ve got slogans against Thatcher. So I just thought there was something here.

As the book went on you could just feel these undertones of violence and whenever I went to Belfast there was a shooting - someone would be killed. The book finished and had gone to the printers and about a week later Lyra McKee got killed.

I’ve never met her but just reading about her she seemed like a phenomenal young woman at 29. She was such a hopeful person and I think it kind of chimed with the hope that these guys had.

That hope was a trait fostered by Storey, a man who developed personalities along with fistic skills. 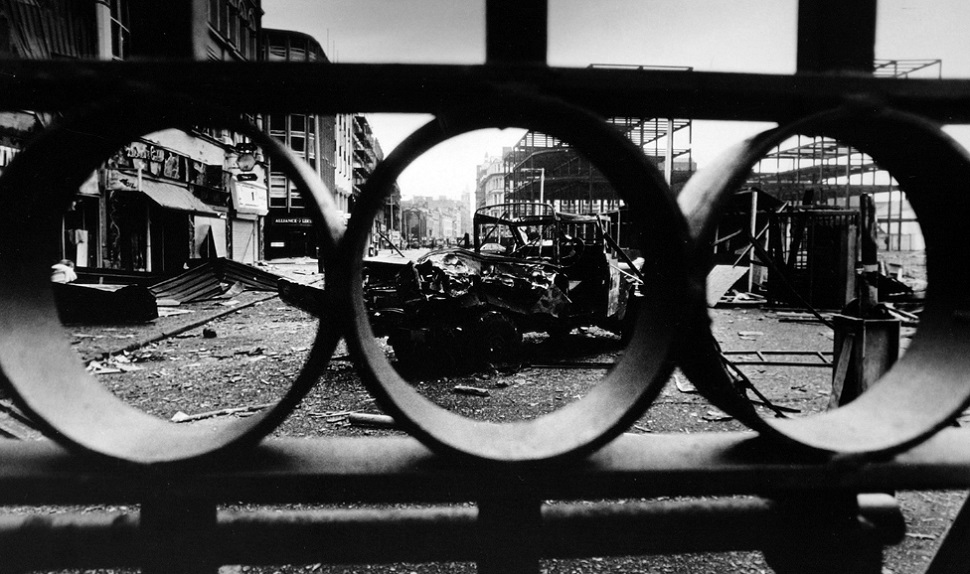 That work then manifested itself throughout the years, when his fighters were placed in the most brutal of situations - ones that demanded ultimate restraint. Like the time Larmour was told about the man who killed his father.

Or the time Charlie Nash identified his slain brother on Bloody Sunday.

Davy's whole attitude was: For what good would it do me or my Dad if someone else was made to suffer. Even now, Davy is a fighting man - he looks like a fighter. He’s a tough guy and I was just moved by the way he chose peace.

That echoed with Charlie Nash, losing Willie (his brother) on Bloody Sunday and, two days later, the IRA are coming to him. Charlie is the most famous man in that city as the best amateur boxer. They want him to join them and he just says, 'No.'

Basically, in essence again, he says: what good will it do me, my family or anyone else? Gerry holds them all together because he trains all of them. But they all had this sort of perspective that violence just leads to more violence.

To this day, football shirts are banned in Storey's gym. So is political talk.

This is - always always been - the Storey way. The trainer didn't even know the details of Willie Nash's death, despite Charlie travelling to the gym from Derry every weekend in the lead-up to the 1972 Olympics.

The mark Storey has left on the Northern Ireland community may be imperceptible, but it is indelible. That much is acknowledged by everyone who has had dealings with the man. 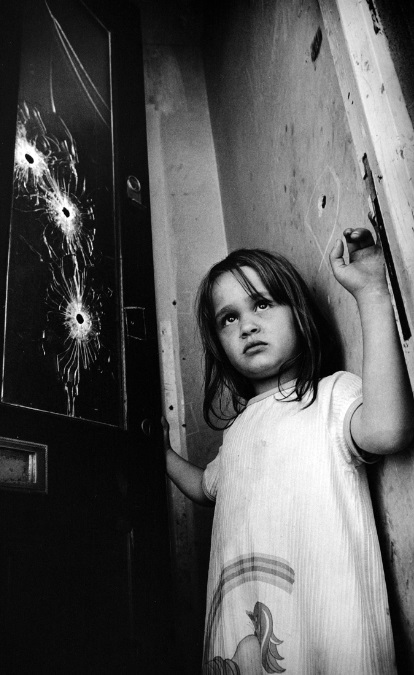 Billy Hutchinson, a prominent member of the UVF in the Maze prison, told McRae that the trainer was pivotal in the success of the Good Friday Agreement. There was a sliver of trust there. They knew the people they were dealing with on the other side of the table.

Gerry took me to Billy Hutchinson's office and they had a huge hug and Gerry then left me so I could spend a couple of hours with Billy and he gave me this beautiful interview about what had happened in the Maze, but also what Storey had done as a person.

Then, I think the next day Gerry brought me to meet Bik McFarlane, who had been Bobby Sands’ colleague. And he had been the press officer in the Maze. He was a fascinating man. Whatever people think of his politics and his involvement in violence, there’s another side to him. He’s a poet, a musician - but I didn’t get to know him because it was kind of made clear to me that Bik would not want to talk on tape. So I just had an informal chat over coffee.

Hutchinson went into even more detail about how him and Gusty Spence, quintessential UVF leaders, talking to the IRA in the next cage. They'd ask each other: ‘How’s the boxing going?’

There’s stuff I didn’t even mention in the book. He managed to get them coloured TVs because he was showing them Rocky.

To this day, Storey is still working on his legacy, churning out the next Nash, the next world champion to follow in the footsteps of Barry McGuigan, whose world title success in 1985 bookends this marvellous story.

The story could have gone one; the pages, alas, ran out. But the message is salient. And within Storey's sanctuary, relationships like that between Russell and Larmour are continuing to flourish. That trumps any world domination. 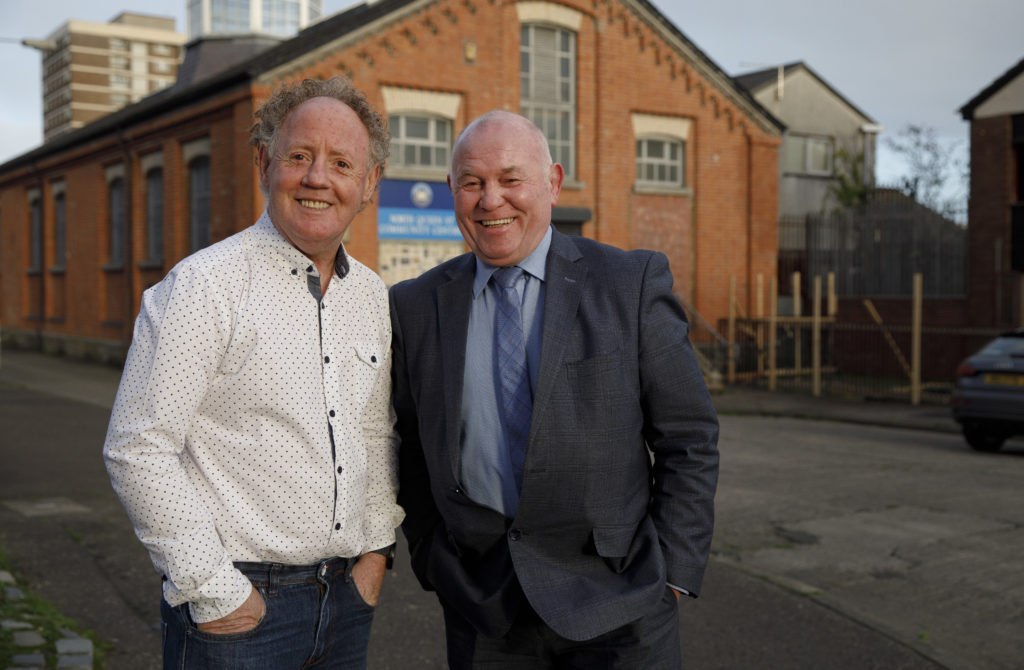 "Boxing was a salvation for some, a graveyard for others," McRae wrote. But in the vortex that was Northern Ireland, there was more salvation than graveyards from a boxing perspective - a fact that make this book so riveting, a fountain of hope for those willing to overcome the brewing turbulence that remains.

It's proof that there's no need for a Mandela-type figure - not when you have people like Nash and McGuigan, Russell and Larmour, and - of course - Storey devoted to peace - outside the ring. There was enough war inside the ropes for them.

Boxing, at then end of the day, was a constant ray of sunshine in a world otherwise clouded in shadows. The hope is that sunshine can continue to outshine the lingering shadows that have refused to lift.

Characters like the he aforementioned - Lyra McKee included - offer the region their best source of hope.

Donald McRae’s In Sunshine or in Shadow: How Boxing Brought Hope in the Troubles is published by Simon & Schuster