'When It’s Your Brother, A Sibling, Someone You Love... It's Horrible'

Just before this interview, Jamie Conlan stands in Sirius XM's studio, Midtown Manhattan. Looking through the glass as his brother prepares for a big interview of his own. Jamie on the outside, looking in.

Not long after, the situation will replicate itself at Madison Square Garden. Jamie Conlan, once a damn good boxer in his own right, watching on as his brother headlines the St. Patrick's Day show.

A subjective witness enduring a multitude of emotions as he watches Michael in action. Pre-fight nerves were a familiar sensation as a boxer. Now as his brother's manager, it only gets worse. 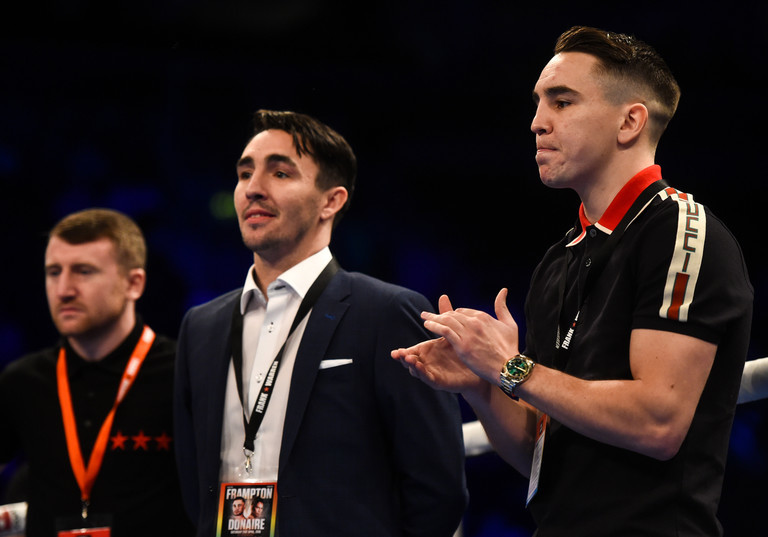 "It's 100 times worse," Jamie Conlan admits. "It's out of your control. Totally out of your control. At least for me fighting, I know... I know I have prepared for eight weeks to face some fella' across the ring. I know what he is going to do, I know what I will do. I can control the controllable. Worst case, I get knocked out. Whatever comes at me, I can handle."

When it’s your brother, a sibling, someone you love, you can't do anything. It’s even worse knowing what's needed. You're understanding the pressures, the situation, the circumstances. It is just horrible.

Every sportsperson has to have some kind of egotistical level of sole focus. It's all about them, that's all you worry about and all you think about. You can’t think about anything else.

It's different on the outside. I remember in Rio at the Olympics, when everything was happening in Rio, my dad was in the corner with Michael. All the mania and I remember just looking at my dad's face. Everyone was focused on Michael and his reaction, that got most of the attention and the eyes.

Yet I was looking at my dad's face and saw a heart-broken father, looking on at his son’s dreams being shattered. So while everyone saw the raw emotion from Mike, I’m also looking at a broken man. 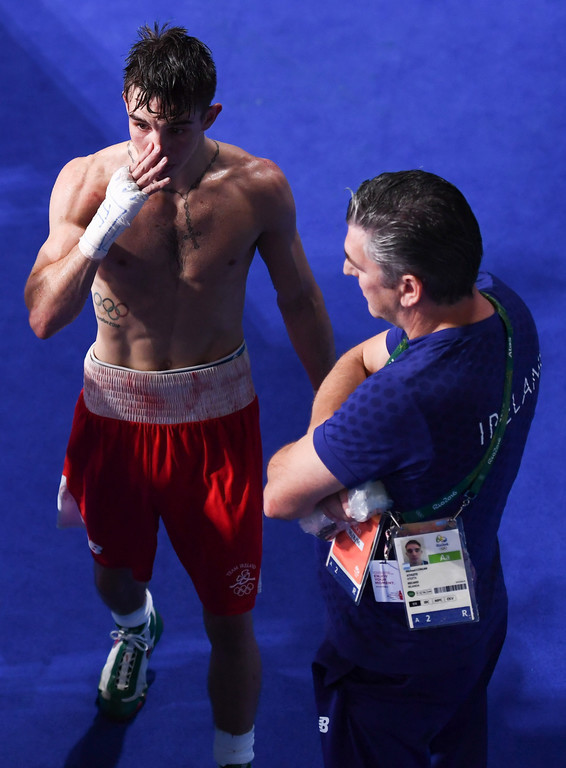 From active participant to concerned onlooker. It is a transition that still demands adjustment.

"Our mother comes everywhere to the fights but she doesn’t understand the price or anything, the momentous occasion that it is. She is just there in full support, doesn’t understand all he is going through. All he needs. Everything that will come his way.

"Myself and my father are involved in the sport and the career, you see and feel it. It’s like jumping in a car and a monkey is driving and you can't do anything about it. You have to trust the monkey!"

Conlan's own career saw him rack up a series of All-Ireland junior titles and a senior title before turning pro. Twenty fights, only one loss, followed. He has not laced up his gloves since 2017 when he lost an IBF super flyweight title in his hometown.

The family are steeped in the sport. It's all the brothers wanted to do and what they are renowned for. On Sunday, Michael will continue his exposure to the bright lights of New York with a bout against Mexican Ruben-Garcia Hernandez.

Ever since his Olympic controversy, his career has been meticulously planned and organised by the expertise at Top Rank Promotions. It's a luxury his older brother was not afforded. Town halls and ice arenas were a regular haunt. Yet there is no sense of envy or sour grapes. The game is the game, Jamie knows that all too well.

We’re polar opposites. We are completely different people in the boxing atmosphere, different stratospheres! I came in as an unknown, on undercards, fighting at 5 o'clock in the afternoon or 1 am after the main event in leisure centres. Michael comes in with expectations that could be untouchable for any human being, he carries the weight of a nation. His debut is a sold out packed Madison Square Garden. Ireland's next big hope.

At that stage of his career, he is meant to be on an undercard learning his trade, making mistakes and learning from them. Whereas now he is under the watchful eye of everyone, casual fans, reporters, diehards… they are watching his every move. Judging and scrutinising. I was able to learn and make mistakes and get better. I wasn’t overly criticised the way he is. It is completely different, a different thing altogether.

There is a duality in boxing that fighters often struggle to uphold. A need for room in the wide open spaces that exist outside of the spotlight's glare. A margin to hone their craft. Yet simultaneously, attention means an audience. An audience means money. The paid ranks are about money.

Jamie Conlan knows each world. He has navigated them both, as a boxer and a manager. It's experience that infiltrates the management of his younger brother's career.

"There are positives and negatives. Every fighter dreams and craves media attention to build a career. It's a profile, a brand. You'll gain extra money, that’s financially rewarding. On the flip side, you are in the eye of the storm for every fight.

"You are supposed to be building as a fighter and a person, growing and learning. You usually do it, not necessarily behind closed doors, but on a smaller scale. Only a select few can handle the pressure and the rigorous demands Michael is under." 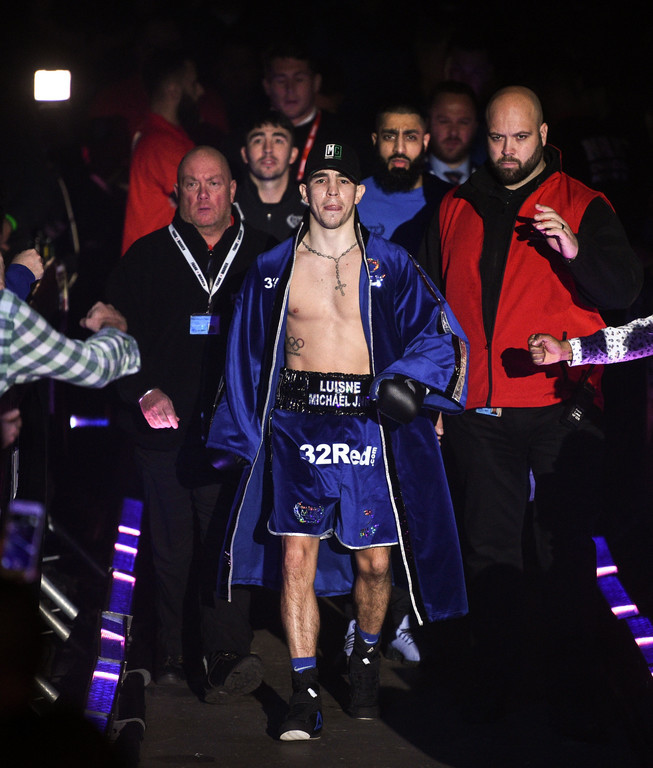 It's not that long ago that a Jamie Conlan pre-fight camp would involve meticulous preparation without knowing specific fight details. A Tuesday would bring three different potential challengers. This was not just preparation for an opponent but aspiration for one.

There is no sense of bitterness. Jamie Conlan speaks with a forthright honesty welcomed in an increasingly deceptive world. At the same time, it is clear there is an emphatic desire to ensure this is not the reality for the pros of today. It doesn't have to be this way.

When I started out, you have the big promoters in Eddie Hearn and Frank Warren. They came over, they get a big fight. Here there was also Paul McCloskey. Promoters that come over once a year or twice a year. It’s feast or famine. You get a go and you know 'this is it.' But then they go away again.

There have always been a grassroots in Ireland. A small show in front of a few hundred people with not much money but it keeps fighters out and active. But in terms of a professional boxing scene, there was none. It did not exist back then.

It made you feel like 'okay, we are going to be brilliant. Every month or three months we’ll get shows' and it never pans out like that. Fighters were brought over to beat our guys. They weren’t treated or built right. They weren’t growing stars.

You think you are doing great by shifting tickets. 'Hey! Look at me. I can bring a crowd.' They really didn’t give a shit about you, they got tickets and went away to another show. There was no time or money or expertise invested in boxing here. 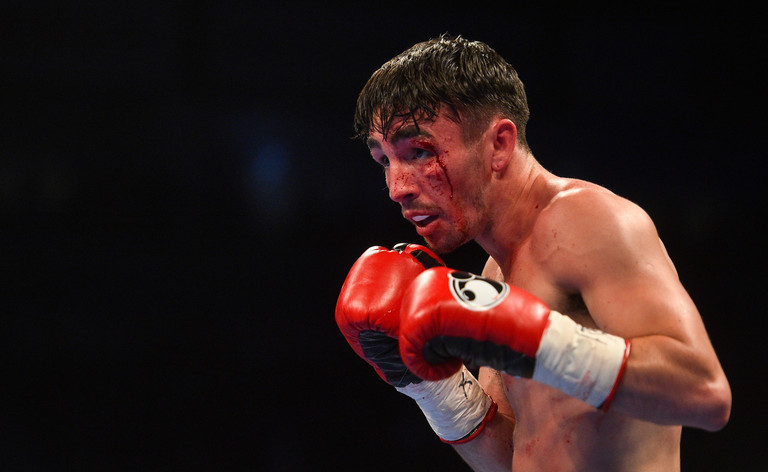 Sunday night is about more than a rung on a ladder. Michael Conlan has spent his recent camp sparring elite-level competitors like Olympian David Oliver Joyce as well as IBF and WBC number eight Ludumo Lamati. It's all building towards a fight in the trenches against a come-forward aggressive Mexican.

Michael is as focused on the performance as the result. He has recently heavily criticised his own showings despite remaining undefeated. Jamie compares it to Katie Taylor's persistant demands for competitive bouts rather than mere formalities.

There is meaning in the process.

"That comes from the Irish high-performance system. They were always told, win every minute. Start with the first minute and go on. Even when they lost, it was never about the result. It was about the performance. You will get dogged in certain countries, that is inevitable at that level.

"Places with no cameras, in the Olympics all the cameras are on you and you still get robbed, so you go to places knowing the results won't go your way. The performance is all that matters. The win is first and foremost in the pro game, but how they perform and if they have improved on previous performances is huge."

During the recent MTK Republic of Ireland ban, Jamie Conlan was one of the few to publicly declare his yearning to see its fighters operate in the south for the sake of Irish boxing. Now that the ban is over, he maintains a strong hope that the Irish boxing love affair can be rekindled.

At the same time, Conlan is a realist. Raw materials exist but not much else besides that. It's time for someone to start building.

Mick and Paddy (Barnes) were built on RTE. Through the Olympic games, they have reached that audience. Grannies and grandads know who Michael and Paddy are. We just need to kind of get there now. The lay off the land is… it’s there. We have the stars to do it. Michael, Paddy, Gary Cully has superstar potential. Eric Donovan is a guy who people know.

Not just people who watch the interviews, who read and follow boxing, who are willing to go to a show at 5 pm to watch a full undercard. People on the street, in shops, in cafes, they know who Mick is and Paddy is and they know the others guys is there. The potential to grow and finally, finally, build a market in Ireland.

As for his younger sibling, Jamie is in no doubt about the heights he will scale. A trajectory has been laid out for Michael Conlan, with a world title on the horizon. Watching over it all will be his older brother, still deeply invested, still desperately anxious.

"We are on a path for Michael to become a superstar in boxing. I have seen him do things in the gym and in the ring, I've yet to see any other fighter do it. I mean in person. He’s the most talented fighter I've ever been around. I don’t just say that because he is my brother. I'm talking about the combination of hard work and talent. He is just so mentally and physically focused.

"I mean this, I believe he will be a world champion in the next two years."

SEE ALSO: 'It's A Great Time For Irish Sport To Put A Stamp On The World. They Could Be The Leaders'