Anthony Joshua has took to social media to air his displeasure that his fight with Tyson Fury may be off. A spanner has been put in the works ahead of their upcoming super fight in Saudi Arabia.

On Monday, a court of arbitration ruled that Fury, the current WBC champion, will have to fight Deontay Wilder again before a September 15th deadline.

The news means Joshua may have to turn to Oleksandr Usyk, who's next in line for a shot at his IBF, WBA and WBO titles, instead of the proposed super fight with Fury.

.@Tyson_Fury the world now sees you for the fraud you are.

You lied to the fans and led them on. Used my name for clout not a fight.

Bring me any championship fighter who can handle their business correctly.

@anthonyjoshua your more full of shit that Eddie, Spouting absolute shite! your full team knew there was an Arbitration going on, it was out of my hands! but i tell you what if i’m a fraud let’s fight this weekend bare knuckles till 1 man quits? let’s put up 20 mill each!!! 🖕🏻🖕🏻 https://t.co/NbCvwn6YfN

The war of words continued, as Joshua asked, "why announce to the world we are fighting! The fight was signed!". He added, "I'll slap your bald head & you’ll do nothing! Waste man."

The attention now turns to when Joshua will fight Usyk, if the Fury/Wilder is to be held to a September deadline. The bout is rumoured to be scheduled for August in a UK venue.

Eddie Hearn, Joshua's promoter, has said the Fury vs Joshua fight may be delayed until December to allow Fury to rematch Wilder and Joshua to box Usyk.

According to Hearn, he claimed he was "told the arbitration wouldn't be a problem but obviously it is a problem. We have to think on our feet. We have to act accordingly. We still hope the fight can go ahead but it's out of our hands."

Anthony Joshua vs Tyson Fury has been a longstanding super fight in the works, but given recent news, it looks like we might have to wait further to see it come to fruition.

See Also: Sheamus Reveals He Once Had Backstage Fight With WWE Star Over Rent Money 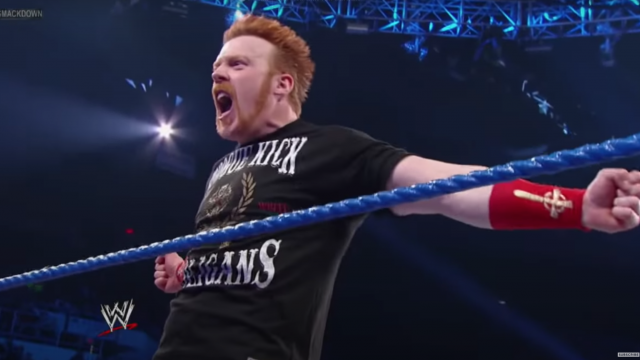