Eddie Hearn would like to see a Katie Taylor vs Amanda Serrano rematch happen in Croke Park.

"Let's do it again, Amanda!" the Bray fighter told her opponent as the two stood in the ring after the bout.

Her promoter Eddie Hearn said he sees a "big rematch later in the year".

"Katie Taylor is one of the greatest things to ever come out of Ireland," Hearn told DAZN.

"If we don't go back to Ireland for a fight before her career is done, it will be a big, big shame.

"I think we should run this rematch back in Ireland, let Katie Taylor fight for the first time back in Croke Park."

Serrano's promoter Jake Paul added: "100 per cent [Amanda would fight in Ireland]. She's a true champion. We're ready whenever, wherever.

"Clearly, the Irish fans are mad. We've got some unsettled business. Like I said, that was draw. Let's run it back in Ireland. September, October, this fight just got a whole lot bigger."

Hearn said that in the middle rounds of the fight, as Taylor took a real beating from Serrano, he thought it was over for the Irish woman.

"The fourth was treacherous, the fifth was tough, but she came back, and how she managed to win the sixth, the seventh, the eighth, the tenth was very close," said Hearn.

"It was just an amazing fight. It was just a thrilling fight. And I said before, the way that women's boxing has longevity, and sustainability is for its quality.

"Tonight, forget male or female, you just saw one of the greatest fights in the history of Madison Square Garden.

"I'm so proud of Katie Taylor. The greatest Irish athlete of all-time in my opinion. She's such a humble individual, such a great role model."

"You just saw one of the greatest fights in the history of @TheGarden" - @EddieHearn #TaylorSerrano pic.twitter.com/exNjroHJsl 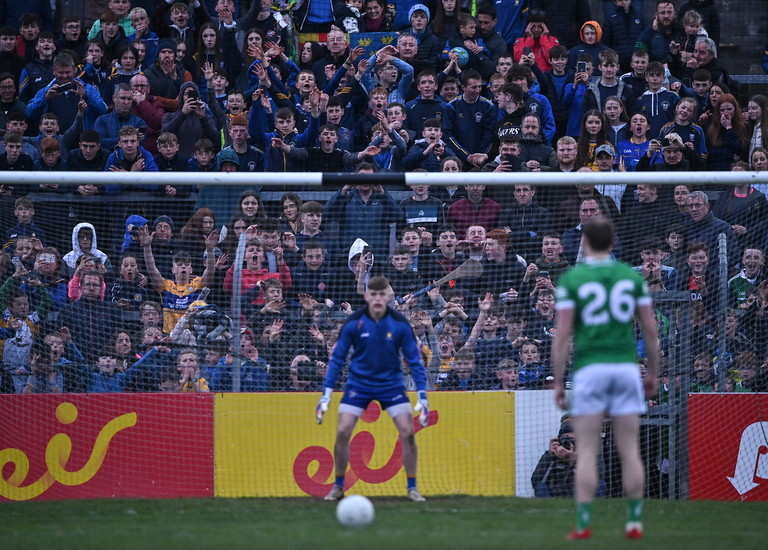 30 April 2022; Clare supporters look on as Robbie Bourke of Limerick prepares to take a penalty against Clare goalkeeper Tristan O'Callaghan in the penalty shoot-out of the Munster GAA Senior Football Championship Quarter-Final match between Clare and Limerick at Cusack Park in Ennis, Clare. Photo by Piaras Ó Mídheach/Sportsfile